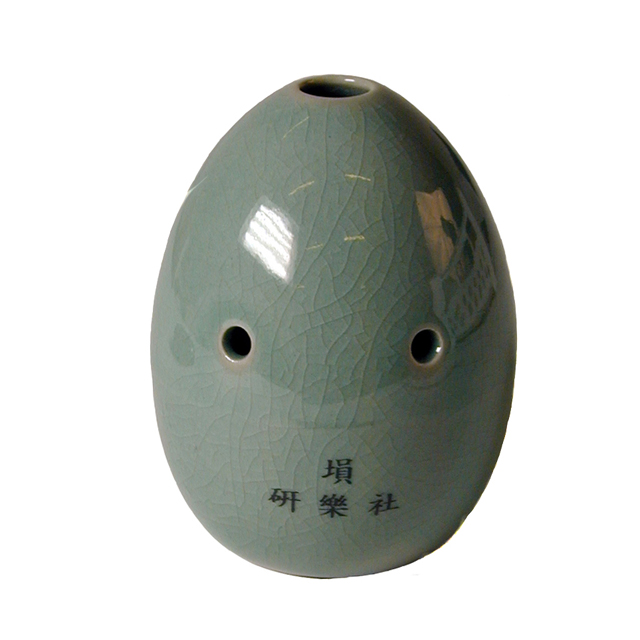 The hun is a traditional instrument of Korea, although it probably originated in China. It is used in Buddhist ceremonies honouring Confucius as part of the ritual music known as aak. In these ceremonies, the hun plays very slow melodies, in which each note ends with an upwards glissando, as the player slides his fingers from the holes. This example was acquired from the National Center for Korean Traditional Performing Arts in Seoul.