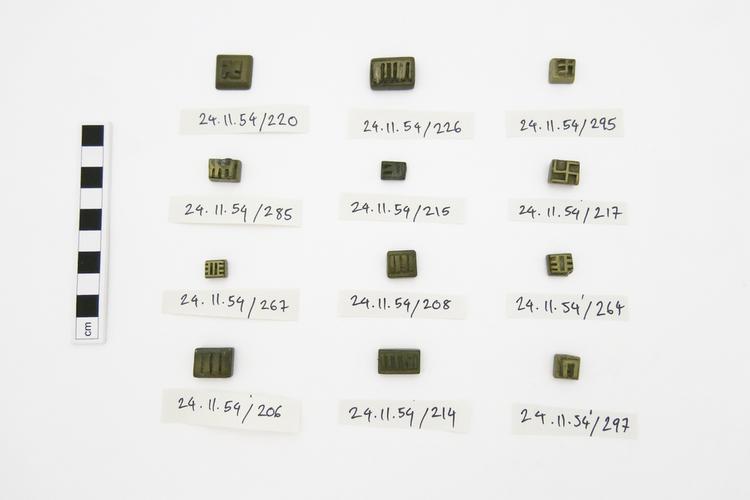 Gold weight, with a raised swastika shape. It it thought that the symbol may have arrived from India and is common on embossed leather amulets These geometric examples are thought to be earlier than the figurative weights which were introduced in the 1500s.