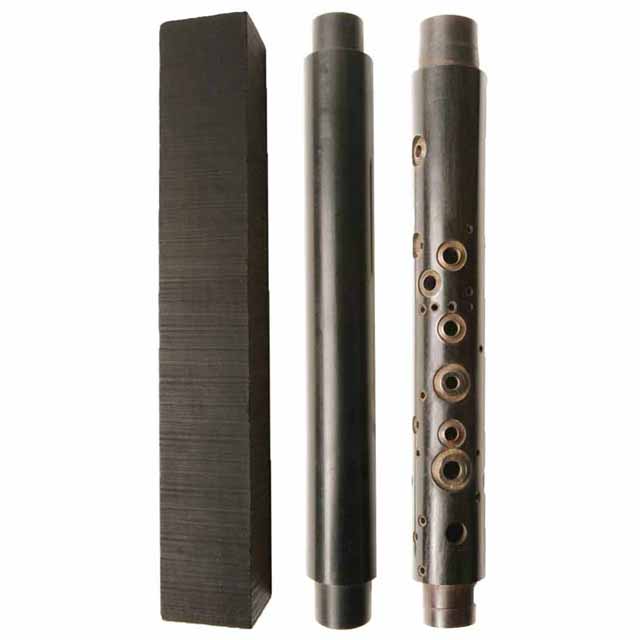 These components show the basic stages of how clarinet parts were made from raw timber at the Boosey & Hawkes factory in Edgware. The best clarinets were produced from Dalbergia melanoxylon (African blackwood, grenadilla). Originally, Boosey & Co. bought this wood from cargo ships docked in London that had sailed from Africa and used grenadilla logs as lading and ballast. Later, Boosey & Hawkes staff travelled to Tanzania to hand select wood. Only the trunk of the tree was suitable for instrument making. A large 100 year old tree provided wood for approximately 12 clarinets. Clarinet making was the most important woodwind production activity at Boosey & Hawkes. During the 1950s, over 200 clarinets per week were made at Edgware.