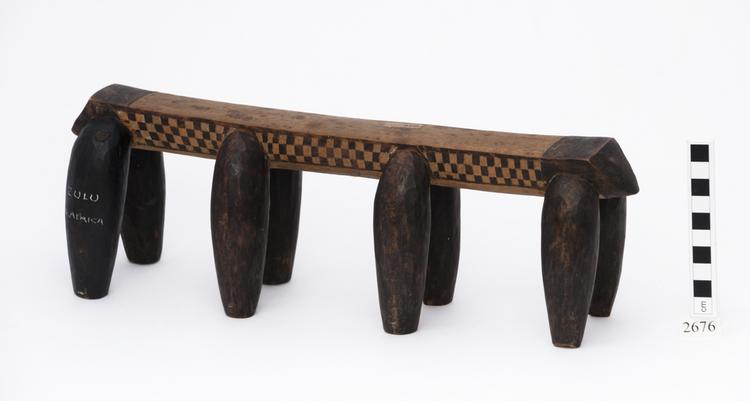 Wooden Zulu headrest with a bovine form. It has four sets of legs, thought to invoke the idea of a herd of cattle, and a chequered middle section.

Overall, the form of the present headrest resembles a bovine. It is of the ‘fat-legged’ type described by Nettleton, 2007, 268. Its four pairs of legs may be intended to ‘invoke the idea of a large herd [of cattle]’ see Klopper, S. in Phillips, T., 1995, 207. The reference to cattle has a dual function; cattle are a source of wealth and also vital for communicating with the ancestors (Ibid.). The legs of this headrest also suggest the hips and thighs of a young, nubile woman, apt for an object presented as part of a woman’s dowry. References: Phillips, T., 1995, 207- 208. Nettleton, 2007.