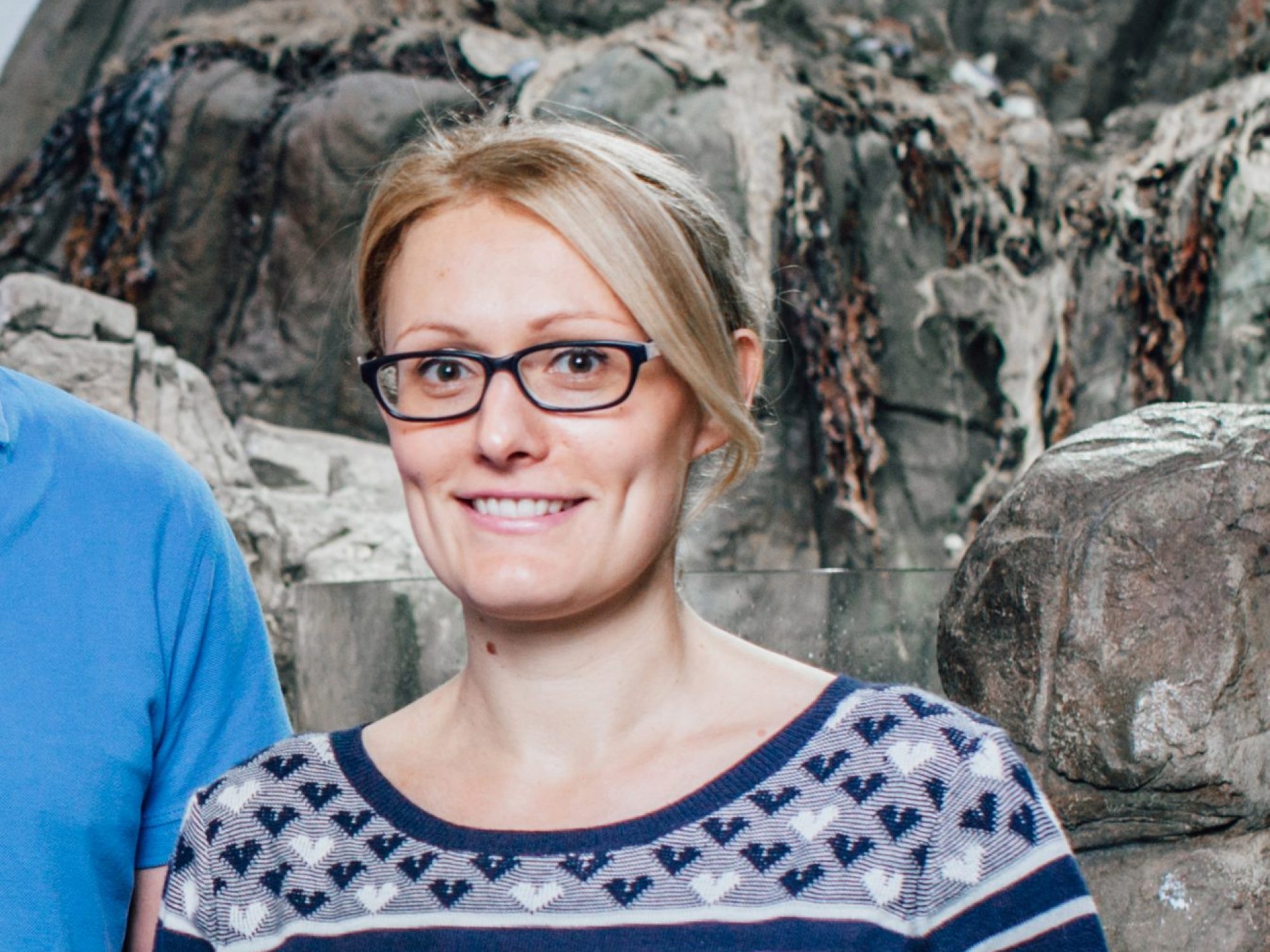 Michelle Calvert is Deputy Aquarium Curator and Living Collections Manager and has been working at the Horniman since February 2014.
Michelle Calvert (formerly Michelle Davis) is currently the Senior Curator Aquarium and Living Collections at the Horniman Museum and Gardens. On completing a BSc (Hons) in Marine & Fresh Water Biology she worked in the Aquarium industry for 15 years. She has previously worked as a Senior Keeper managing the largest collection of coral species in the UK at ZSL London. Michelle has also worked in a clownfish hatchery, a seal sanctuary and at the London Aquarium giving her extensive knowledge in keeping a wide range of living collections and breeding programmes. Michelle manages the Animal Walk team and in 2017 she over saw the creation of the Butterfly House for the husbandry team. This involved creating all protocols and procedures in line with the Zoo Licence and she continues to manage the team, developing the collection. In 2015, Michelle attended the prestigious Jelly School, a jellyfish husbandry workshop held by the Monterey Bay Aquarium and has since developed the Jellyfish culturing systems in the aquarium, culturing 7 species of Jellyfish for display including the Barrel Jellyfish, a first in the UK. In the aquarium, she designs and implements exhibitions to promote conservation. In 2019 Michelle curated the Beat Plastic Pollution pop-up exhibition, which won a Museums + Heritage Award, for Limited Budget Project of the Year. Michelle collaborated with the Natural History Museum creating and maintaining a large living coral exhibit, for the Secret Cities of the Sea exhibition, which ran for 6 months. Her main research interest is in coral aquaculture and coral reef restoration. Since 2014 she has worked on PROJECT CORAL, a multi-year research project focused on developing techniques to predictably induce coral spawning events, in closed system aquariums to support coral reef restoration practices. Michelle joined the Florida Centre For Conservation team on the annual Staghorn coral spawn in the Florida Keys. Working with these critically endangered corals, involved night diving to monitor corals and collect the spawn, invitro fertilisation, larval rearing, and cryopreservation. Alongside her other roles, Michelle is currently completing her MPhil with the University of Derby focusing on the topic of ex situ coral reef restoration and climate change.

We have been researching barrel jellyfish in our Aquarium since 2014.
Find out more

The Horniman’s Living Collections consist of four main areas. Animal…
Find out more
About the Horniman