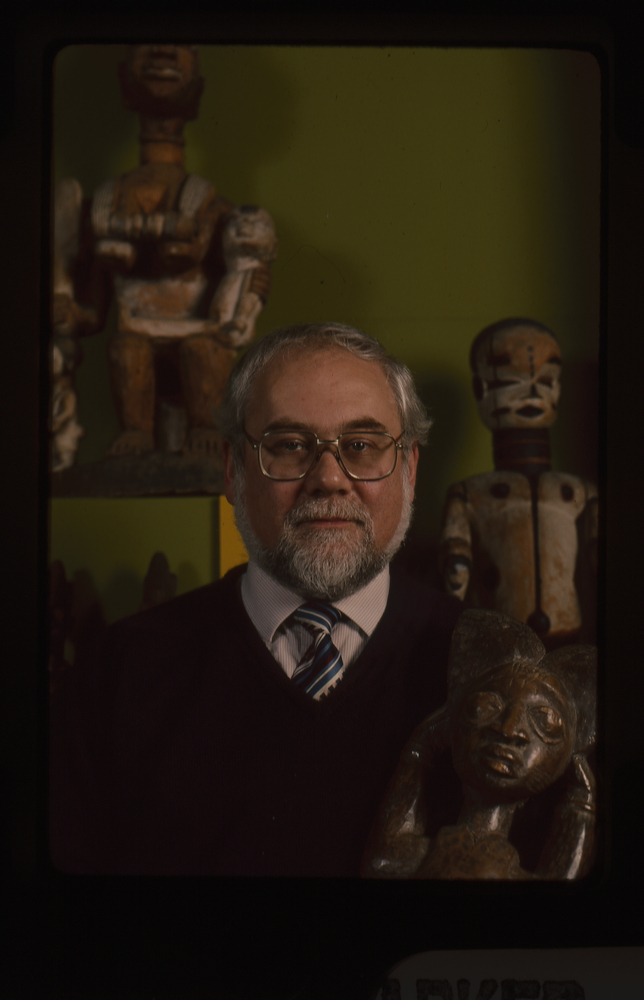 Keith Nicklin was an ethnographer. He graduated with an MA in Anthropology from University College London in 1970 and then worked for the Nigerian National Commission for Museums and Monuments. He spent a significant amount of time conducting fieldwork in the Cross River area and southeastern Nigeria. In 1979 he returned to England and became curator of the Powell-Cotton Museum of African and Asian Zoology and Ethnography in Birchington, Kent. In 1982, he became Keeper of Ethnography at the Horniman Museum. Nicklin curated the exhibition 'Yoruba: Celebration of African Art' (1991 - 1992) at the Horniman, and also contributed to the African Worlds gallery. Nicklin was also active in Africa, and helped rebuild the museum at Oron in southeast Nigeria. After leaving the Horniman, Nicklin became a freelance art consultant.