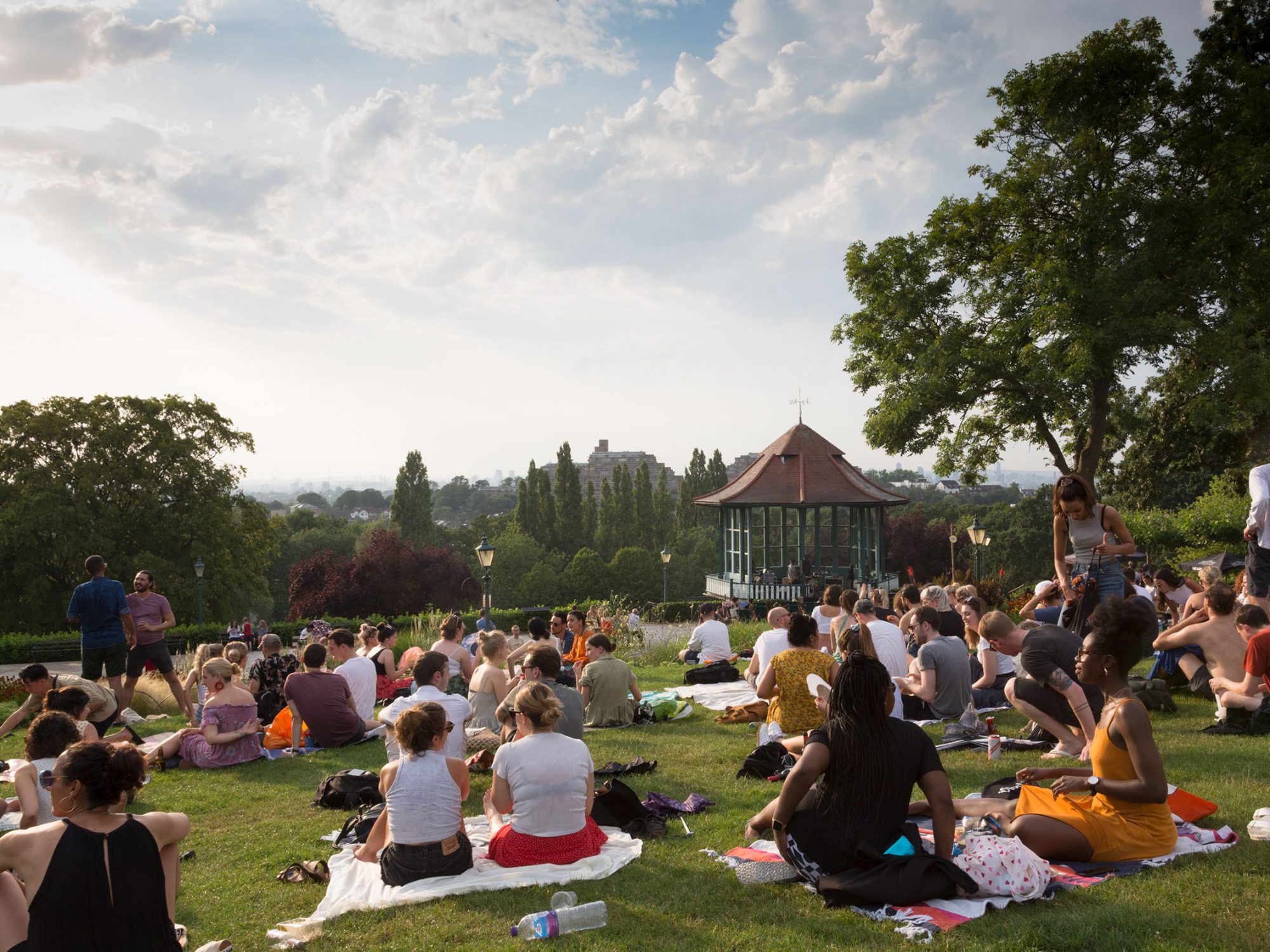 In this special event for London Borough of Culture, Global Local invite the legendary Daytimers collective to curate an afternoon of free music on the Bandstand, celebrating contemporary South Asian music.

Anu is an artist, DJ and broadcaster from London. Anu’s visual and sonic practices act as a diary, taking the form of comics and radio shows. She’s held down a regular slot on NTS Radio for the past five years, where her radio shows connect the dots between past and present sounds. Catch Anu every other Wednesday on NTS, at a club near you (hopefully!) soon and check out her art through her self-published zine, I’m not busy, but I’m not free, stocked worldwide, baby!

King Monday acts as an all encompassing sound exploration project for Croydon born artist Sherwyn Appadu. Since his 2017 debut EP, “78,” King Monday has continued to develop a voice that speaks to his experimental tastes culminating in a debut album set to release 2 September.

Mera Bhai and Temujin are members of the Daytimers collective and will be performing a b2b of their favourite vinyl tracks from the South Asian Subcontinent and beyond. Both are known for their versatile collections of music and you can expect to hear tunes ranging from 70s Bollywood Disco and Carnatic to electro and dance music.

Mera Bhai is a multi-instrumentalist, DJ, producer & broadcaster. His debut EP Futureproofing was released on Moshi Moshi records in 2020, and his next release is due later this year. He is also known as a founding member of psych band Flamingods. Hailing from London, Temujin takes inspiration from the kaleidoscope of genres in the UK dance scene. Temujin has performed at Glastonbury, The Cause and at Dialled In – a new festival showcasing South Asian talent in the UK. Temujin has also played out on radio stations such as Balamii, Threads,1020 Radio and Boxout FM in India.

Petit P is passionate about playing music from all over the world, especially representing her South Asian Roots. She is here for the best vibes, curating sets with lots of energy and fun!

Shivum Sharma is a singer, songwriter, producer and DJ from South London. Predominantly influenced by powerful female vocalists such as Minnie Riperton, Erykah Badu & Bjork, Shivum makes Alternative Pop that blurs the lines between a multitude of genres. As well as being a foundation.fm resident with a monthly radio show, Shivum has also DJ’d the LGBTQ+ club circuit frequently, having recently performed live and DJ’d at Dialled In, representing Hungama for a Tate Late, as well as previously teaming up with Daytimers, Bitten Peach and Pxssy Palace. He recently had a guest slot on NTS to mark the release of his last EP ‘In Transit’, which was also featured in publications including Colors, Rolling Stone India and Notion.

Who are Daytimers and Global Local?

Daytimers is a community for creatives from a South Asian Descent to celebrate and learn about their universal heritage. Taking initial inspiration from the Asian underground dance scene in the 90s and diasporic culture, Daytimers has its roots in dance music but goes beyond to ensure all creatives have the platform they need to flourish.

They erupted onto the scene in 2019, representing a prolific and proud Asian underground movement. Their appearances at their events, like Boiler Room and Festivals like Glastonbury, have cemented their status as legendary champions of the Asian underground. They are beloved across different cultures, whilst appearing as cover stars on magazines like Dj Mag, Guardian Guide and Crack, cementing their reputation across the UK and beyond.

Global Local supports and celebrates artists from diverse cultural backgrounds by embracing their traditional music roots with a modern twist. They provide performance opportunities to talented emerging artists from a wide range of cultures and communities, and bring global music to hundreds of thousands of people at festivals, community events and club nights across the UK.

Please note: This is a free event, but to help control capacity we may need to close the Gardens should the event prove popular. Should this happen, we cannot guarantee entry to the event with this ticket. Visitors may not be able to use the Horniman Gardens as a through-route should the event reach capacity. 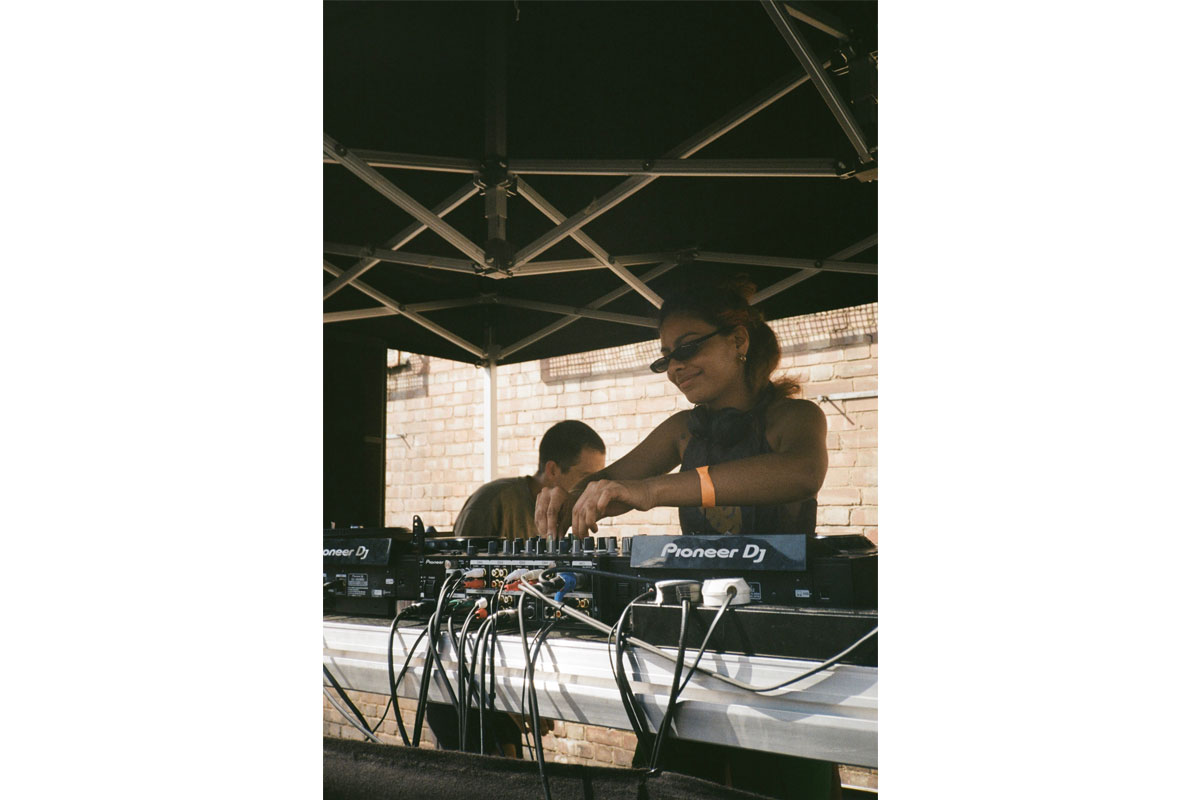 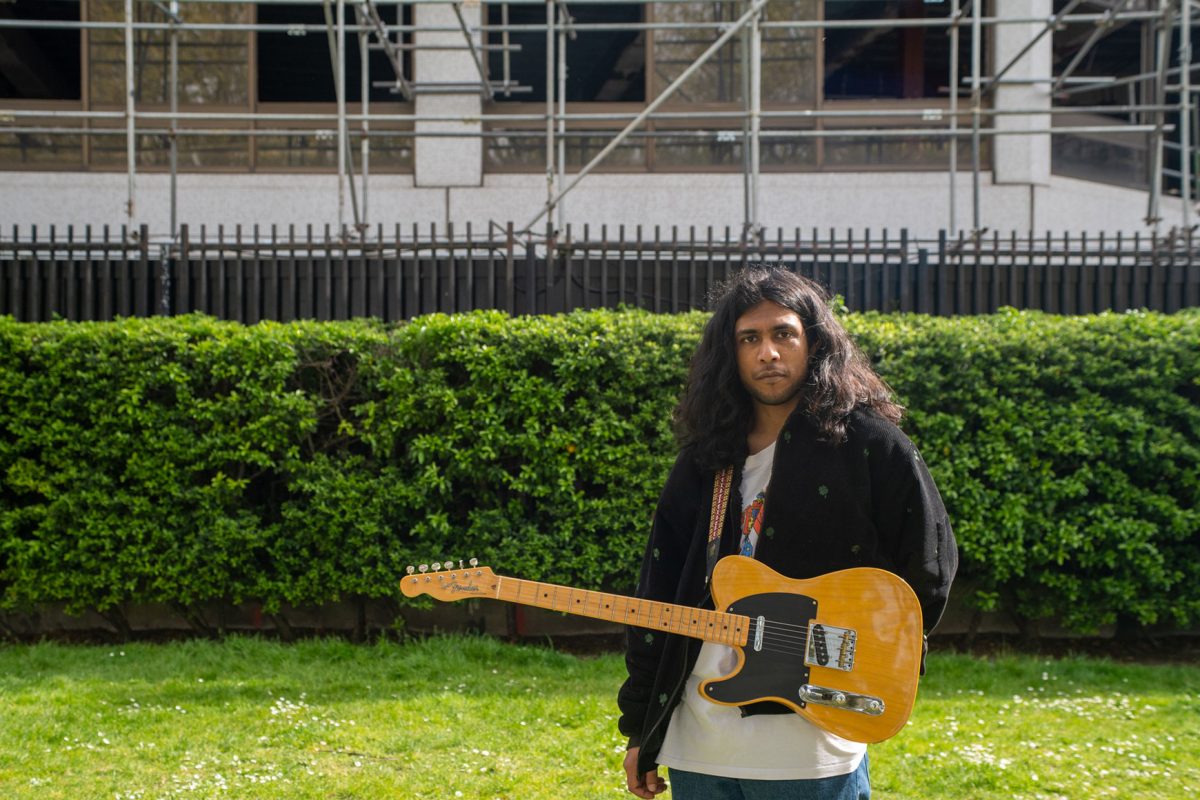 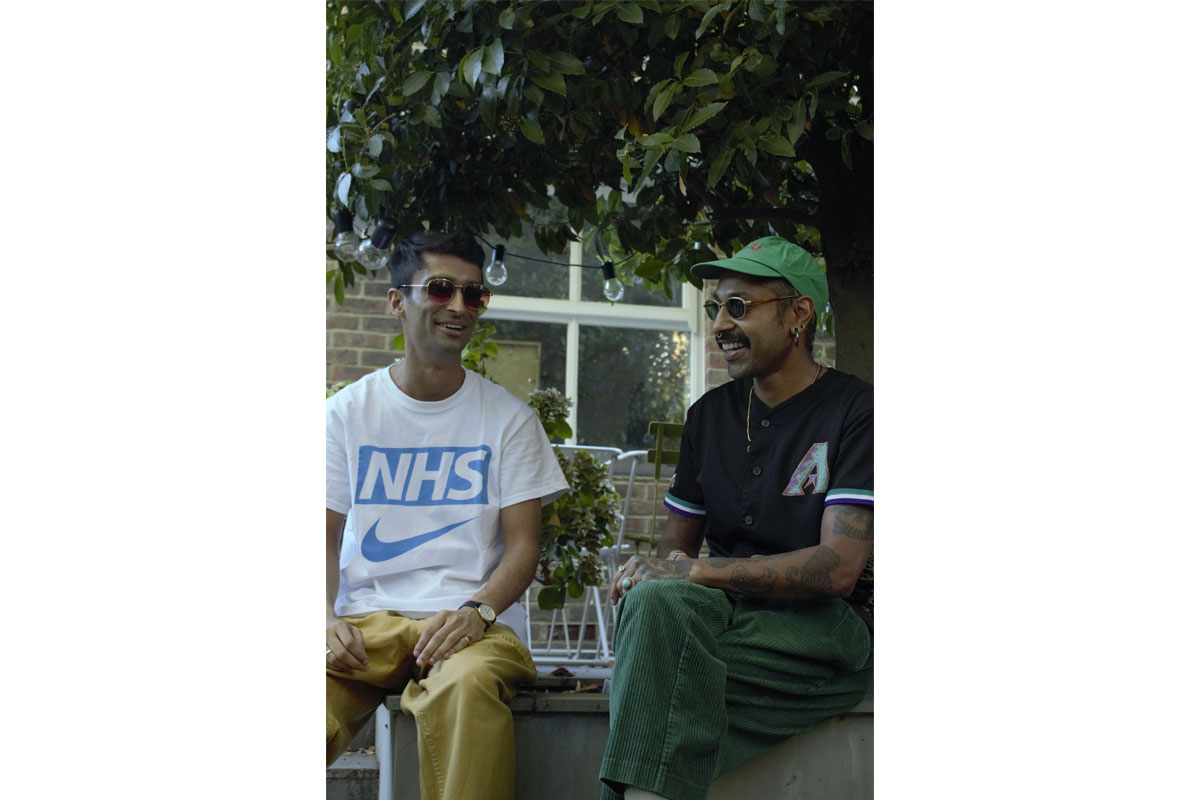 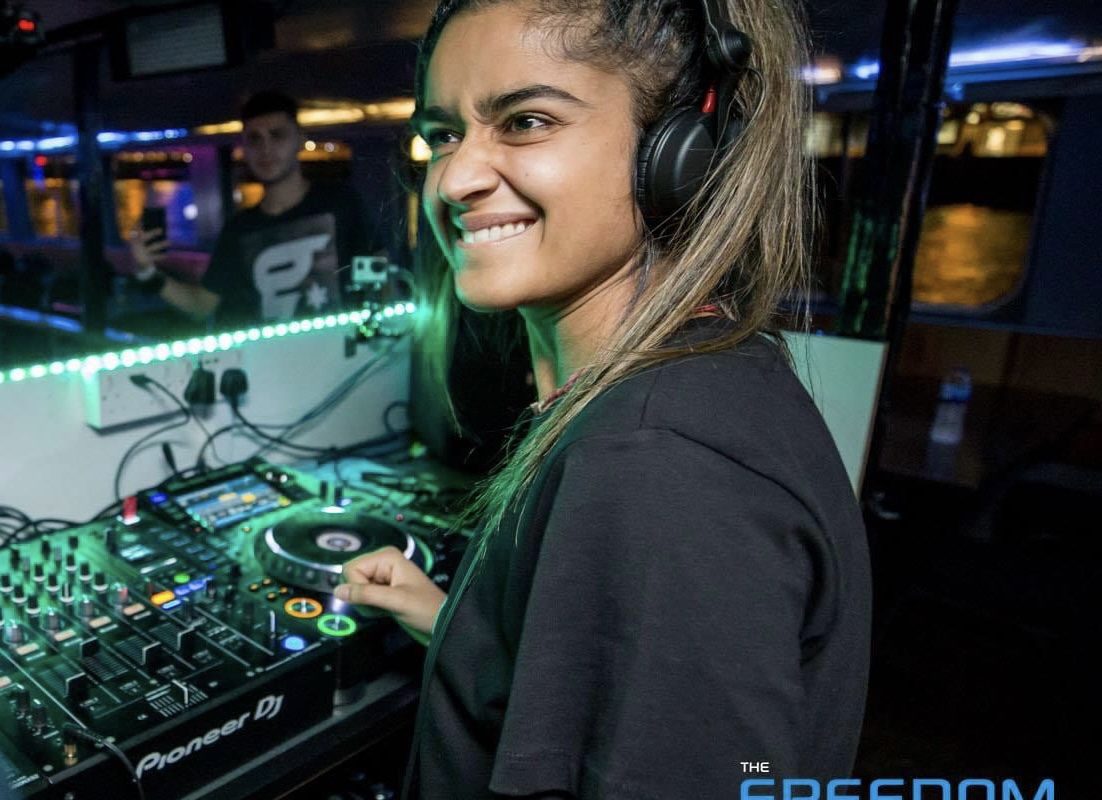 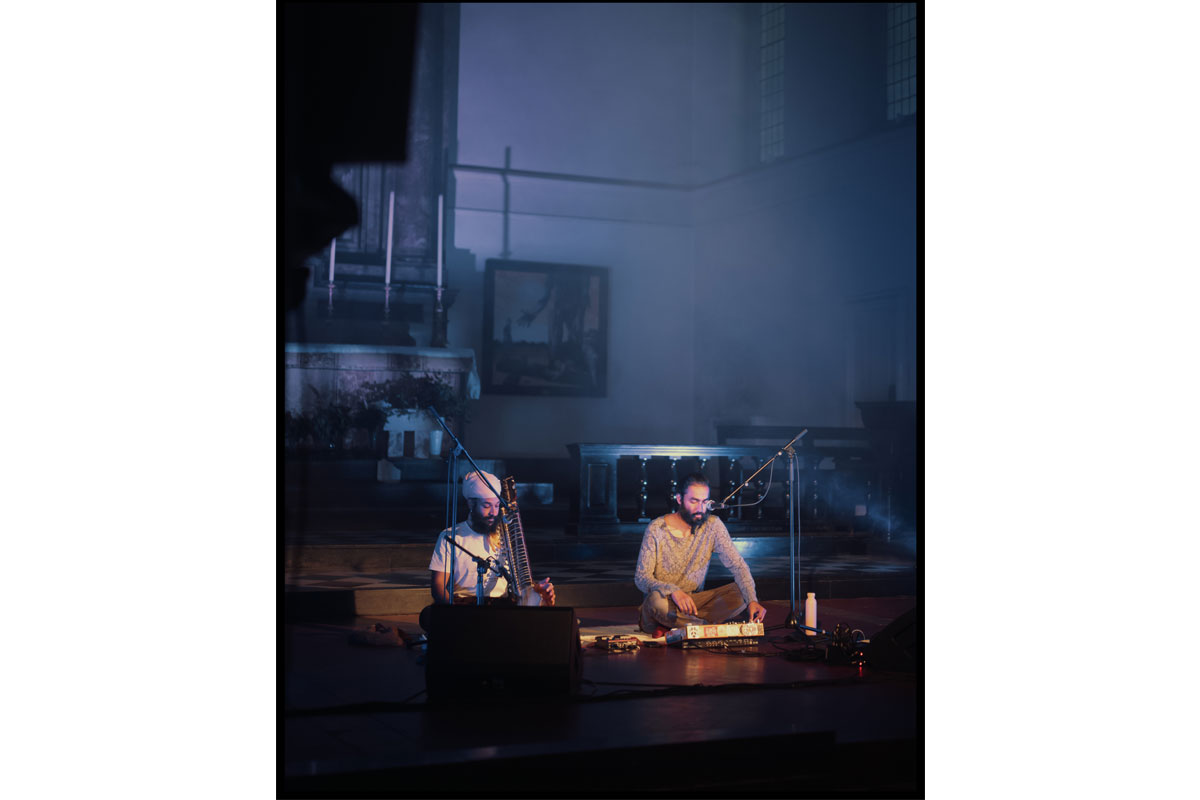 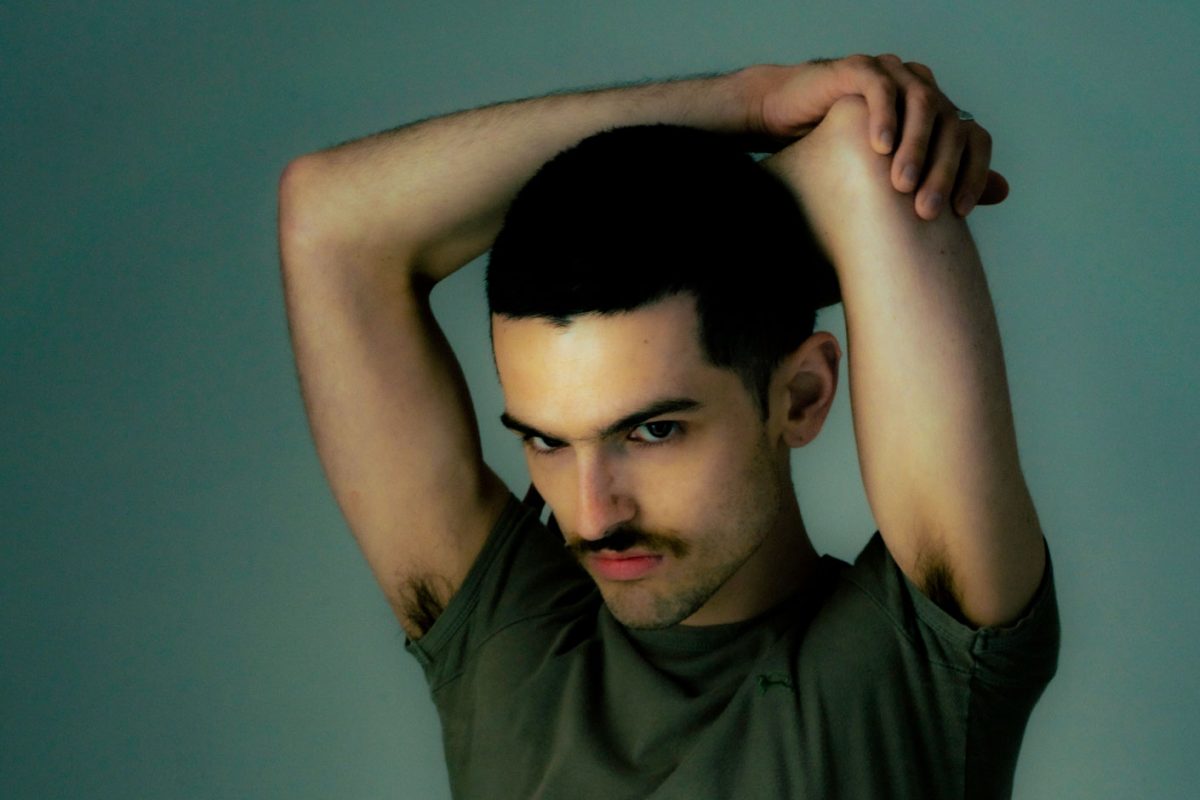 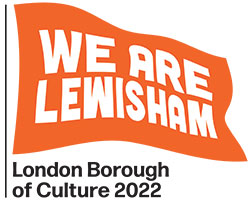 Dates
Sat 27 August 2022
Times
12pm – 6pm
Tickets
This is a free event, but to help control capacity we may need to close the Gardens should the event prove popular. Should this happen, we cannot guarantee entry to the event with this ticket.
Sold out
Location
Gardens
Perfect for
Adults
Everyone
Families
ACCESS

1pm – 9pm
Join us for DLT’s debut at the Horniman, taking place across the…
Find out more Book now
Series

London Borough of Culture at the Horniman

Lewisham is home to over 300,000 residents, and has a rich cultural…
Find out more
Event
Sold out

12pm – 7pm
Happening across the Horniman Gardens, we will be celebrating the 60th anniversary…
Find out more
About the Horniman