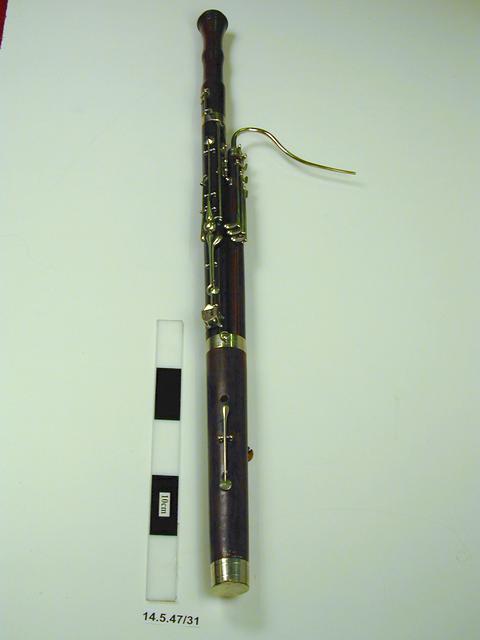 Most bassoon players in London and throughout Britain played French-style bassoons such as this during the first decades of the twentieth century. London makers, including Hawkes & Son, patterned their bassoons after French instruments, which were characterised by their key system and narrow bore. These instruments, when played with 'French scrape' reeds, produced the bright, nasal sound associated with the bassoon section of British orchestras during the early 20th century. The German-style bassoon used by British players today was adopted during the 1930s and 40s, driven by the greater demand for technical accuracy and a more powerful and louder wind section.