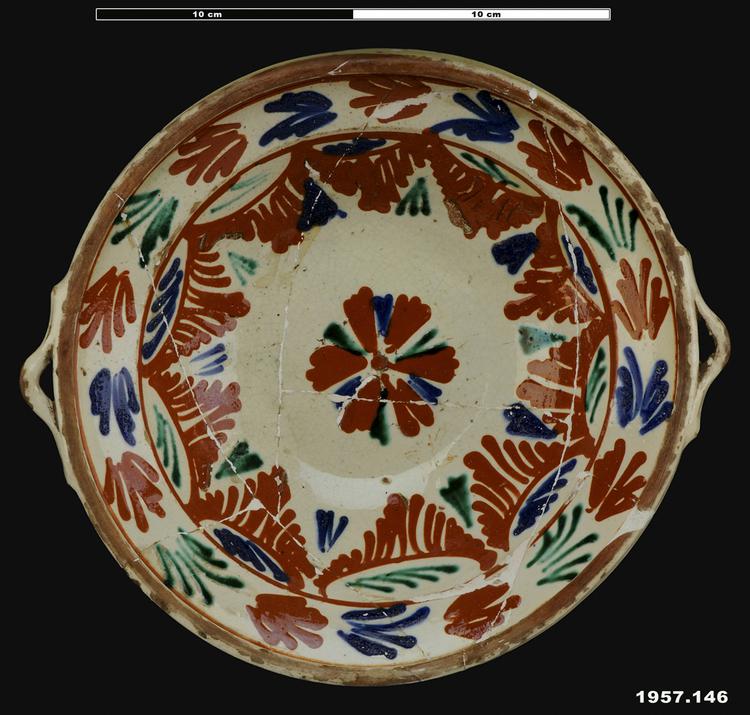 Porringer with two handles, decorated in reddish brown, blue and green on a cream ground. Around the edge of the centrefield are roughly drawn triangular shapes formed of brown lines directed towards the centre spaced at intervals round the porringer, resting on a curved shape infilled with either blue or green lines. These leave a star shape in cream at the centre, with groups of three lines close to each point, between the triangles. At the centre is a rosette of 6 reddish brown petals with strokes of green or blue between. The porringer has a border of two concentric brown lines between which are sets of brown, blue or green motifs of groups of simple strokes, spaced at intervals all the way round.