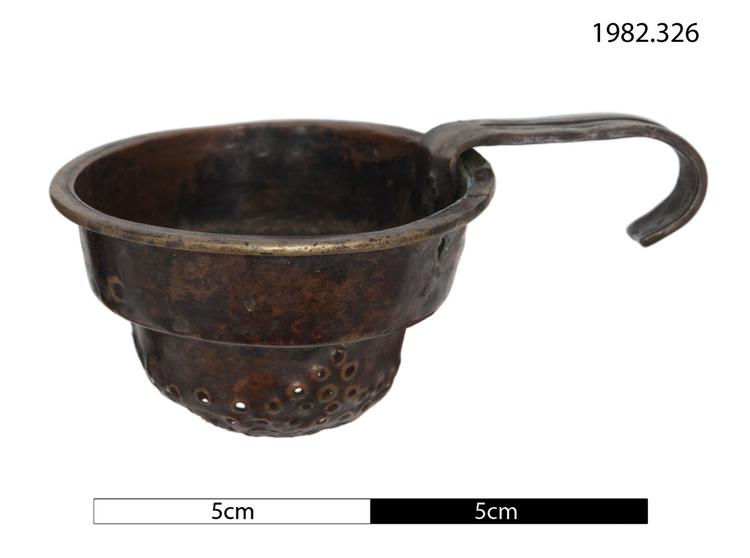 Tea strainer with a stepped bowl pierced multiple times in the base of the bowl to strain the tea. It has a small flat handle with two grooves running the length of it. The handle is curled back at the end and attached to the bowl by a nail.

A Tibetan tea strainer. Tea has historically played an important role in Tibetan life. Tea came to Tibet from Yunnan in China; it is said that it was first introduced to Tibet in 641 AD as a result of a royal alliance. Instead of adopting the Chinese way of tea drinking, Tibetans developed their own preparation which provided extra nutrition. The tea, called bo-jha or po cha, referred to in the west as ‘butter tea’, is usually made from brick tea. Chunks are broken off and toasted over a fire to destroy any infestation by moulds or insects. The tea is then boiled in water and then passed through a strainer such as this one. Yak milk, yak butter and salt are added to the tea and the mixture churned vigorously with a stick.