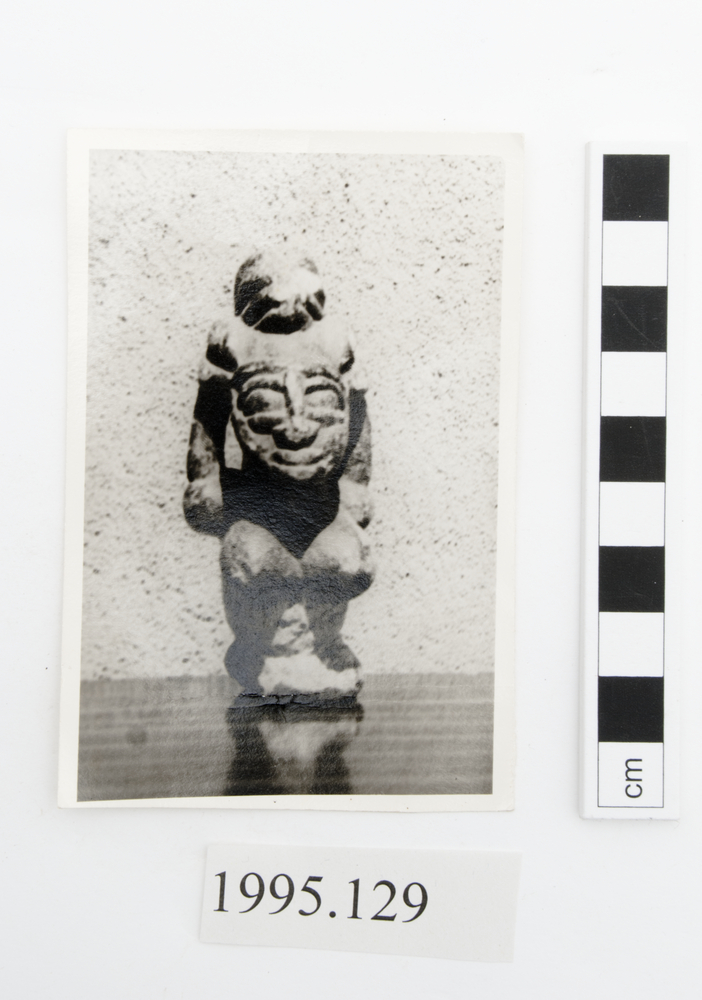 Female soapstone figure with arms raised in support of a package born on the head. It has been made in the style of a nomoli.

This soap stone, or steatite, figure has been carved in the style of a nomoli. Nomolis are thought to have originally represented chief's or group leaders: early encounters with Portuguese traders suggest they predate the fifteenth century. They were later rediscovered during the preparation of land by Mende farmers and reintegrated into spiritual life as figures associated with the power to produce higher rice yields. Nomolis became highly sought after by British travellers, traders and colonial administrators during the nineteenth and twentieth centuries, and this example is likely to have been recently made in the form of a market woman to meet this demand.