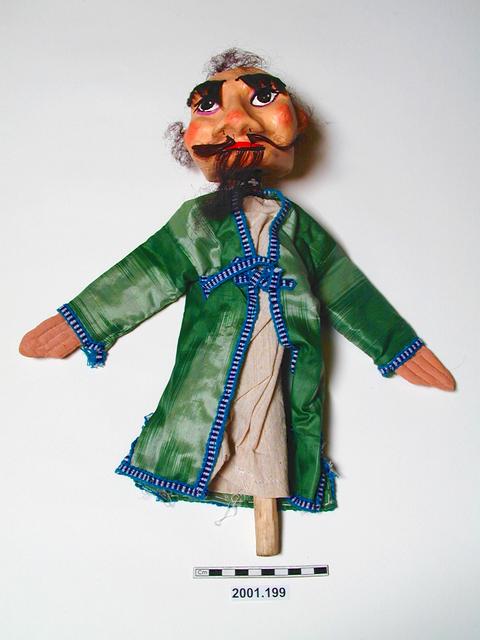 Male glove puppet with a central rod; puppet is of the djinn in the puppet play of Aladdin. The head is made from a gourd and is notable for its 'lumpiness'. The puppet has wispy, brown hair; long eyelashes; a beard and moustache; wide eyes rimmed with pink; prominent cheekbones and a prominent nose. He is dressed in a choker of black, blue, red, yellow and white stitching and a green, faux-ikat robe, trimmed down the front opening, hem and cuffs with blue and white fabric. The robe is tied at the waist with the same material. Underneath the robe the puppet is wearing an off-white undershirt.