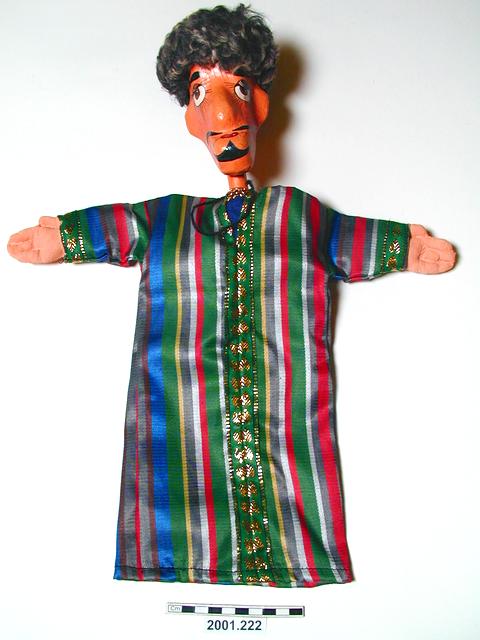 Glove puppet with central rod. A man with curved 'Khivan' features: protruding chin and 'hollowed' face with large eyes, long eyelashes, a blunt nose and poorly formed ears. He also has a long protruding chin, a black beard (goatee), moustache and eyebrows. He is dressed in a fur cap/hat (possibly made from Karakul fleece) in a green, red, light and dark grey, yellow an brown striped robe (KHALAT). The robe is trimmed down the front and at the collar and cuffs with synthetic, golden fabric which has a leaf and band motif on it. The hands are made from padded fabric and the head from a gourd.

The character may have been used in the story "Blame Breaks Stones" (possible alternative title: "Wrongly Imprisoned") where he would have played the bodyguard and/or driver of the father character.