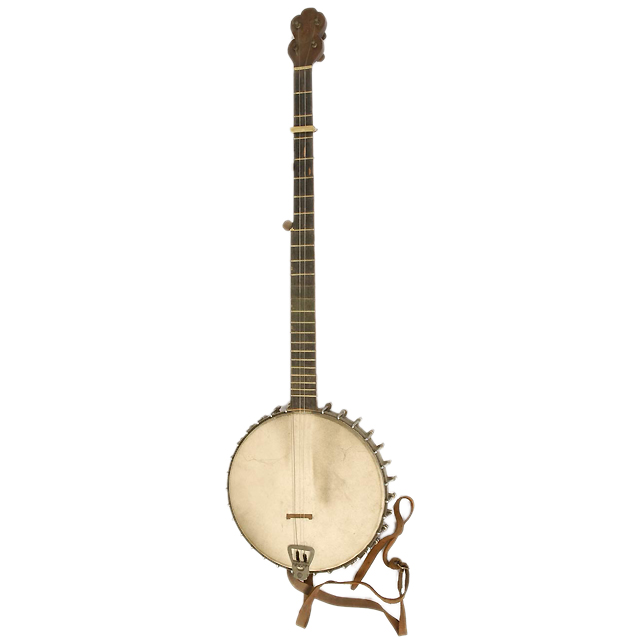 Banjo, long neck folk-style. Wooden neck, metal body and parchment sound table. Five strings including a shortened fifth string that terminates half way along neck. A metal and plastic capo is attached to the neck, and a leather strap is attached to the base.

The five string banjo is the most standardised form of the instrument and was very popular during the British banjo craze of the late 19th and early 20th centuries. This particular example was made by Clifford Essex, who was a London solicitor turned professional banjo player. He also taught the instrument, published music and banjo magazines and organised banjo concerts. The five string banjo is generally played finger-style rather than with a plectrum, and this is reflected in the shortened fifth string which allows the thumb to play a drone.