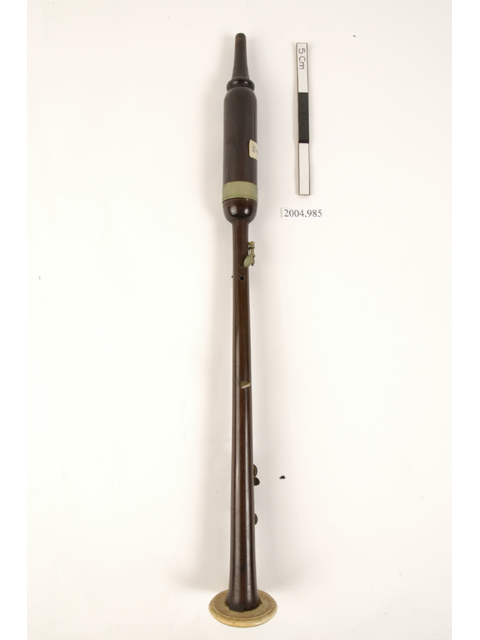 Although based in London, Henry Starck was an important figure in the development of the Irish bagpipes. In the early 20th century there was a revival of interest in the Irish war-pipe, an outdoor bagpipe used in Ireland until the 18th century. In 1908 Starck patented the Brian Boru bagpipe design see (2004.1213), which he named after a 10th-century Irish king. Although loosely based on the war-pipe, the new instrument had four key-covered holes added to increase the number of pitches available. This chanter has the same fingering as the Brian Boru bagpipes and was designed as a practice instrument to introduce performers to the new key arrangement.