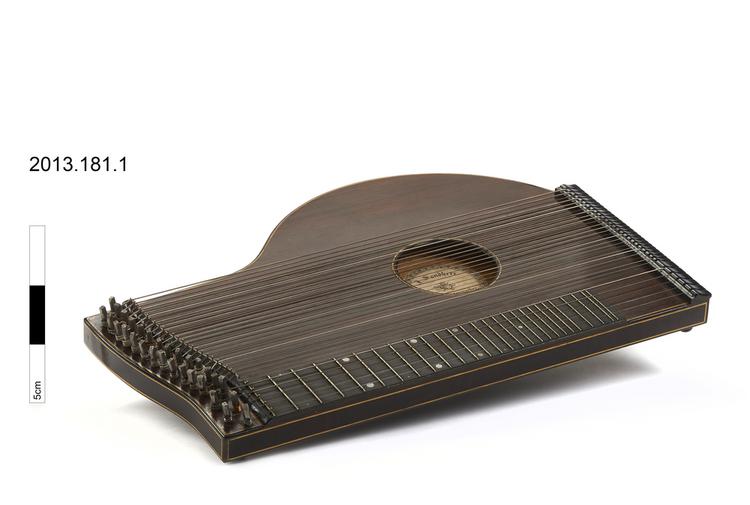 Box zither by J. Sandher, Laupheim, Germany, late 19th or early 20th century, labelled ‘J.Sandher/Instrumentenmacher/ in/LAUPHEIM. The instrument is a Salzburg zither with a rounded side opposite the player. Body of rosewood veneer glued onto pine, on turned wooden bun feet. The edges of the instrument and its circular soundhole are highlighted with a line of gold paint. 5 wire strings pass over a fretboard with 26 frets. There are five ‘nut pins’ behind another fret that functions as a nut. The 25 open strings also have a nut with pins behind. All of the strings are hitched over a raised block into which a metal rod has been inlaid, forming a bridge. Flat-headed tuning pins, with holes for the strings to pass through.