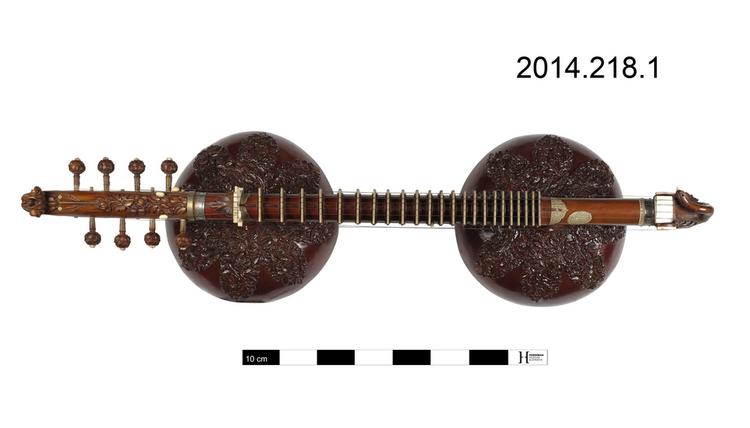 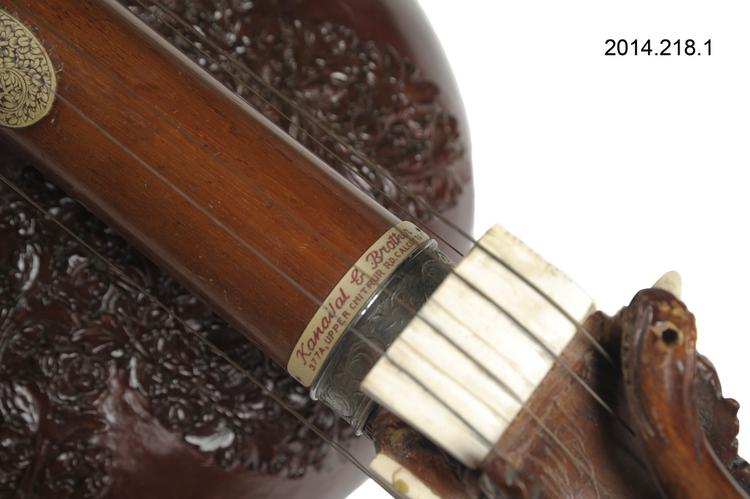 A traditional rudra vina or bin (stick zither), by Kanailal & Brother, Kolkata India, probably made between 1960 and1980 by Murari Mohan Adhikari. A small plaque on the instrument reads: ‘Kanailal & Brother/377A UPPER CHITRUR ROAD CALCUTTA’. The tubular body (dandi) is a drilled out length of teak wood, with a makara sea dragon carved as a separate section at the top end and a peacock, the vehicle of the goddess Sarasavati (possibly of different wood) carved at the lower end. Ferrules cover the joints between the different sections of the body. On the body there are decorative panels and edging of white cellulose nitrate, engraved and stained. The body has 23 frets. The two gourd resonators are carved with flowers and foliage. The gourd that fits on the lower end has a small ivory marker with a central black dot. The gourds have been restored by the owner, John Larson, using shallow fillings of shellac mixed with pigment, but the instrument is otherwise unaltered, and has the strings with which it was purchased. Each gourd has a ring, a washer and a nut for securing it to the instrument.