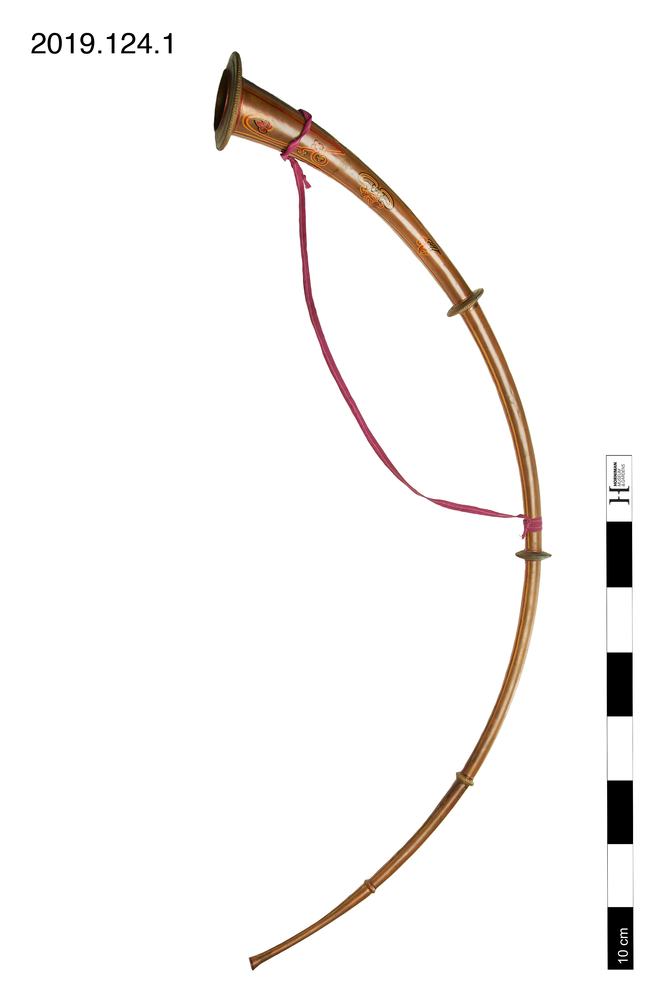 This long, slender narsinga was played in Gorkha and is from the Gorkha pancai baja tradition. ‘The central Nepalese instrument is tuned to an approximate E-flat, although some examples have been found to be as much as a semitone higher…the following notes of the harmonic series are available: h6’[=B-flat4] ‘h7’[=D-flat5] ‘h8’[=E-flat5] ‘h9’[=F5].' Carol Tingey. 'Auspicious music in a changing society: the Damai musicians of Nepal' (1994), p. 61. The horn is played using circular breathing. There are colour slides, sound recordings and a monochrome image of similar narsingas from Nepal in the British Library. These audio visual materials were created by Carol Tingey when she was working in the country in the 1980s. (BL reference: Carol Tingey: Reel no. 1/Image 17/Date 1987-04-19/Musicians from Gorkha with C-shaped narsingas. Colour slides 063-073. Sound tape 17, Side A)