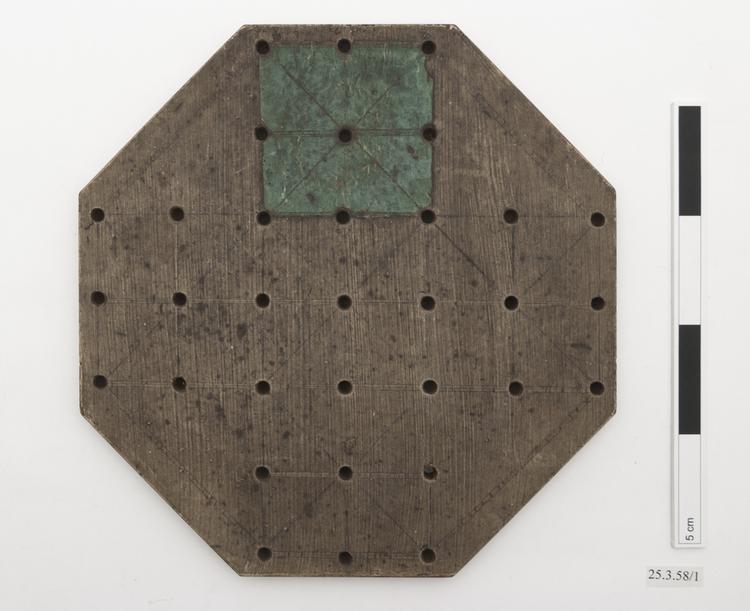 Fox and Geese game board, made of wood. Octagonal piece of wood, perforated in 32 places marking the positions in the game, presumably played with pegs. The positions are laid out in the form of a cross. The game was played with 18 pieces, 17 called geese and one called the fox. The pieces are laid out at the start of the game as follows: with the fox in the centre hole and nine geese on one side of him (on this board the area of nine positions is painted in green) and the remaining geese are placed elsewhere on the board. The object of the game is to block the fox in so that he cannot move. All pieces can move in any direction, one position at a time; the fox can 'take' the geese by jumping over them into a vacant position. Geese cannot take the fox. The board is painted white on the reverse.