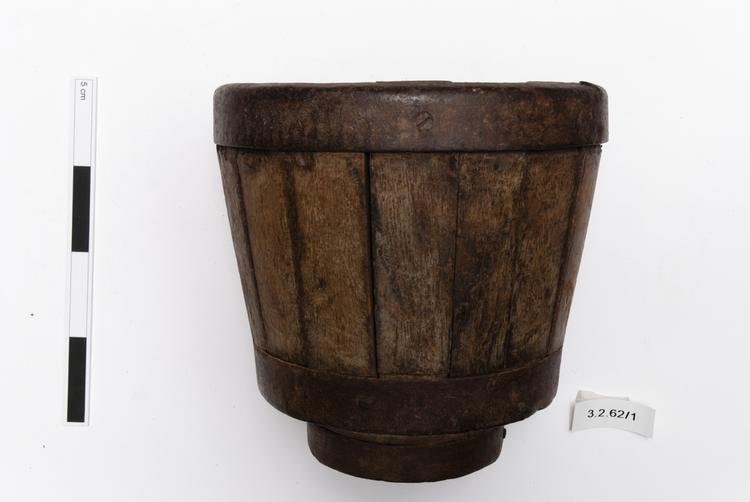 Conical cheese mould composed of loose vertical wooden slats, held together by two iron rings. The bottom of the mould consists of a rotatable concave wooden base, punctured by five circular holes for draining the whey.

This mould was collected in the Netherlands and came to the museum in 1962. It would probably have been used in the production of Edam cheese. Its vertical wooden slats are held together by iron rings, but move slightly, with small gaps between them, allowing whey to drain out the sides while giving shape to the cheese. A small lid would have been placed on top, allowing the cheese maker to press down by hand to force out more whey. Moulds like this were replaced by plastic ones only in recent decades, not only to comply with the demands of new food safety regulations, but also because plastic moulds are simpler to clean, easier to maintain, and cheaper to replace.