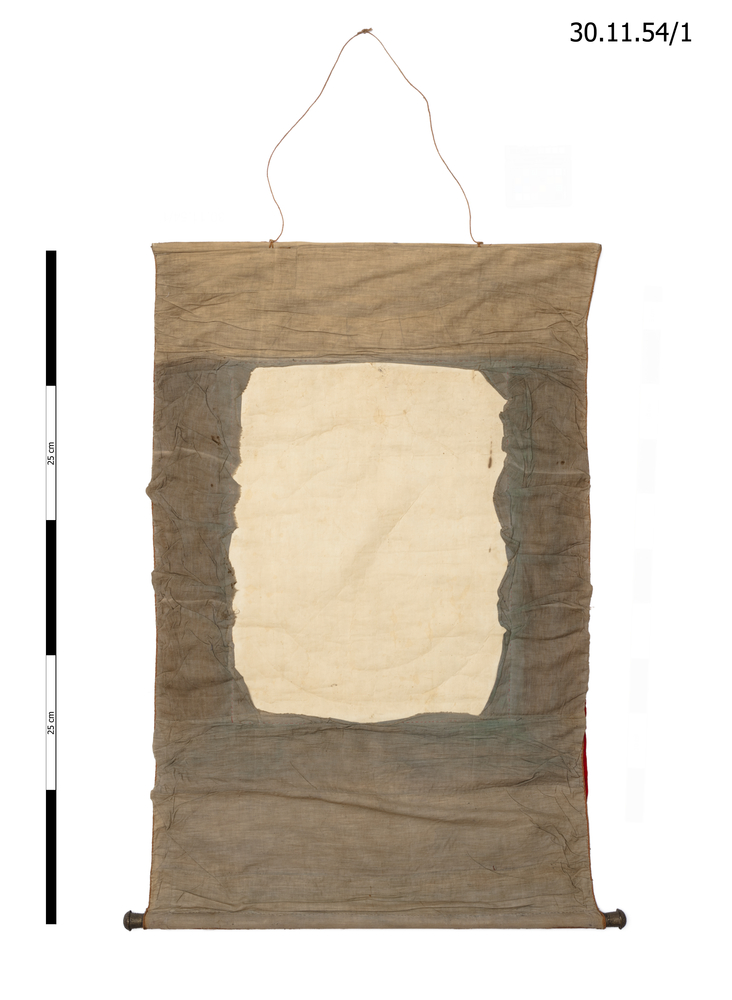 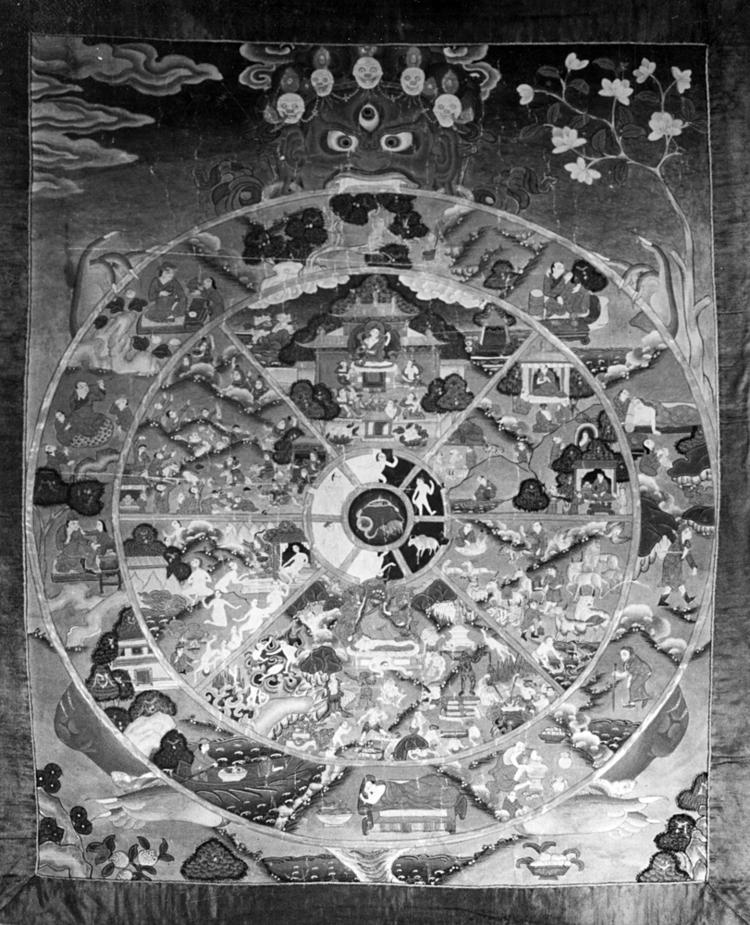 This thangka was painted in the 19th or 20th centuries. It depicts the Wheel of Life (phonetic Tibetan: Sri pai khorlo or Sanskrit: Bhavachakra).

The wheel is held up by Yama, Lord of Death. It can be understood as a vast mirror which reflects the consequences of karma, or how an individual’s behaviour in this life dictates rebirth into the next life.

The six larger segments represent the 6 worlds into which sentient beings can be born:

The top world is that of the Gods or devas. Running anticlockwise, the next is the realm of the asuras or jealous Gods who war against the Gods.

The 12 outer segments on the rim represent the 12 links of interdependent origination, which demonstrate how the law of karma works to create rebirths.

The Wheel of Life is often found as a wall painting outside the entrances to temples. However this example could be used for more private contemplation. Equally it could also be used as a teaching aid.

Thangka are devotional paintings which are particularly associated with Vajrayana Buddhism. They are always executed on cloth and often have ornate fabric surrounds and covers. Thangka can fulfil several different purposes -they are for example often used as teaching aids- however, perhaps their most important role is to focus meditation. Thangka that are used for meditation will generally depict a yidam

a special deity, the particular attributes of which assist a practitionerâ€™s spiritual progression. A yidam is often allocated to a practitioner by a mentor who understands the practitionerâ€™s specific needs. By inhabiting the body and attributes of the yidam through meditation a practitioner can work to erode the obstacles to enlightenment. Since thangka are sacred objects their manufacture follows careful guidelines. For example, thangka painters must follow pre-established templates when depicting specific deities. Not to do so would jeopardise the efficacy of the thangka. It is also argued that thangka painters should approach their work in a right-minded manner