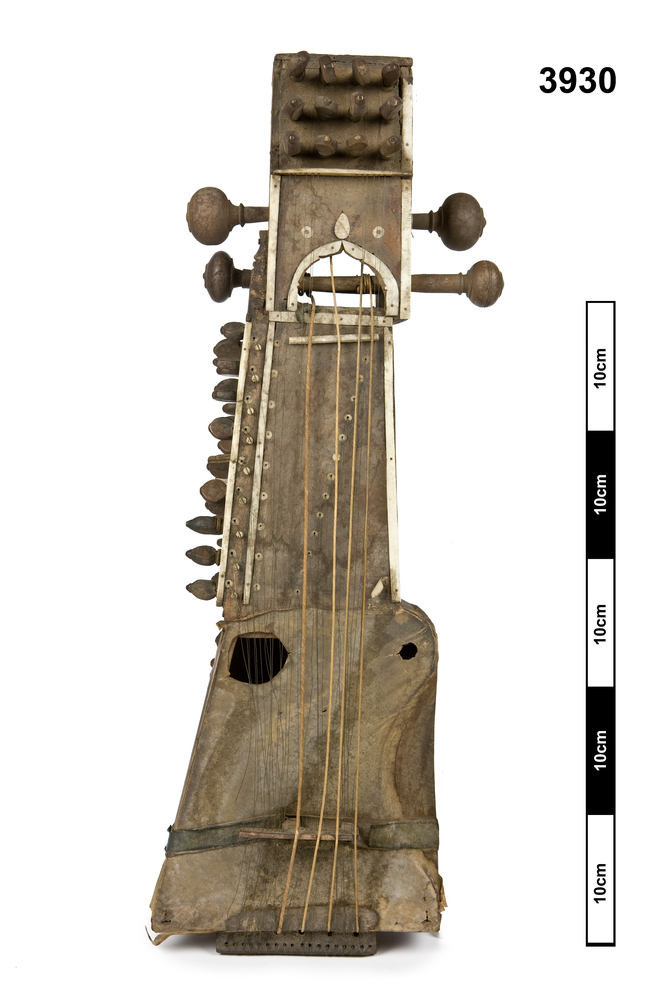 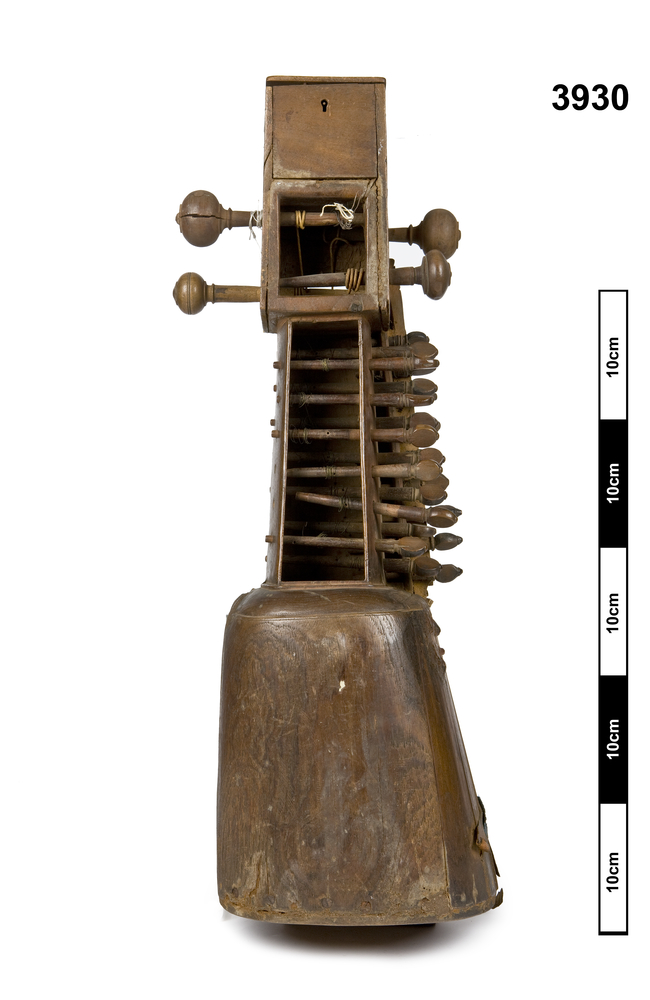 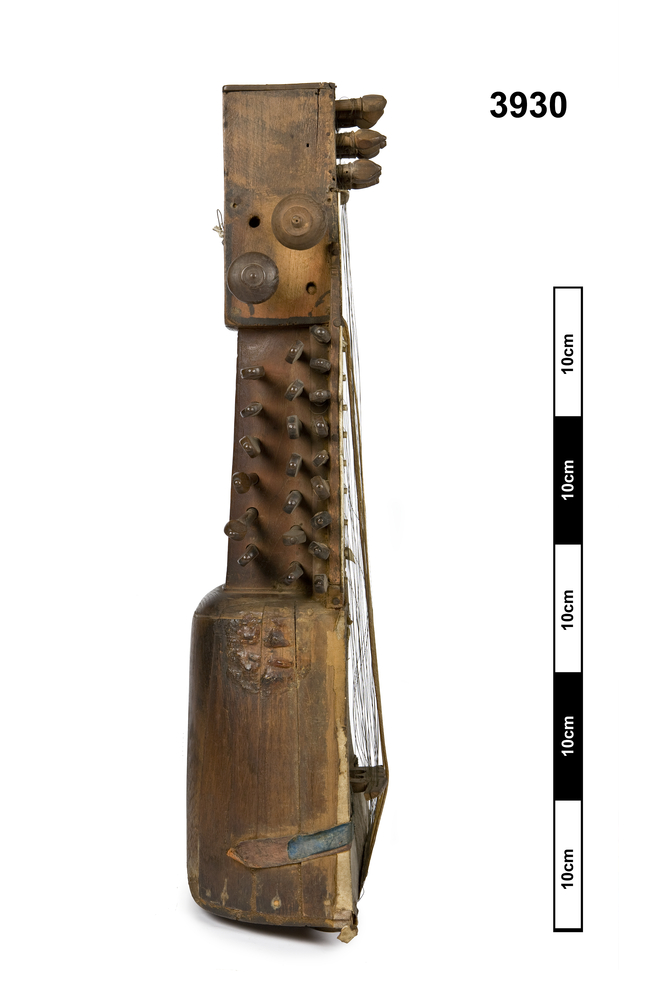 Hindustani classical sāraṅgī, fiddle, carved from a block of wood, possibly tun (Cedrela toona) wood. There are traces of rosin on the side of the resonator and one side of the neck is inscribed in ink: 'No. 3 t/ /Rs 14/ '. The resonator is indented on the player's left-hand side. It has a goat(?) skin table with two soundholes. A strip of leather is stuck to the table for the bridge to rest on. There is a square hole at the top of the body cavity, and the peg-box and neck are open at the back. Twenty-two wire sympathetic strings are pegged from the neck on the player's right-hand side. Nine of these pass through holes bushed with bone set in a ledge at the side of the neck, and sit in grooves on top of nine small posts below the holes. Thirteen of the wire strings pass through holes bushed with bone set in a diagonal line down the front of the neck. The peg-box is in two sections, the lower with four pegs with large rounded mismatched heads for four gut strings, which pass through a carved out arch (mahrab) and over a bone nut at the top of the neck. The gut strings sit in grooves on top of the wooden bridge, while the wire strings pass through holes below. Twelve wire sympathetic strings are pegged from the front of the upper section of the peg-box. Arranged as two groups of six, they pass through holes in the blade shaped bone nut. Six on the player's left run through holes in the bridge below the gut strings, while the other six pass through an upper row of holes in the bridge where it extends on the player's right, beyond the section carrying the gut strings. The integral inferior string-holder has four holes for the gut strings and eighteen for the wire strings. The peg-box, neck, ledge and mahrab are edged with strips of bone, and there are three inlaid pieces of bone above the mahrab.

Book your tickets for Museum entry, Monkey Business, the Aquarium and Butterfly House.