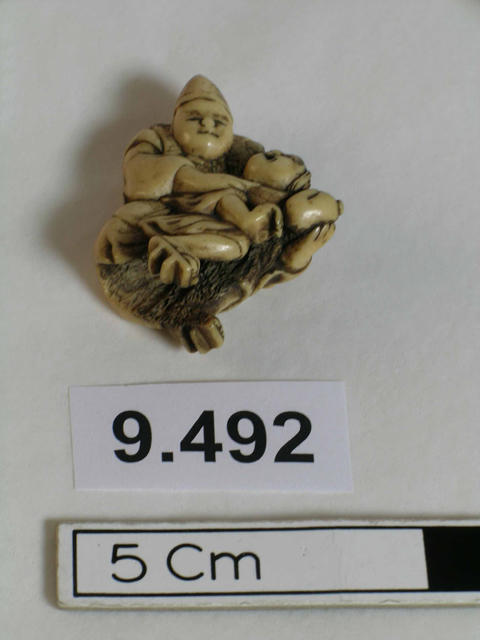 Netsuke in the form of a study of two men, made of carved antler. The larger figure has a sword on his back and a tall hat, both of which suggest that he may be a samurai. He appears to be struggling with the smaller man who is holding a sake bottle. Perhaps he is stealing it. The smaller figure wears sandals. A piece is missing from behind the smaller man, including the rear portion of his head. The name 'Kazumasa' is inscribed on the back, presumably the maker's name.