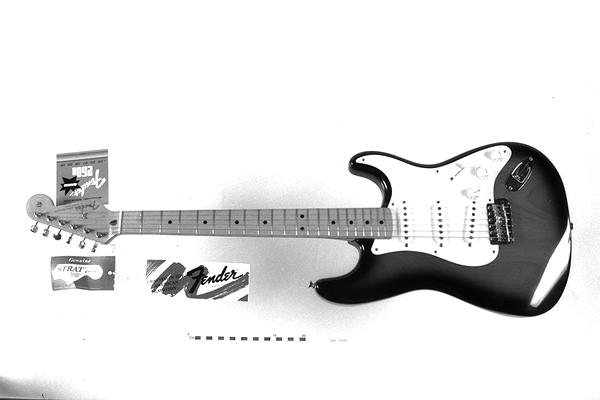 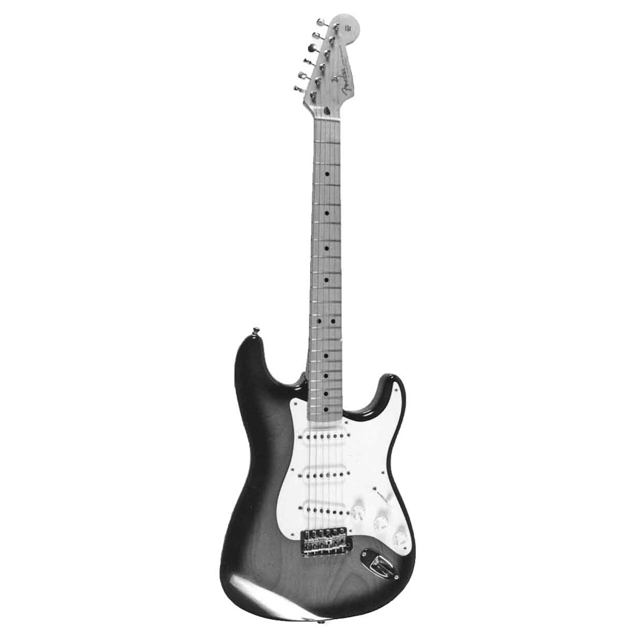 The Fender Stratocaster is one of the most popular and enduring electric guitar models. Designed by Leo Fender and Freddy Tavares in the early 1950s, the guitar was distinguished by its contoured body design and tremolo system, which incorporated the famous 'whammy bar' tremolo arm. The guitar has appeared on many historic recordings and been the choice of many leading guitarists, including Hank Marvin, Eric Clapton, Stevie Ray Vaughan and most famously Jimi Hendrix, who played one at the Marquee Club in Wardour Street during his four concerts there in 1967. Hendrix was known for the abuse of his Stratocasters, which would occasionally be destroyed in his notorious guitar burning finales.