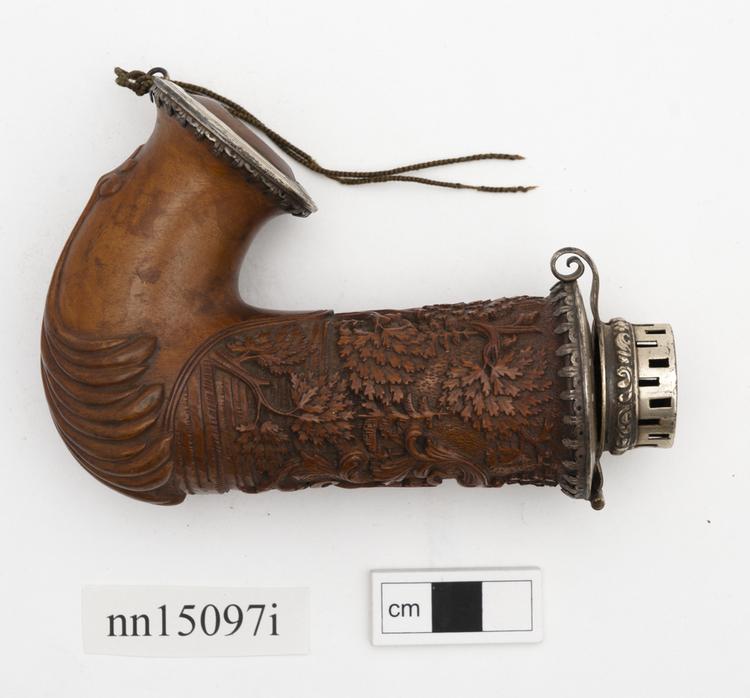 A large wooden pipe bowl with intricately carved with trees and a motif at the back resembling a crest, with a central, down facing arrow in the centre. At the heel, is an organic motif, resembling a stylised leaf or fern. The edge of the bowl has been mounted with a decorative silver rim with a hinged cap. This has been given the hallmark -3 over 1 within a circle with a 4 next to it. The end of the shank has also been given a silver rim. This has a loop attached, into which is threaded a short length of green twine, which has been snapped. There is an old exhibition label with the object. Printed in black on white, now yellowed paper, it reads "PIPE Carved Wood bowl, silver mounted, horn mouthpiece. German. L12ins"