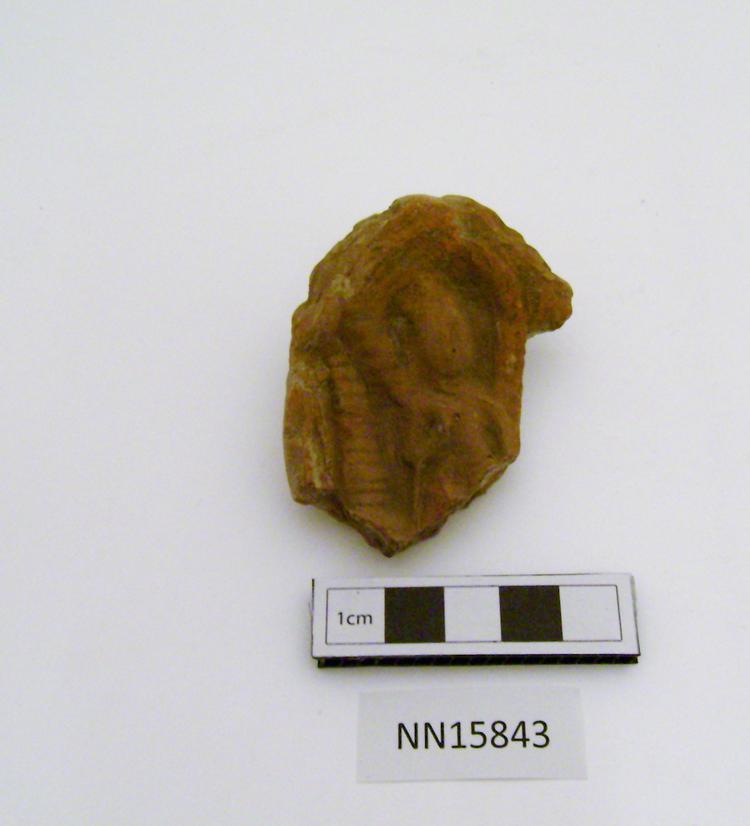 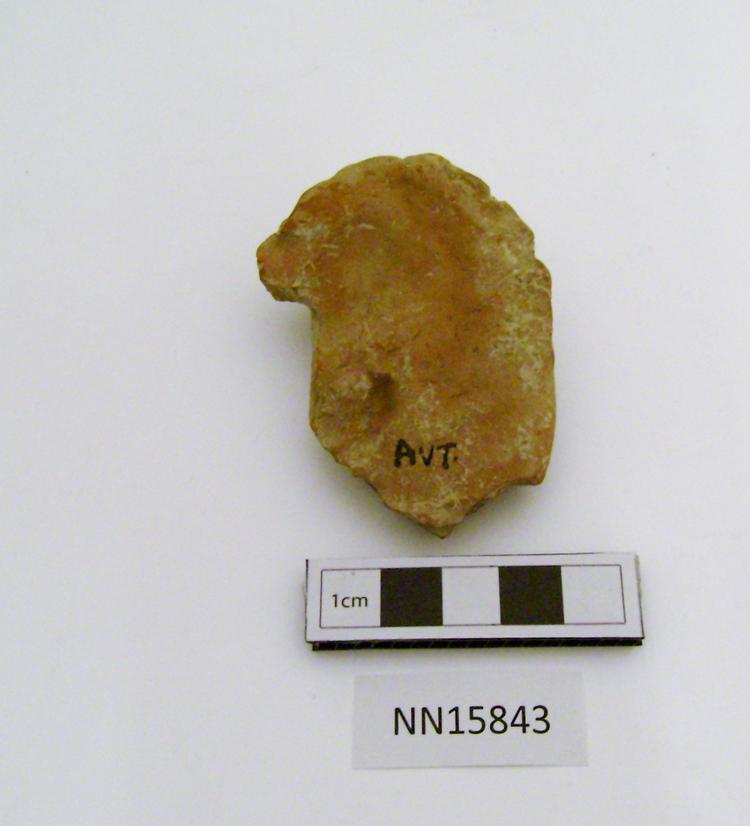 Teracotta figure perhaps the upper part of a figure of a god. From North West Frontier of India.

The upper portion of a small, flat-backed, probably votive plaque in red terracotta with what may be a dark red slip, depicting a human figure standing in what seems to be a kind of decorative arch, with both hands raised to the breast (possibly in añjali mudrā ?, a gesture of reverence) and possibly wearing a cylindrical crown (often a characteristic of the Hindu god Vishnu). To the left of the figure is a, tall, roughly conical and horizontally incised object of unknown character (probably a column). This plaque may depict a now probably unidentifiable Hindu deity and is likely to have been used for domestic worship purposes. It is marked on the reverse in black ink with 'AVT' (posibly Avantipur, a major ancient Hindu temple site in Kashmir, now in modern India). Gordon was widely travelled in north India and it is more than likely that he visited major ancient sites in Kashmir. Archaeological context: presumably unstratified and from a surface collection. Circa 9th century. Given by Col D H Gordon (1952/3).