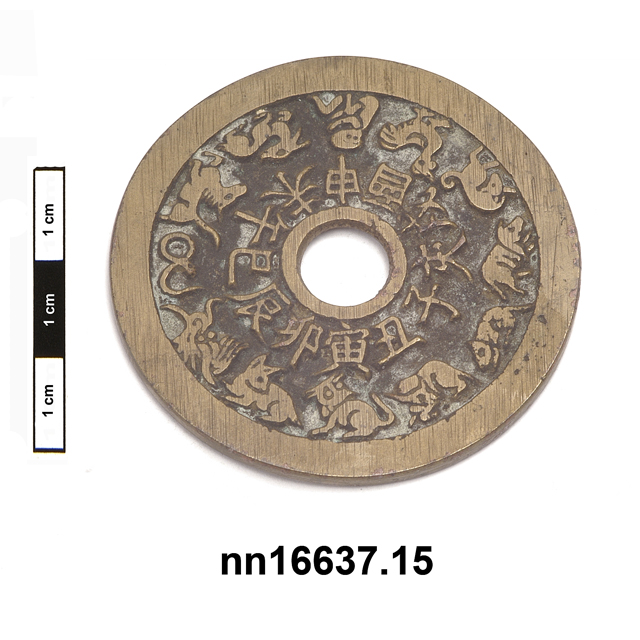 Round brass coin-shaped charm with a round hole at the centre, surrounded on the obverse by images of The Twelve Terrestrial Branches and the twelve zodiac animals, with the eight Daoist trigrams on the reverse. The Twelve Terrestrial Branches, sometimes referred to as the Twelve Earthly Branches, are combined with the Ten Celestial Stems to count the Chinese 'Cycle of Sixty'. It is a device widely used in the traditional Chinese calendar.