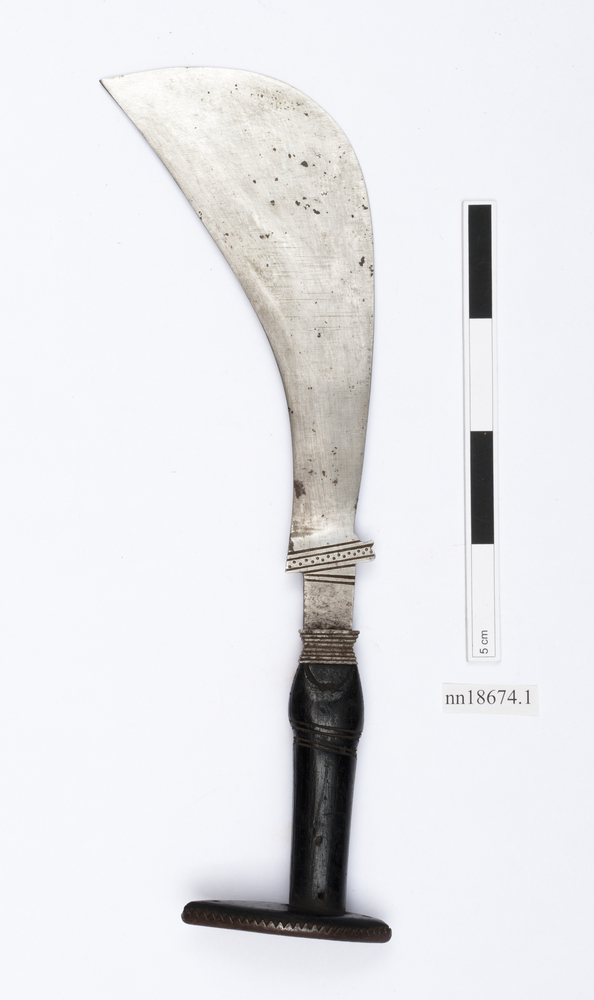 Indian chopper Ayda Katti, the national weapon of the Coorgs of the Malabar Coast, probably last quarter of the 19th century or early 20th century. The blade and hilt are characteristically shaped, the latter being made from black buffalo horn. This example is contained in a brown leather sheath which is atypical and may well have been made specifically for a European client.

The AydaKatti is usually slung over the wearerâ€™s back in a simple metal bracket called the todunga, from which is suspended a peculiar knife (the pichangatti) which sometimes has a set of small assorted implements used for personal hygiene hanging from it. See G.C. Stone â€œA Glossary of the Construction, Decoration and Use of Arms and Armour in all countries and in all timesâ€� Southworth Press 1934 (and subsequent reprints).