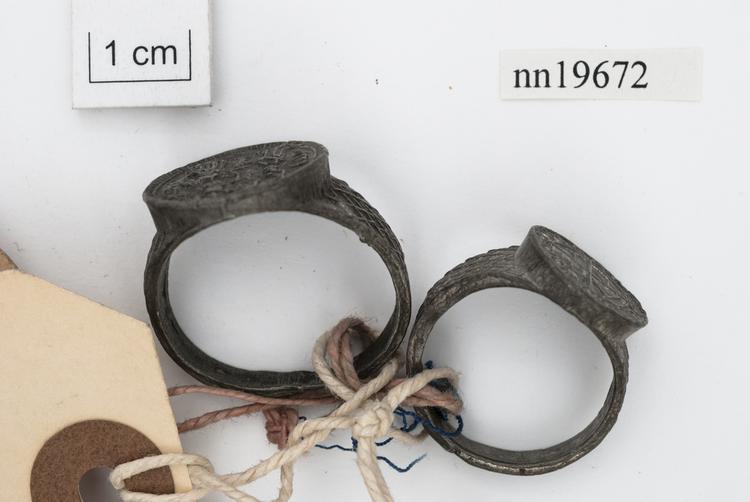 Two rings made of metal, possibly lead. One ring larger than the other. The largest ring has a flat band with a crosshatch pattern carved into the shoulders. The head of the ring is a seal depicting two adults, one of which is holding a small child or baby. There are also letters from the Greek alphabet engraved into the surface. The smaller ring also has a crosshatch pattern carved into the surface. The head is a seal with circular designs around the boarder, and five Greek characters from the alphabet in the centre.