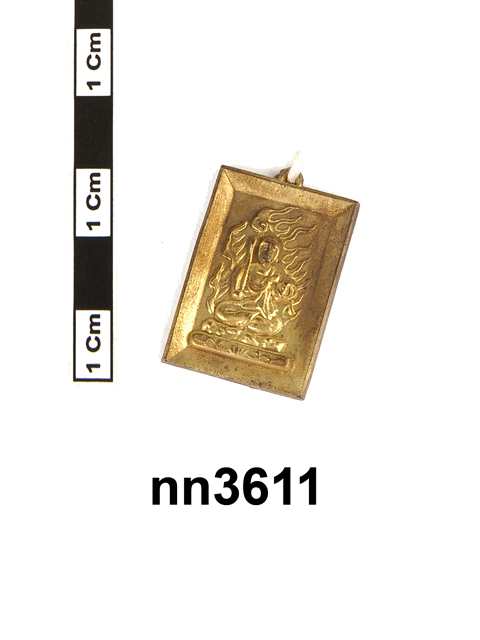 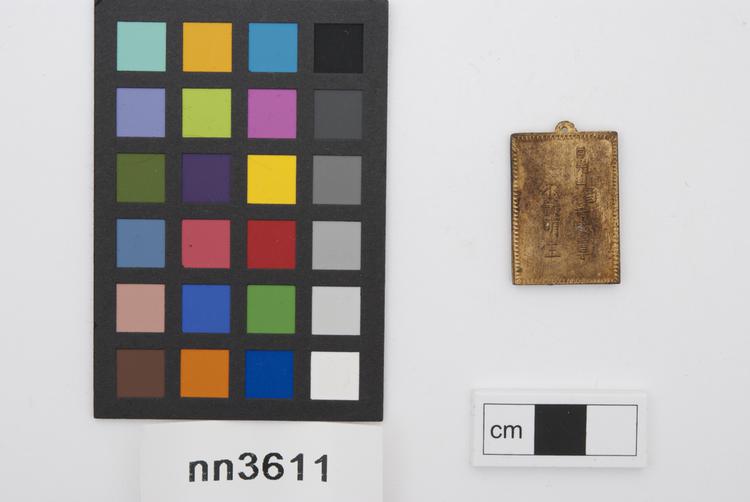 Moulded rectangular plaque or pendant. The obverse depicts the Wisdom King, Fudo Myo-o, a major esoteric Buddhist figure, seated and surrounded by flames. The reverse has frame containing two rows of inscriptions which transcribe as 'Nikkosan tori shuhonzon / Fudo Myo-o' and translate as 'Fudo Myo-o, Protective Main Icon of Nikkozan [Rinnoji temple] '. The pendant was obviously a souvenir/amulet from Rinnoji temple, which is in Nikko City, north of Tokyo.