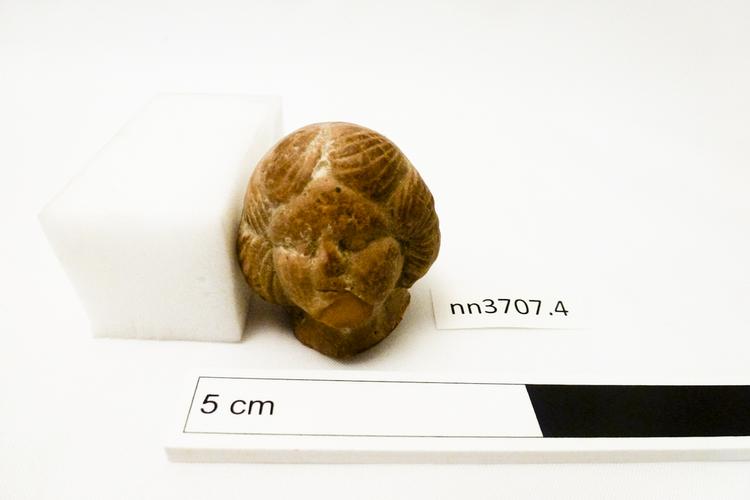 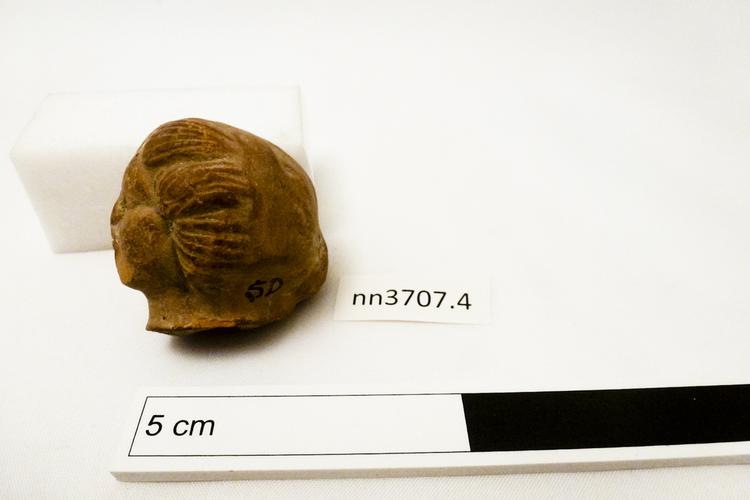 Head from a carefully made figure of a female, in fine red terracotta, possibly with a dark red slip. The sculpting is high quality, with the female face, its elaborate, lobed and sweptback incised coiffure, and naturalistic physical features, made at a level rarely seen in this relatively minor though widespread artistic genre.

Head from a carefully made figure of a female, in fine red terracotta, possibly with a dark red slip. The sculpting is high quality, with the female face, its elaborate, lobed and sweptback incised coiffure, and naturalistic physical features, made at a level rarely seen in this relatively minor though widespread artistic genre. The term Hellenistic might be useful here and also important to contrast this head with other female figurines from Sar Dheri (‘SD’) as a way of emphasizing what was surely a multi-variate way of representing the ‘goddess’ or at least the female form, almost always associated with some votive purpose. The figure is marked on the back with ‘SD’ (probably Sar Dheri, Charsadda District, Khyber-Pakhtunkhwa, Pakistan.) Archaeological context: presumably unstratified and from a surface collection. Early Historic Period, circa 2nd century BCE. Given by Col D H Gordon (195?).