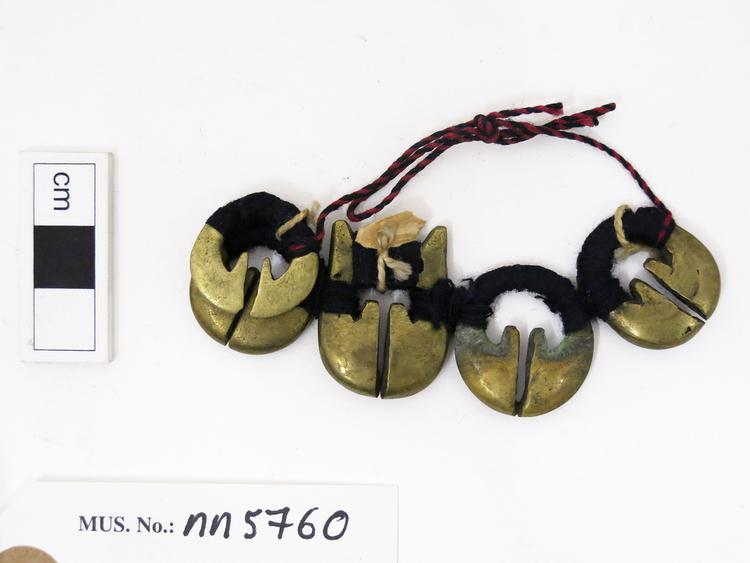 5 brass ear ornaments, dinumug, joined together by thread. There appear to be two pairs of similar form but differing in size, made of a strip of beaten brass, formed into a quasi circle, wider at the ends which do not quite meet, and each of which each has an inward pointing tooth. A third is similar in shape apart from being squared off opposite the ends, with a bar across. Black thread has been wrapped round the ornament opposite the openings.