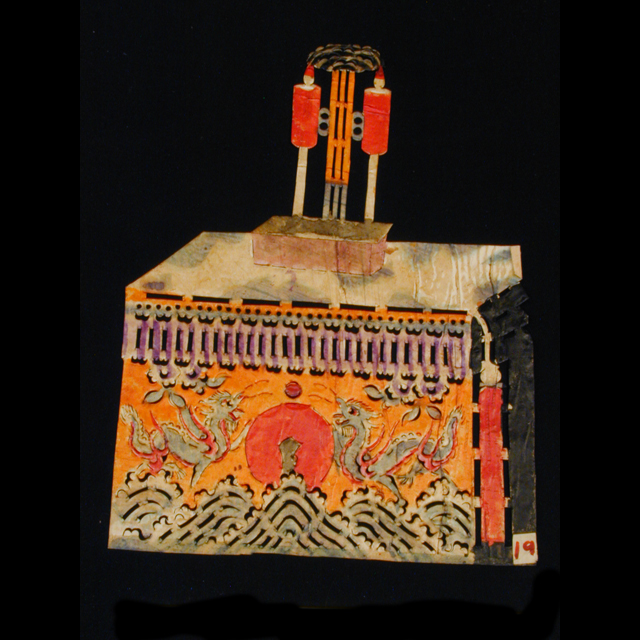 One of the 29 puppets telling the tale of the Tiger Story. This shadow puppet represents the table in the temple where Li Len sought solace after failing to catch the tiger. The front features a painted landscape scene with a red sun and two dragons, on top of the table are two candles. To make such puppets, animal skin is dried, cleaned, scraped and beaten until it is thin and translucent, then it is cut to shape. Shadow puppets in China date back to the 10th century, and were used to tell stories of war, religion and romance.