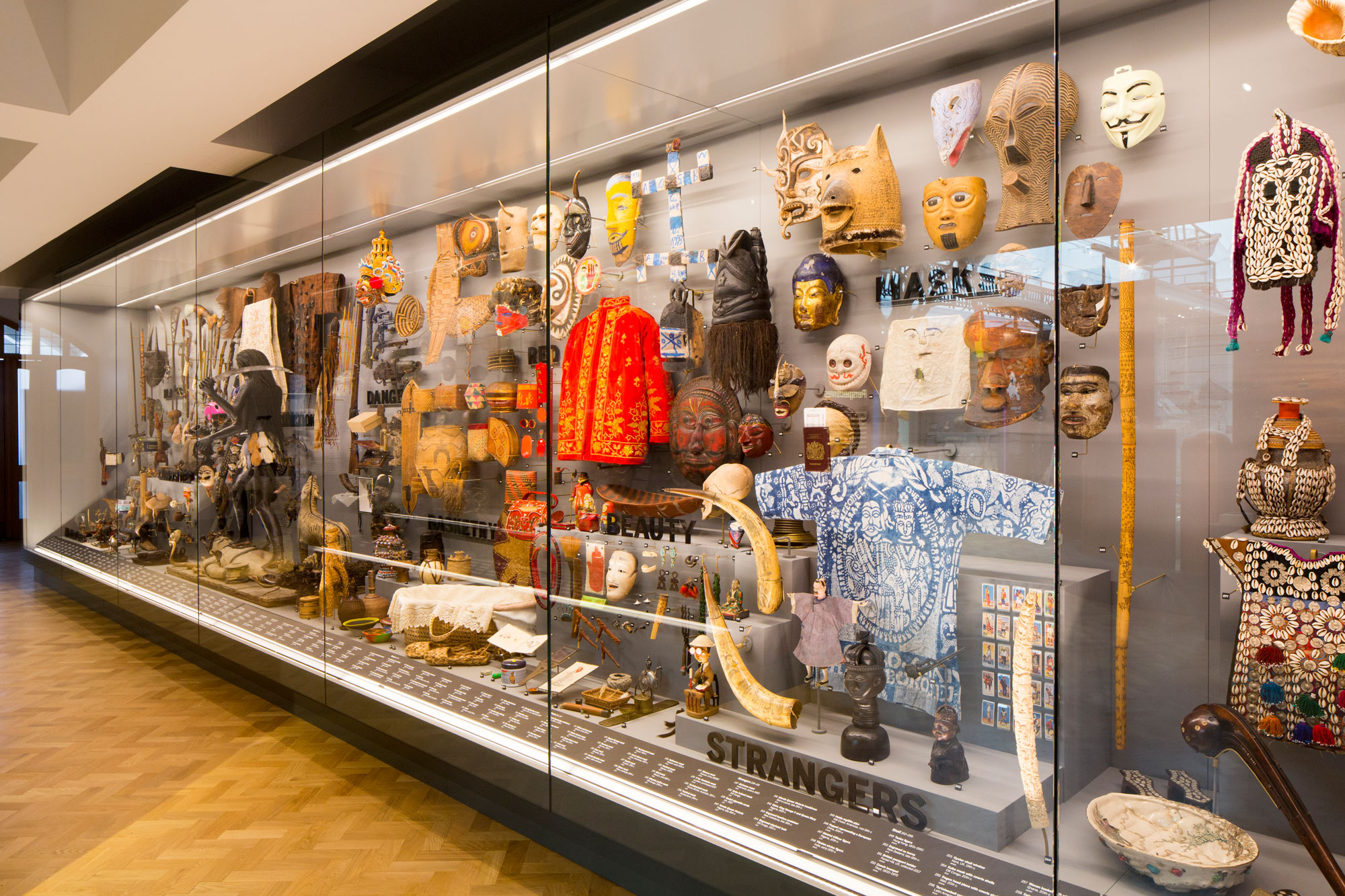 There is an area in the Horniman’s World Gallery called ‘Perspectives’. It is about arranging museum objects in groups to tell a story.

The objects chosen and the way they are displayed will be different for everyone. There is one showcase in this area for community groups to tell a story using objects they have chosen from the Horniman’s collection. Every two years we will work with another group, to display their perspective.

The Horniman asked the Access Advisory Group to be the first community group to do this so that disability would be visible in the new gallery. They also helped the Horniman make a toolkit to make the process as accessible as possible for future groups. Find out more about their display.

The Community Perspectives case ensures that the World Gallery becomes more relevant to groups less likely to visit the Horniman, keeps gallery content contemporary, allows regular visitors to see something new on repeat visits and encourages visitors to share their own perspectives.

“Can we do what we like on disability? We didn’t always agree.” Natasha

“At the beginning we really weren’t sure we would find any objects at all (big question: could we be visible?) – and we found dozens of really interesting ones! From all around the world and not just negative stereotypes! (answer: we’re everywhere and the objects prove it!)” Julia

“I would like to get across how it was challenging to look at the Museum’s collection and see beyond negative images of disability. As a group we have tried to find objects that represent all areas of our life.” Claire

Visit Always Part of the Story

10am – 5:30pm
The Access Advisory Group is a diverse group of individuals with lived…
Find out more

Welcome to the Horniman! We have lots of information to help you plan your visit and know what to expect in advance.
Find out more

The Community Engagement Team runs lots of projects, ongoing groups and initiatives with members of our wider community, as well as offering training for community group leaders.
Find out more