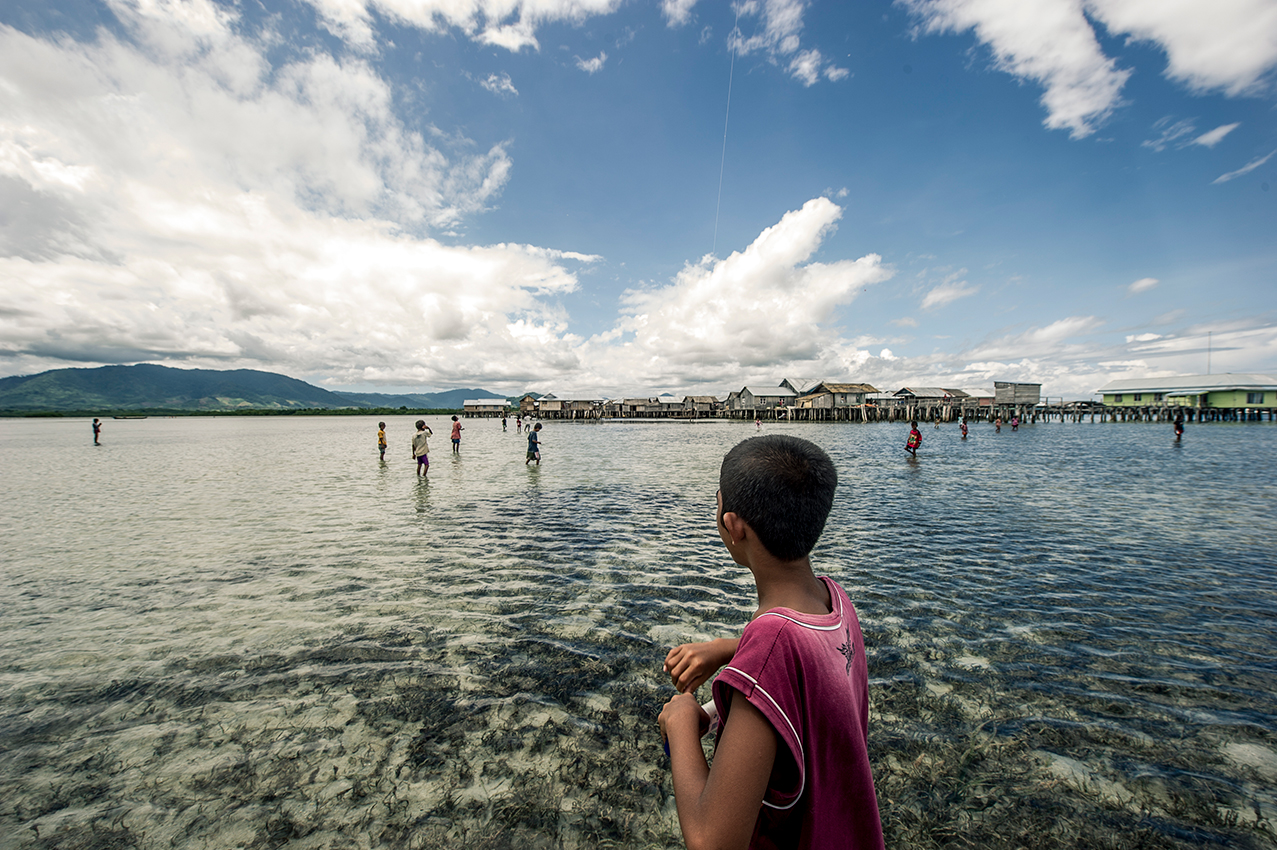 About the art Art Climate and ecology Exhibitions Photography
Award-winning director and photographer James Morgan set out to capture the lives of the Bajau Laut, the world’s last true marine nomads.

These Malay peoples have lived at sea for centuries, plying a tract of ocean between the Philippines, Malaysia and Indonesia.

We spoke to James about his documentation on the lives of Bajau Laut and his exhibition, Sea Nomads.

What drew you to the Bajau Laut people?

I first heard about the Bajau in relation to the 2004 Tsunami. There was a story I heard about the Moken, another ocean-based people, having an intimate knowledge of the sea and being able to predict the Tsunami and escape to deeper water.

I’m not sure how much truth there actually is to the story, but it got me interested in marine nomads and cultures with intimate links to the ocean.

How long did you spend with them to capture this series?

These images were taken over the course of numerous trips over a five-year period. I’ve visited different communities, all around Sulawesi in Indonesia, staying usually for a couple of weeks at a time.

Did you have any particular shots in mind when planning this series, or things you needed to prepare?

I didn’t plan the images, although I had a sense of the kind of story I wanted to tell – although it changed as it developed. Mostly it moved away from a romanticised notion of life at sea to a more complex portrait of a community intricately involved in destroying the environment on which they depend.

There wasn’t a huge amount of preparation, but I did learn to freedive in order to create the underwater images without needing scuba apparatus. I also learnt to speak passable Indonesian in order to work directly without a translator.

Did you use any particular equipment or software when capturing the Sea Nomad images?

These images are just from a simple DSLR in an underwater housing. Actually, a surf housing as I find them lighter and quicker to use than dive housings.

What are the difficulties or joys of photography that you face in a series like this?

Shooting a mostly uncommissioned series like this is a real joy. It frees you up to follow your instincts and interests. The challenge, of course, is that the funding has to be patched together from various grants and sponsors, so there’s quite a bit of non-photography work involved!

What would you like people to think about when they see your work?

I think the main aim of the series is just to show an unusual way of life. Particularly one that’s very connected to the rhythms of the ocean. I’m very interested in the way we create our worlds, drawing from our experiences to build up a narrative of what life is and where its boundaries lie. I hope that images like these encourage people to reimagine the world they live in.

What made you first want to become a photographer and filmmaker?

Originally, I just wanted to travel and see new things, and telling stories was a way for me to pay my way. But the interest in travel quickly dropped away and it became much more about trying to share the internal landscapes of the people I met.

How did you get started?

I got started by selling simple travel photographs of Iceland whilst I was studying at university there.

What would you advise someone wanting to start taking photos of their own or other communities?

To interrogate why you want to do it.

What projects are you working on now or have coming up?

I’m currently working on a feature film about a near-future expedition in the Arctic.

Sea Nomads is currently on display in the Balcony Gallery until 23 June 2019. 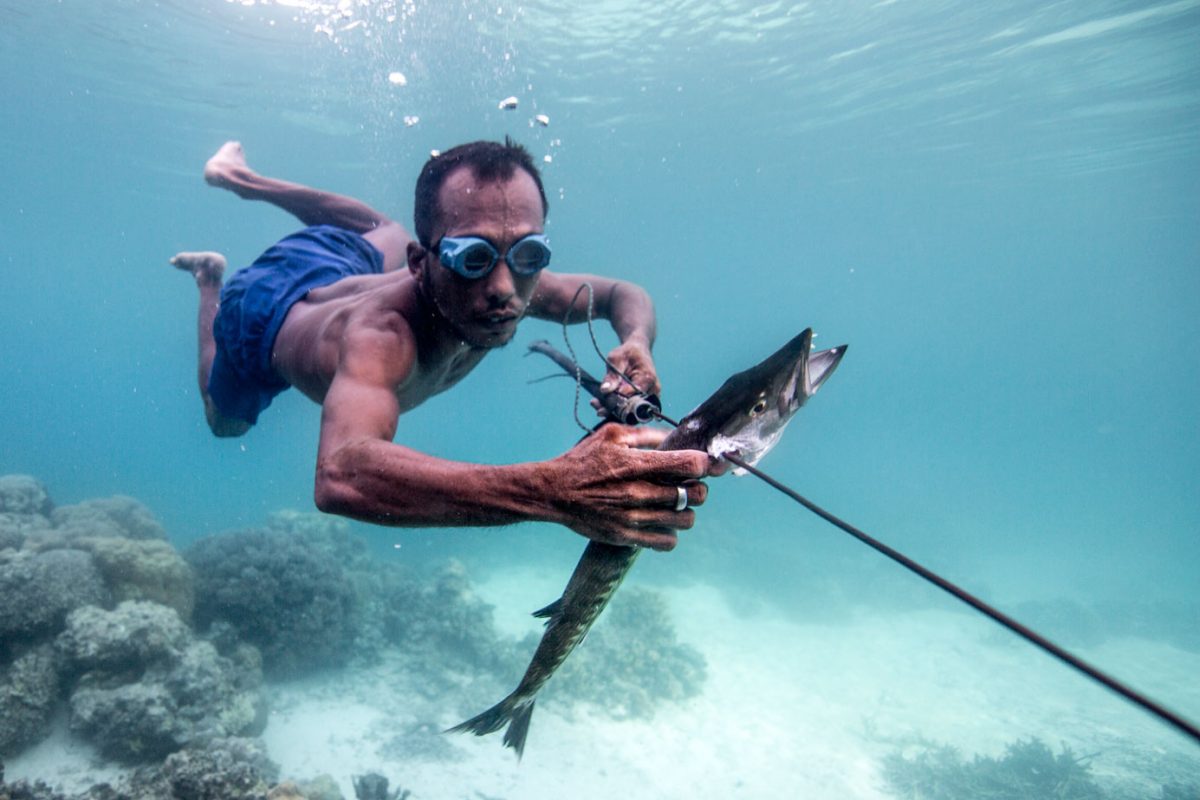 In additional to the nets and lines traditionally used for fishing, the Bajau use a handmade 'pana' for spearing their catch. Pulau Papan, Togian Islands., James Morgan 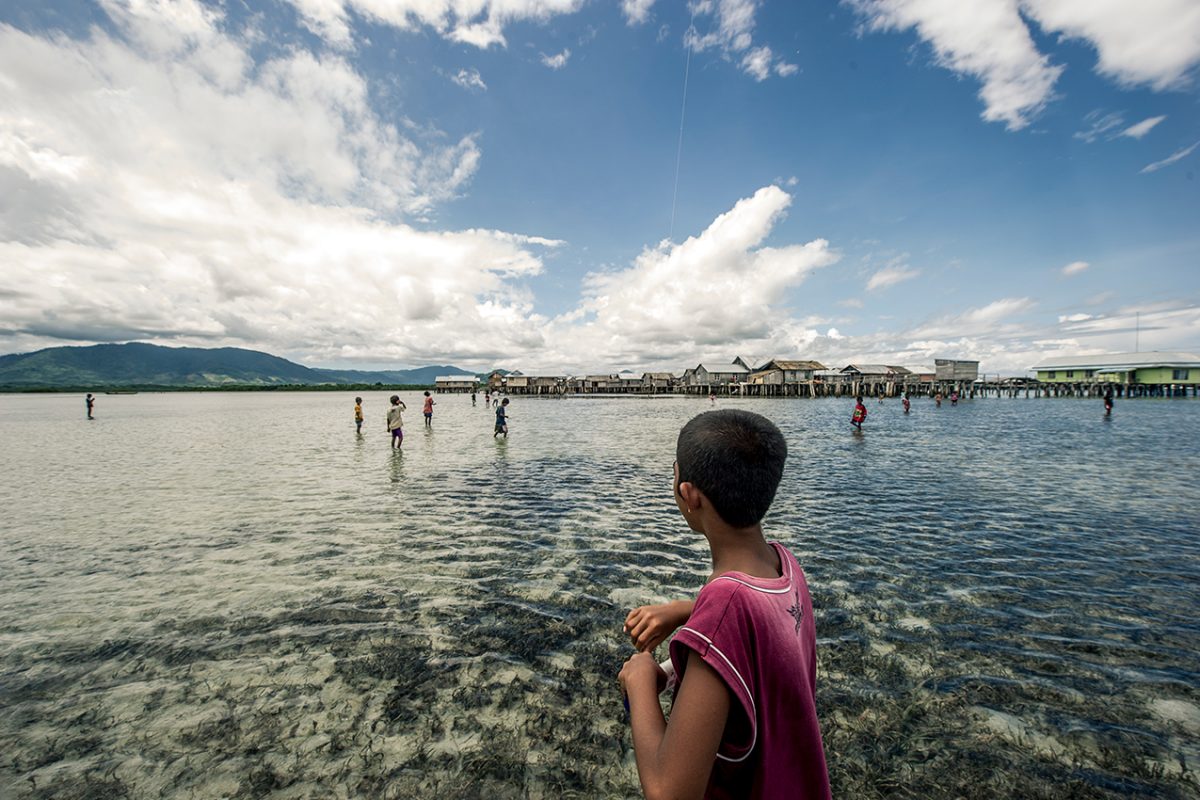 For the children that are born in Torosiaje, it may be several years before they set foot on dry land. The stilt village has a junior school but older children commute to the mainland. Sulawesi, Indonesia., James Morgan
About the Horniman