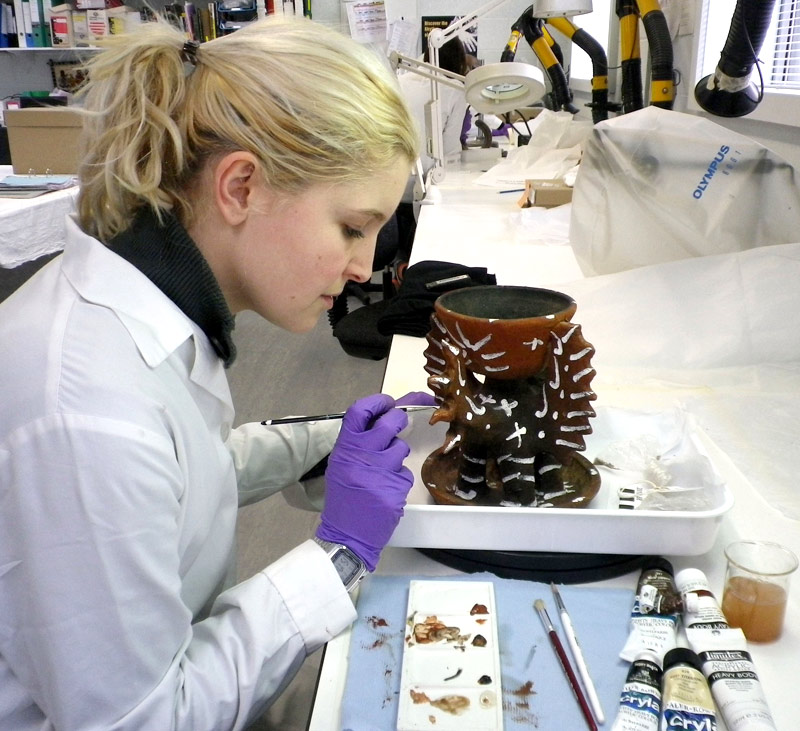 Anthropology Behind the scenes Conservation and care
A conservation student from the Institut National du Patrimoine, had a look at repairing and treating a Balinese incense burner in preparation for display.

I am a conservation student at the Institut National du Patrimoine (INP) in Paris, France. I came to the Horniman for a six-month internship, because I was attracted by the diversity of the collections.

The first object I worked on was very interesting. It was a Balinese pasepan or incense burner (2010.88), in the form of a winged lion and made of low-fired terracotta.

Its base was broken into five pieces (sherds) and one point of the tail was missing.

The treatment consisted of sticking the sherds together with an acrylic adhesive. I filled in the gaps between the sherds with ready-made filler.

In consultation with the curator Dr Fiona Kerlogue it was decided to replace the missing part of the tail, modelling it with epoxy putty.

Finally, I made the retouching on both tail and base with acrylic paint. 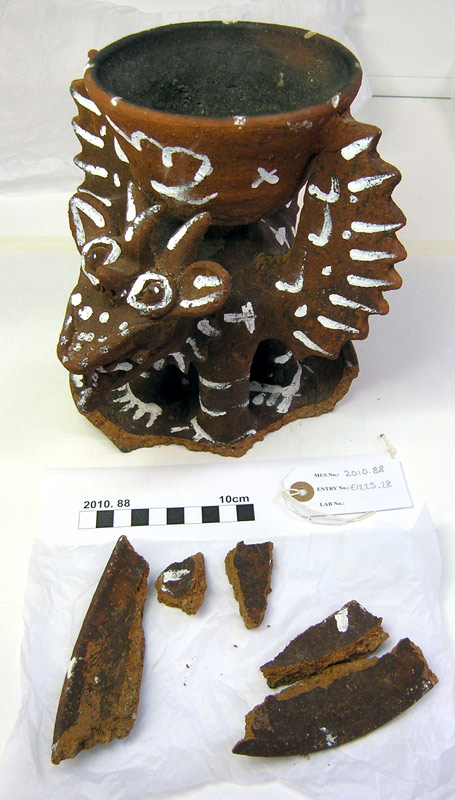 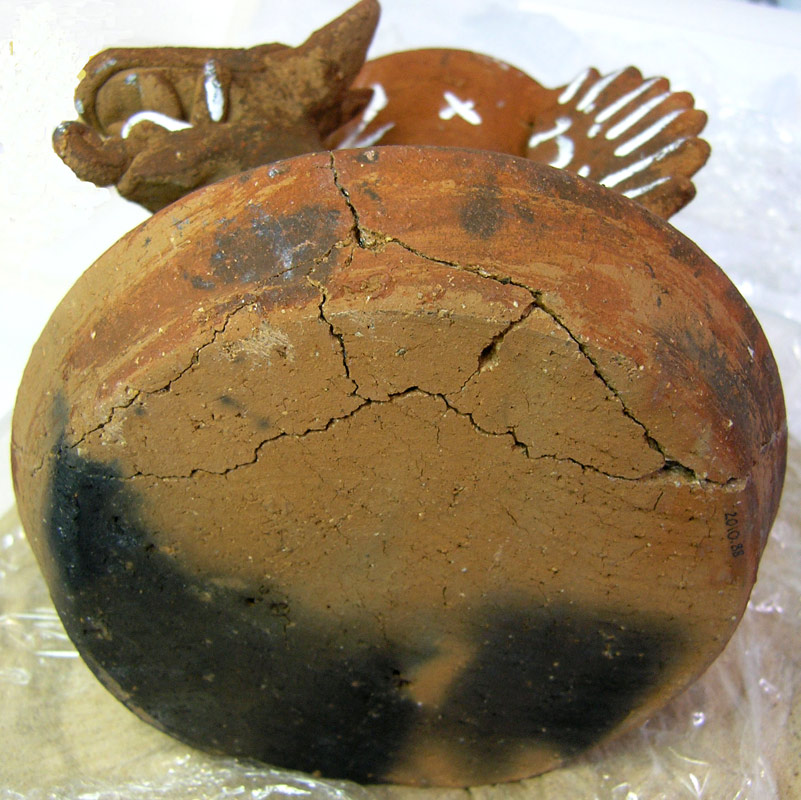 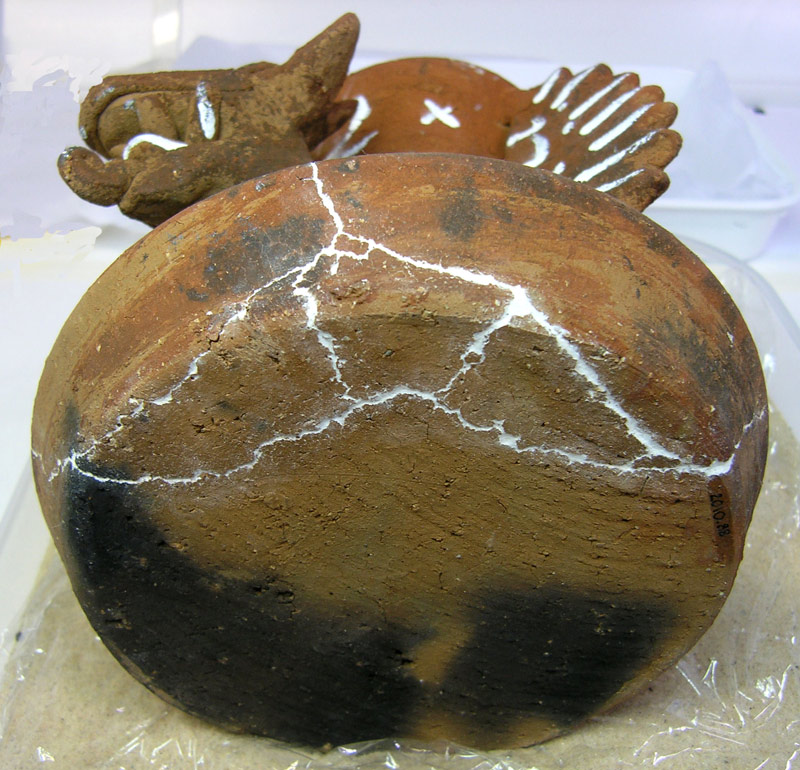 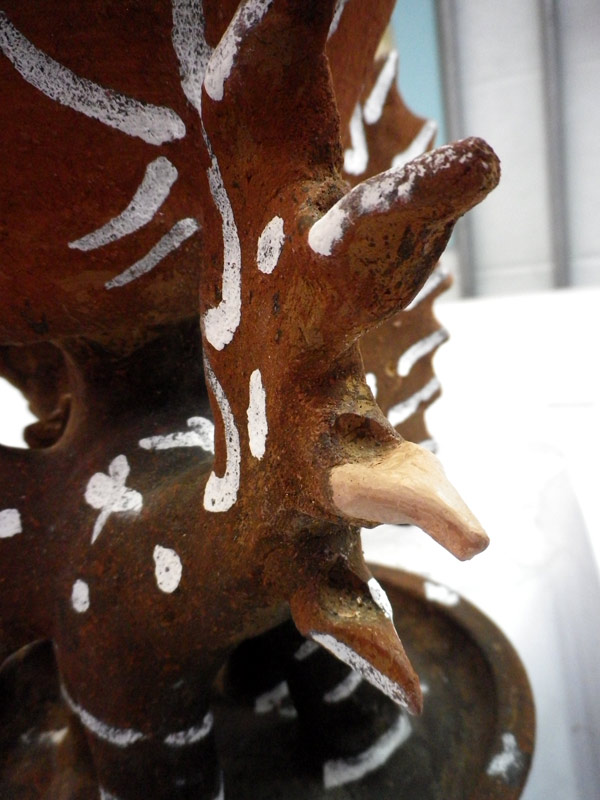 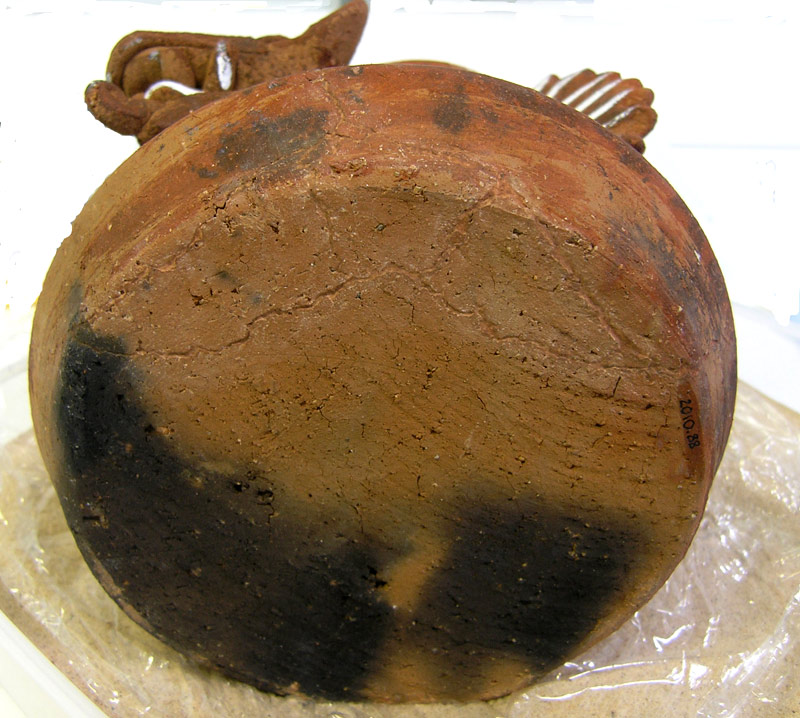 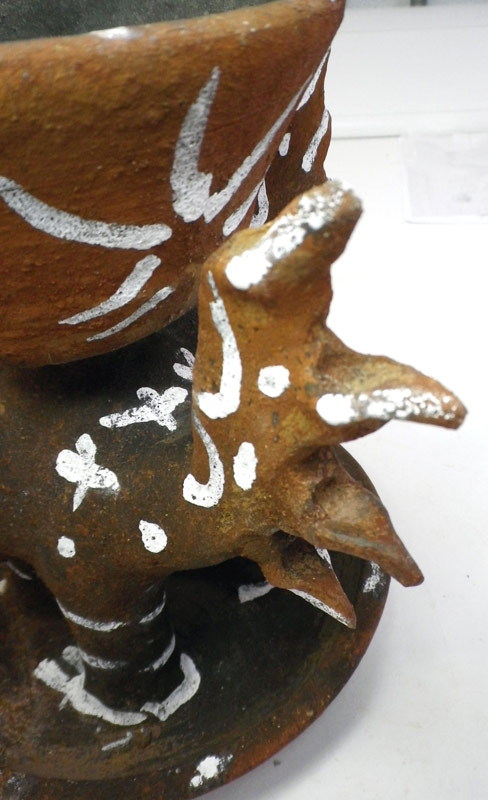 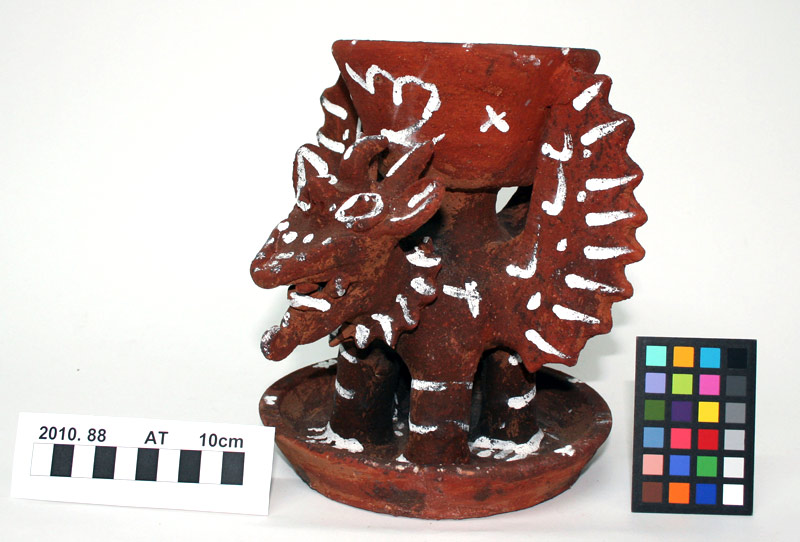