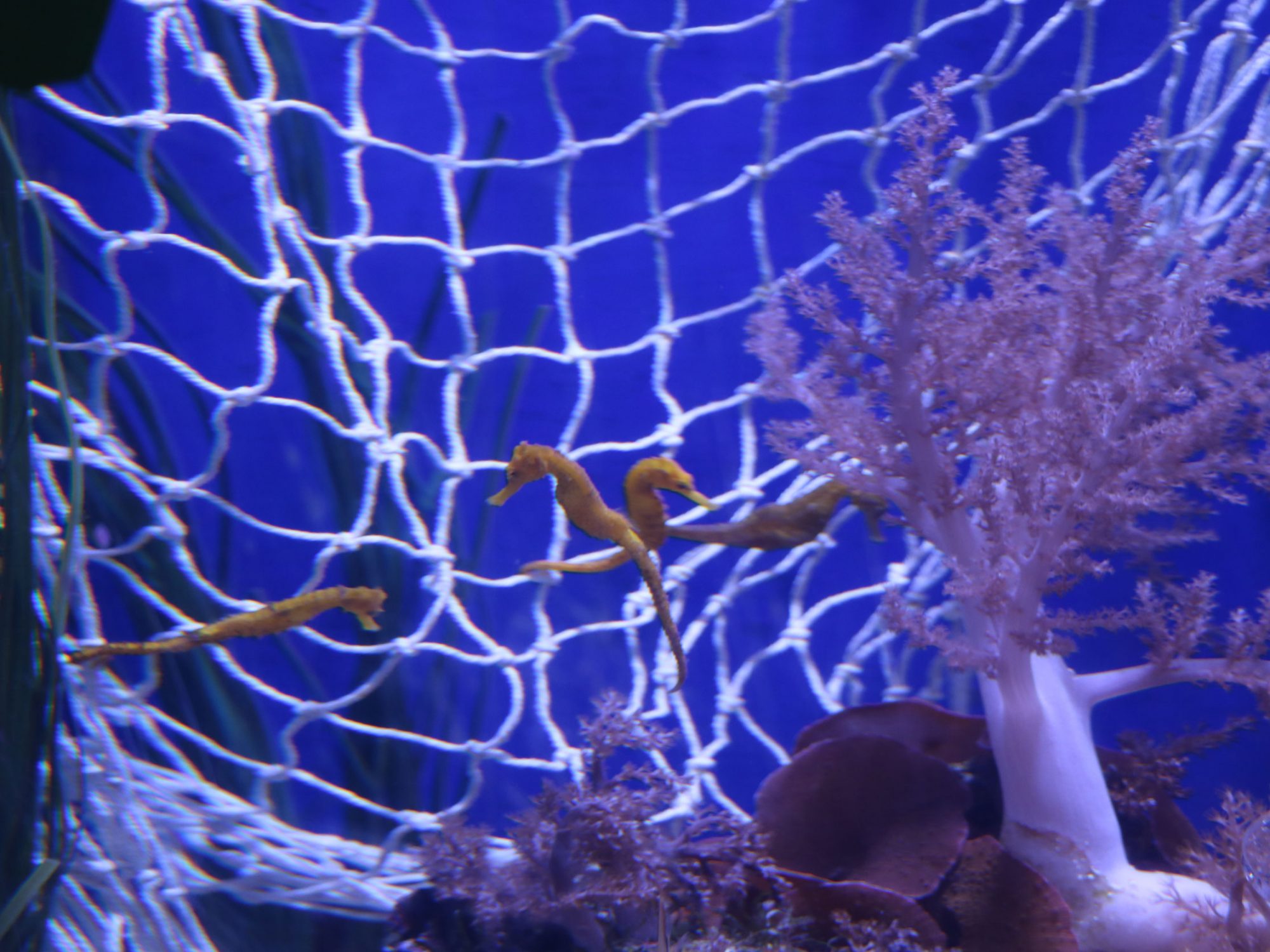 Our pop-up display of water-polluting plastic waste has been making waves at the Aquarium, inspiring children to take action to protect aquatic life.

The Beat Plastic Pollution display has introduced more than 150 items of single-use and waste plastic into the permanent aquarium exhibits, alongside information about the impact plastic has on sea creatures, and actions visitors can take to reduce this harm.

Even more striking is the temporary removal of the jellyfish – one of the Horniman’s best-loved displays – which have been replaced by around 30 plastic bags floating in the current. Plastic bags in the ocean are commonly mistaken for jellyfish and eaten by sea turtles, causing fatal blockages in their digestive systems.

And a visiting parent told the Horniman that the display had given her a starting point to talk to her toddler about the environment.

Seeing plastic waste in the Aquarium has been shocking for some of our visitors, and we know some people were disappointed not to see any jellyfish, but on the whole, the reaction has been overwhelmingly positive. It’s encouraging that people have been so moved by this display, and are pledging to take actions to reduce plastic pollution.

We’ve taken care to clean and position the plastics in this display so that our animals aren’t harmed, and we’ll be removing the waste before it begins to break down into microplastics. Sadly, in the wild none of that happens, and plastic waste is one of the biggest threats to aquatic life around the world.
Michelle Davis, Deputy Aquarium Curator

The Beat Plastic Pollution display at the Horniman Aquarium has been extended to run until 1 August. Tickets: Child £3, Adult £5, Family (2+2) £13, prices include a voluntary Gift Aid donation. Under 3s and Horniman Members are free.