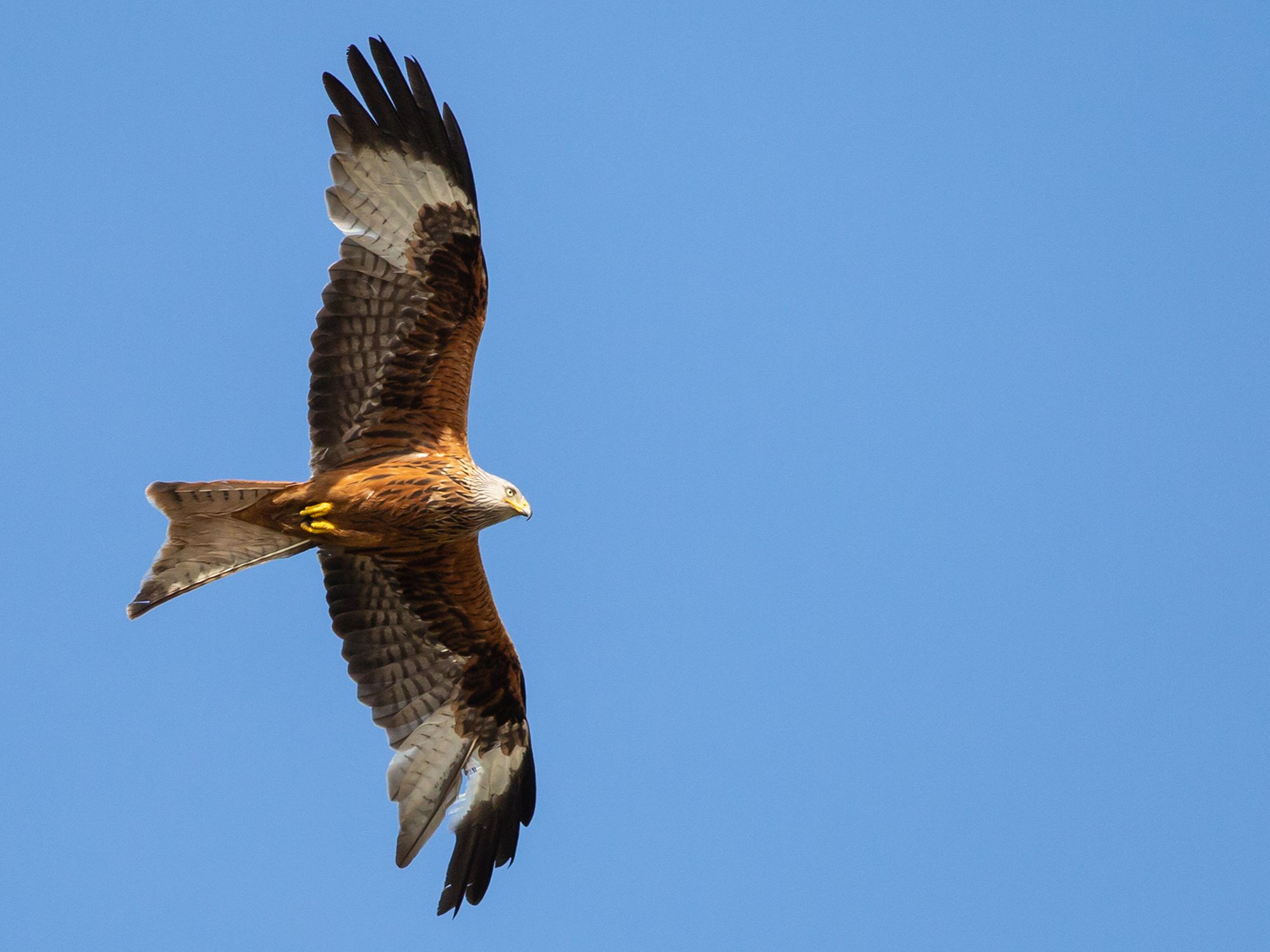 Animals Natural history
Visitor Host Rebecca Ward, shares the success stories of British birds that have benefited from rewilding, bringing them back from the brink.

Many conservation groups and individuals are doing great work to protect the world’s most vulnerable species and teach us how to help them.

Here in the UK we have our fair share of struggling species, but our understanding – and dare I say our passion – is greater than ever. When we talk about the environment it can all seem a bit doom and gloom (unfortunately) so I want to share a few success stories, all three of which can be seen in the Natural History Gallery.

These animals have all benefited from one particular type of conservation: re-introduction. This aims to ‘rewild’ our landscape and bring back key species that have been lost due to human action.

It not only benefits the individual animals, but the entire ecosystem. It can help a country’s economy too, with rare or exciting species attracting huge interest in wildlife tourism.

Rewilding isn’t an easy fix though; it is often an uphill struggle requiring years of planning and politics. So, while we appreciate the return of animals once lost, let’s love all our endangered animals, from the tiny to the great, and do all we can not to lose them. 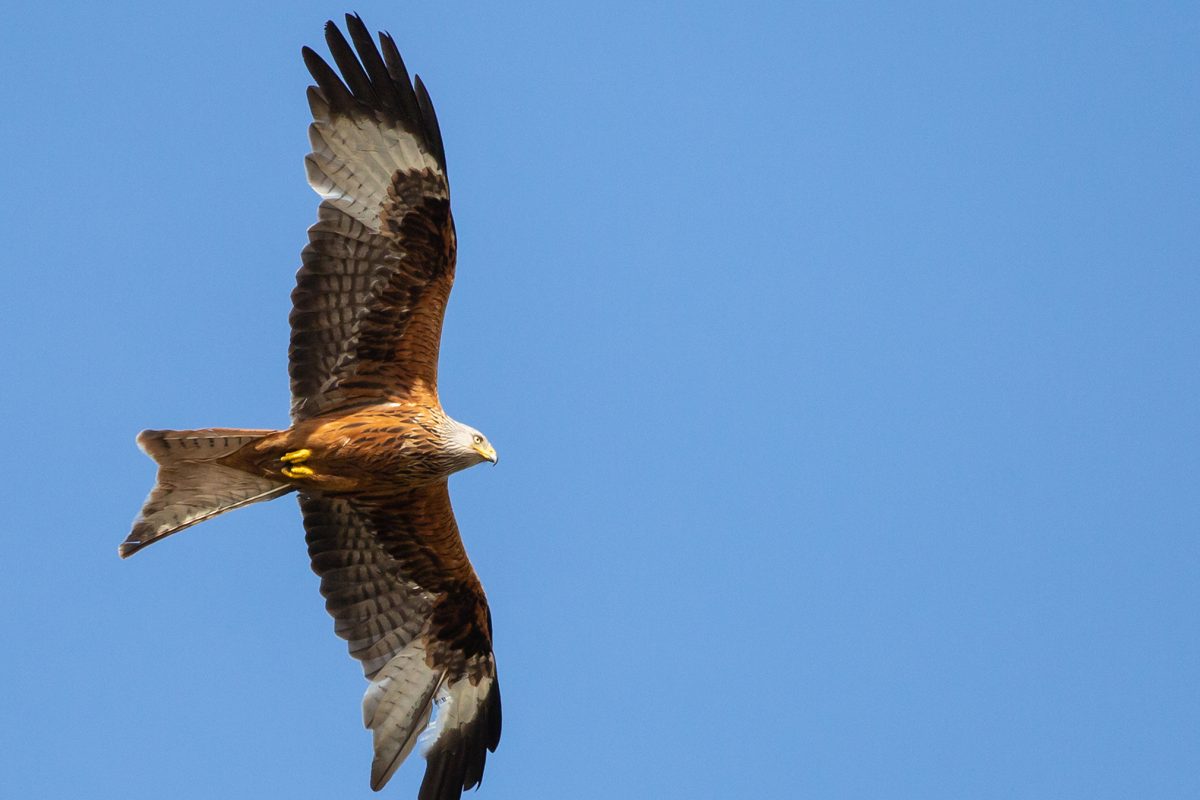 Despite its fearsome claws and beak, this beautiful bird is mainly a scavenger, and as such was greatly appreciated in medieval England for its cleaning up abilities.

Unfortunately, in later years it fell victim to the mistaken idea it was a threat to farm animals and game birds (still sadly a problem for many birds of prey) and then – as it became increasingly rare – was a target for egg collectors and taxidermists.

The red kite became officially extinct in England in 1871, and 1879 in Scotland: there were only a few breeding pairs left in Wales.

But then some good news!

In 1903 the first Kite Committee was formed and introduced schemes to protect the birds and their nests. It took over 80 years for reintroduction to become a realistic option, but 1989 saw the first red kites released into England and Scotland, with more joining them over the following years.
The birds have made a brilliant comeback in many of their former habitats and between 1995 and 2014 their population increased 1026%.

This hefty creature is one of the heaviest flying birds alive today, but European populations are in long-term decline.

The last known great bustard in the UK was shot in 1832, but they had been suffering from collectors and agricultural changes for much longer. It took almost 200 years for their return, when in 2004 the Great Bustard Group (GBG) began a 10-year trial for their reintroduction to Salisbury Plain.

Although great bustards that make it to adulthood can live up to 20 years, the birds have a naturally high mortality rate of over 80% in their first year of life. This, and other complications, meant that initial reintroductions were not as successful as the red kite, but much was learnt about the species and its needs.

Changes were made to improve every stage of the project, and the great bustards have since shown more success.

According to David Waters of the GBG there is now a ‘self-sustainable population of around 100 birds’ in the UK, and there is hope to expand the birds’ range to their old haunts of Dorset, Norfolk, and Yorkshire in the future. 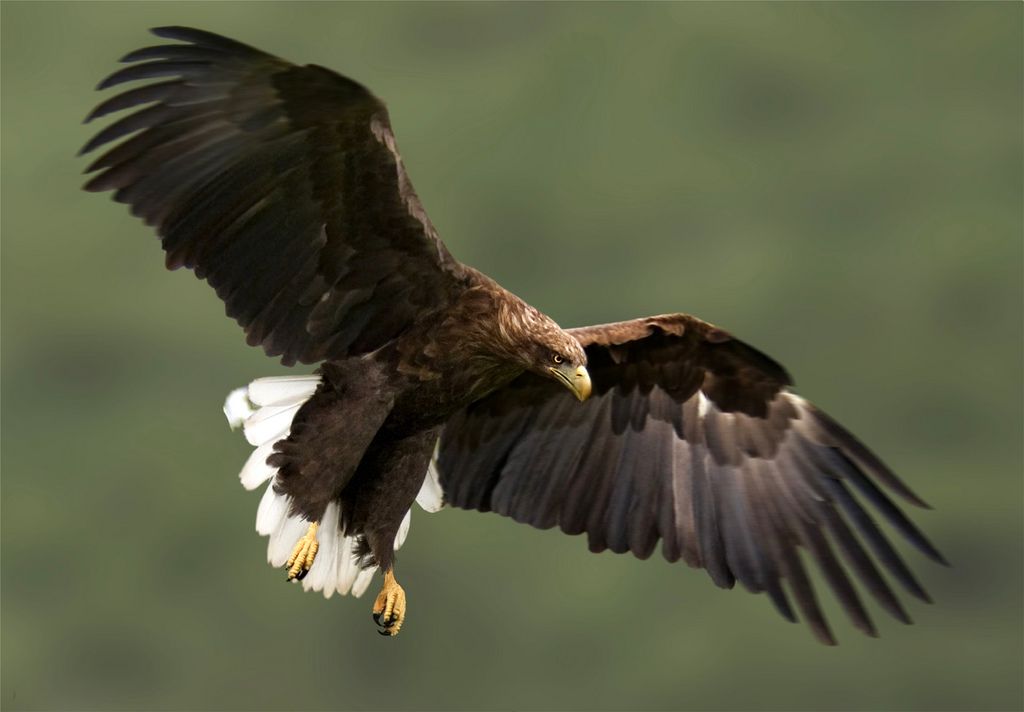 Here’s another big bird; the white-tailed sea eagle – Britain’s largest bird of prey, with a two metre plus wingspan.

Like the red kite, the sea eagle was a victim of both egg collectors and taxidermists, as well as persecution by shepherds, gamekeepers and farmers. The bird was last seen in Scotland in 1918 but had disappeared from England many years earlier.

It was in 1975 that the Nature Conservancy Council (now Scottish Natural Heritage) and RSPB began a reintroduction programme; the earliest eagles being released on the Isle of Rum and Inner Hebrides. The first successful breeding took place in 1985 and there is now a good breeding population in Western Scotland.

The success of the Scottish birds led to the decision of releasing three breeding pairs on the Isle of Wight in 2019 (240 years since they were last seen in England!). It’s too soon to measure their success but conservationists hope that they will help support populations in France, the Netherlands and Ireland, with the eventual aim of restoring the species to the Southern half of Europe.

These birds are just three examples, but reintroduction campaigns cover far more species. And it’s not only birds that are the focus but mammals, amphibians and even insects too. Some, like these examples, are already doing well, but there are plenty of other potential candidates.

Take a look at the Rewilding Britain website to learn more about these animals: rewildingbritain.org.uk

What species would you like to see make a comeback to our countryside?

The IUCN redlist is a comprehensive guide to the World’s threatened animals, plants and fungi species.

There is more that unites us than divides us, and this can…
Find out more
About the Horniman