Anthropology Behind the scenes Conservation and care
In preparation for display, a conservation intern on placement from University College London looked at preparing a group of shadow puppets belonging to the Story of ‘Cupak’.

In my experience, I thought this residue had the appearance of wax. Since wax dissolves in white spirit, I tested a sample in this solvent and found it dissolved quickly and completely.  This suggested that the substance was indeed wax.

Before I started the conservation work, I had to decide whether this residue was considered ethnographic evidence. The residue might have resulted from use from during performance or from contact with wax from the batik process (if the puppets were made in the same workshop).

I consulted curator Dr Fiona Kerlogue for further information on the possible source of the wax residue, and for her opinion on the importance of retaining this evidence. Dr Kerlogue was interested in my discovery, and requested that the wax be left in situ. She felt it was more likely to have come from candles found at the puppeteer’s home where the puppet would have been made and stored.  Light provided during performance is more likely to come from oil lamps than from candles.

It was decided therefore to leave the wax untreated. The wax residue is not immediately noticeable when the puppet is on display due to the surrounding complex and colourful decoration on the giant’s head dress. 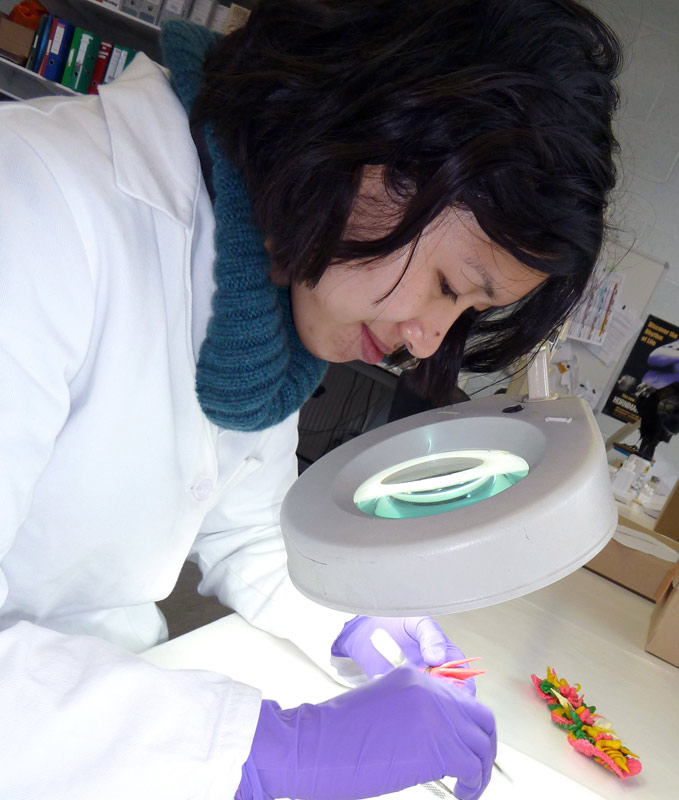 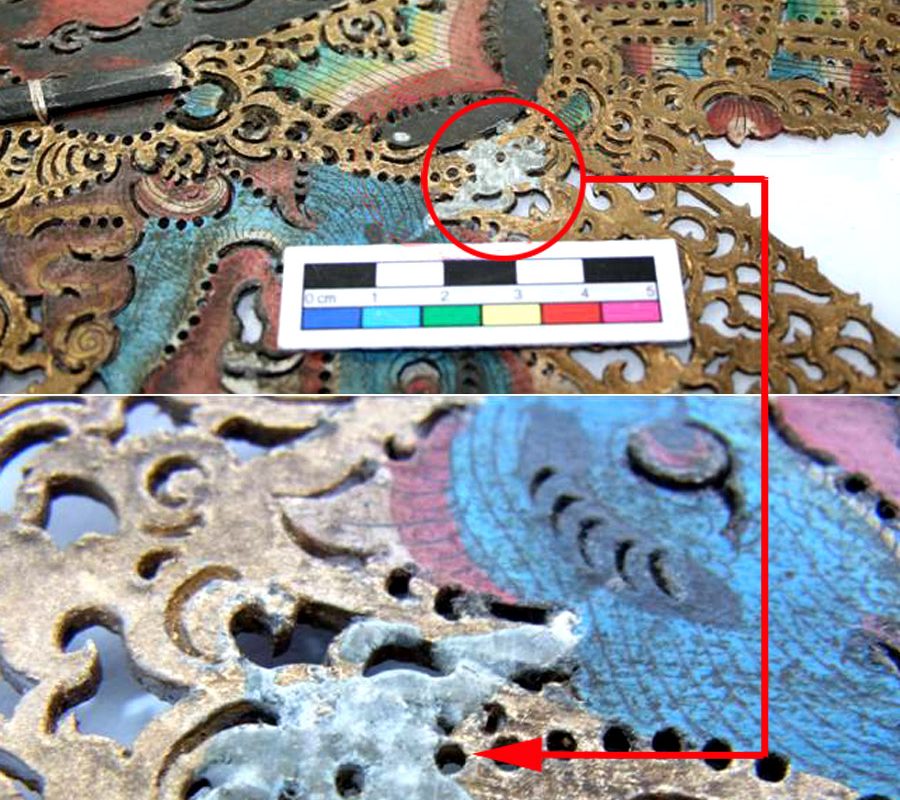