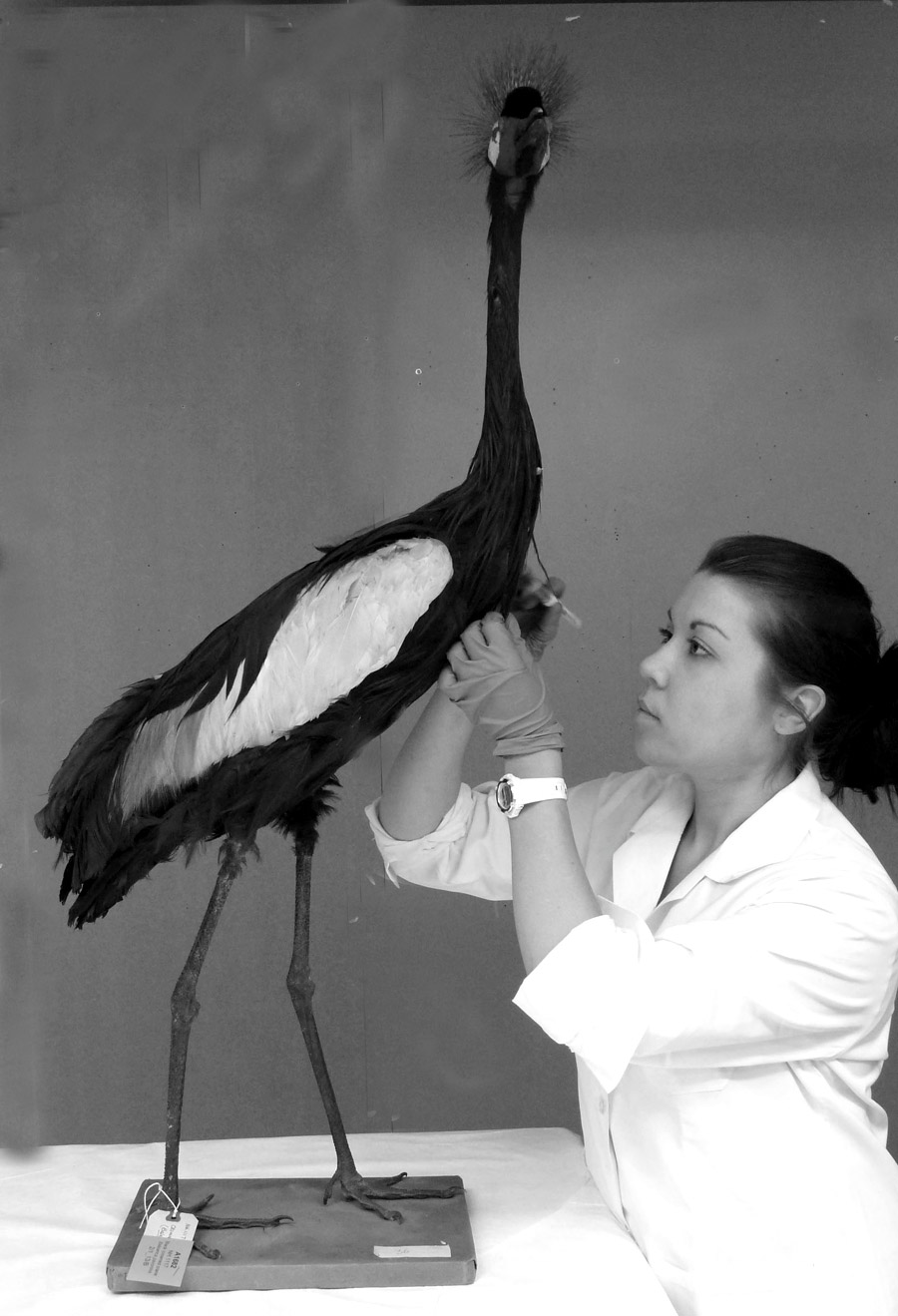 Behind the scenes Conservation and care Natural history
Natalie Jones spent a year at the Horniman as a conservation intern. She explains how she treated some of our taxidermy collections.

I have been working on a number of taxidermy birds commonly found in city gardens, parks and other urban spaces. Each specimen highlights a different type of conservation issue or treatment.

The pair of Blue Tits illustrate how dirty specimens can become as dirt accumulates in the feathers over time. One of the birds has been left untreated and one has been wet cleaned to illustrate this very common issue. The colours of the treated specimen are now brighter and more vibrant whereas the untreated specimen looks grey and dull in comparison.

The Common Chaffinch is perhaps an extreme example of the effect adverse environmental conditions can have on taxidermy collections. In the past, the specimen had been stored in dry conditions causing the skin to become very dry and brittle resulting in the skin splitting and breaking into many tiny pieces. I reattached each piece one by one with an adhesive making sure not to get the adhesive on the feathers.

The Wren had some damage to its proper left leg which had detached from the perching branch. An x-radiograph of the bird revealed the internal iron armature had broken off at the foot and was no longer inserted through the branch securing the bird in place as is shown in the proper right leg. The Wren is a very small bird and as such, it was considered too damaging to try to insert new wire support into the leg of the bird. Instead, the leg of the bird was reposition on the branch and secured in place with a cotton thread.

The larvae casts were removed and a ‘pseudo skin’ made up of a synthetic fabric and wheat starch paste placed over the areas of loss. The loose feathers were replaced where possible and attached with a wheat starch paste adhesive.

The nesting material is made up of grass, mud and dung. This was also loose and deteriorating around the nail which held it to the wooden base. A new mount was made to gently cup the nest and provide support, replacing the corroded iron nail.

The Eurasian Goldfinch had been over ‘stuffed’ around the head and neck area. The combination of this, the skin becoming dry and brittle, and the interior iron wire armatures corroding resulted in the skin around the neck splitting and the head becoming detached.

A new galvanised steel wire armature was placed into the neck over which the head was inserted.  An adhesive was used to secure the head in place and consolidate the brittle skin.

It proved quite a challenging and delicate specimen to treat as it was displayed with a dried thistle which had very loose seeds, and was attached to the plant and base by a single 1mm thick wire armature.

The Chaffinch varieties is a fine habitat diorama made by taxidermist Edward Hart in the 19th century.

On first inspection, it seemed as if the bird in the lower right corner had fallen over and only needed remounting on the branch. However once the glass front had been removed to allow access to the diorama, the amount of damage to the bird was seen to be more extensive. There was no skin or feathers remaining on the abdomen or back of the bird and clumps of loose feathers were on the floor of case. Half of one leg was missing and the other leg in pieces; both were barely attached to the body. The wings were loose and the feathers of the proper left wing bent and twisted. There was also loss around the neck and on the face of the specimen. Overall the condition of the bird was poor.

A ‘pseudo skin’ was made with Japanese tissues and an adhesive, and this was placed over the existing body form. Loose pieces of skin and feathers were repositioned on the body and adhered in place. The legs were repaired and secured to the body with an adhesive. New galvanised steel armatures were introduced into the wings to stabilise them and provide support while the damaged wing feathers were rehydrated and repositioned.

The branch on which the bird was perched was damaged and could no longer support its weight so a new brass mount was made to hold the bird in place. This allowed the bird to be displayed in its original position while taking the stress away from the branch and the damaged legs.

Natalie’s internship was made possible by the Horniman Museum and Gardens and the Clothworkers’ Foundation who funded the placement. 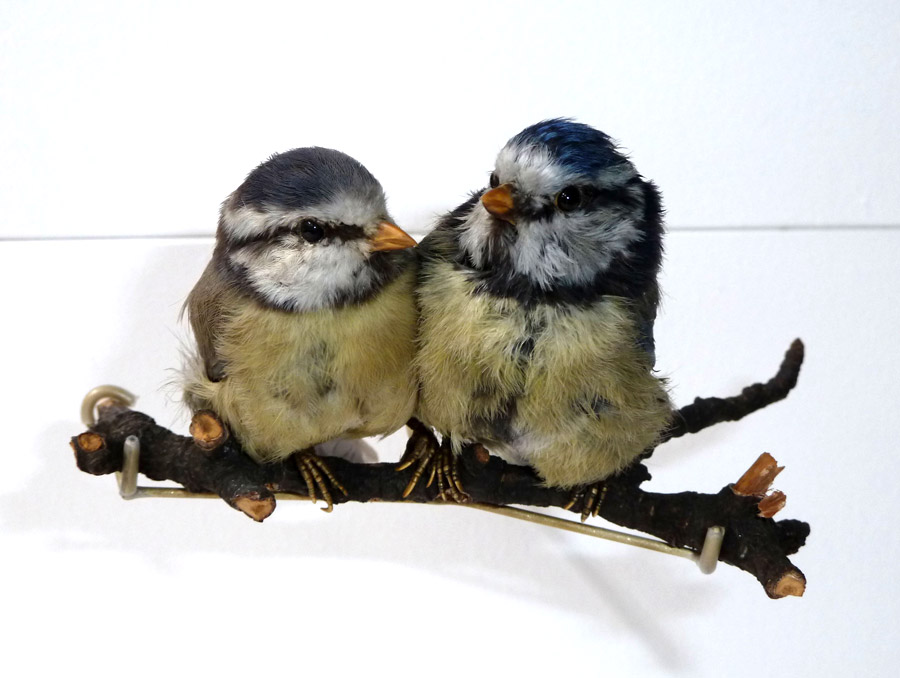 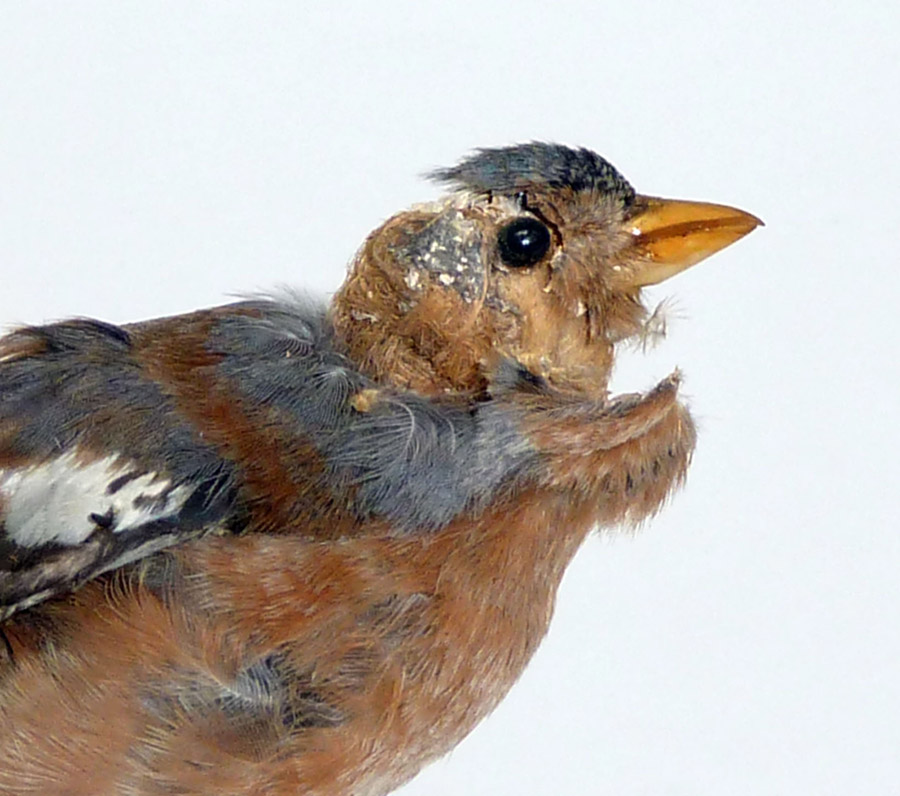 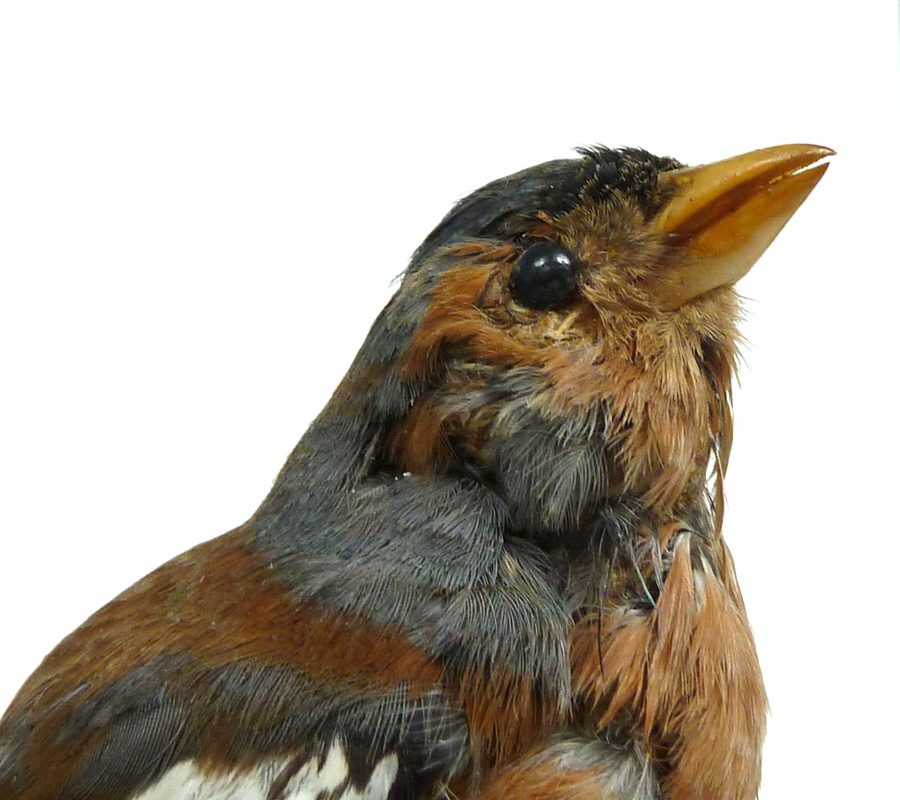 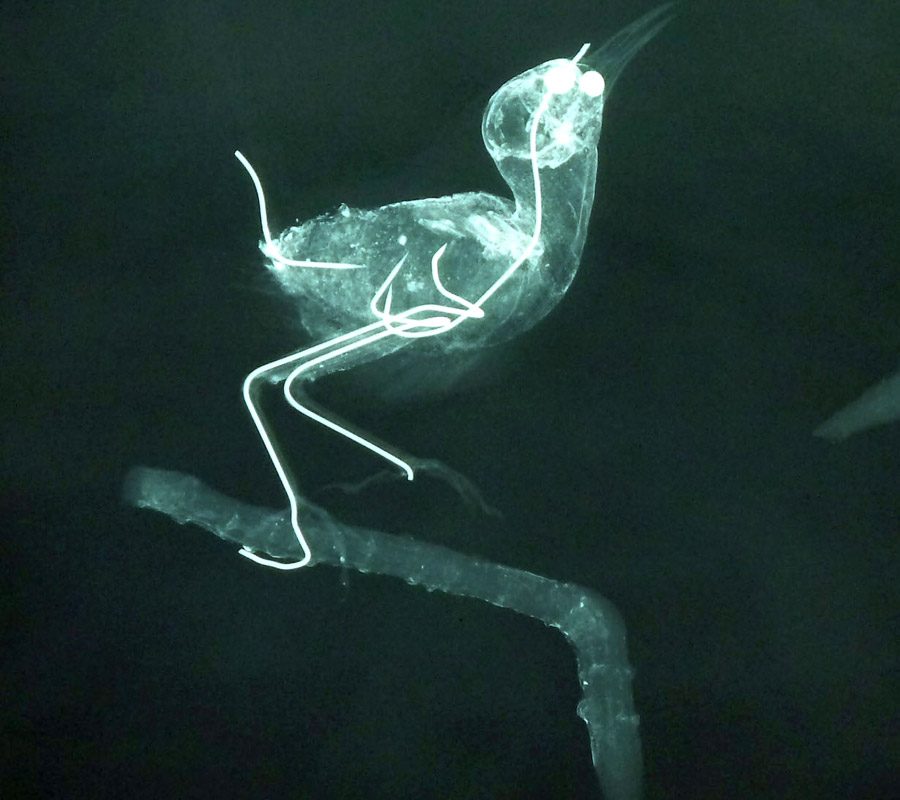 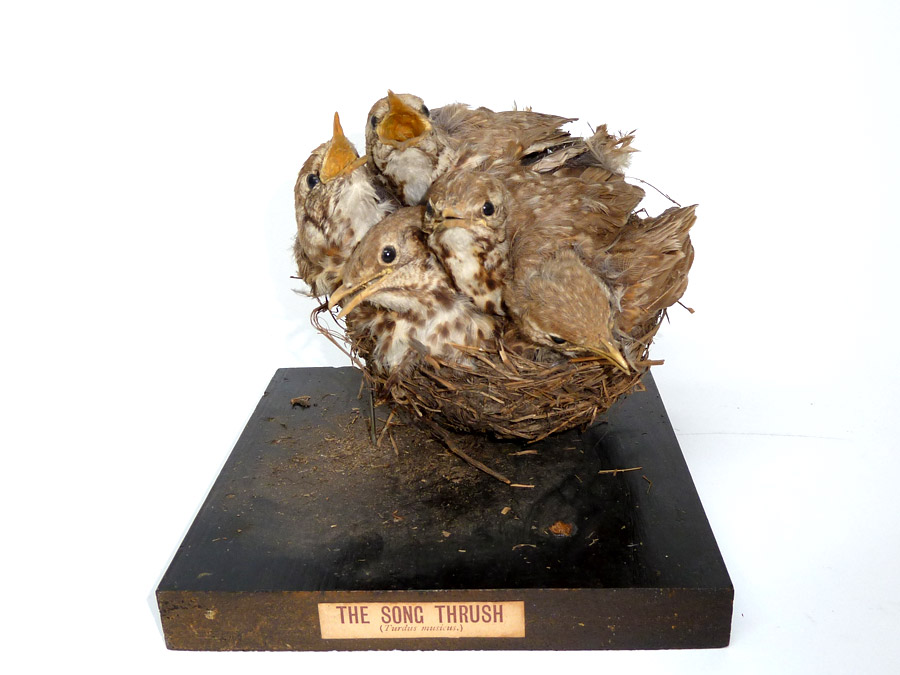 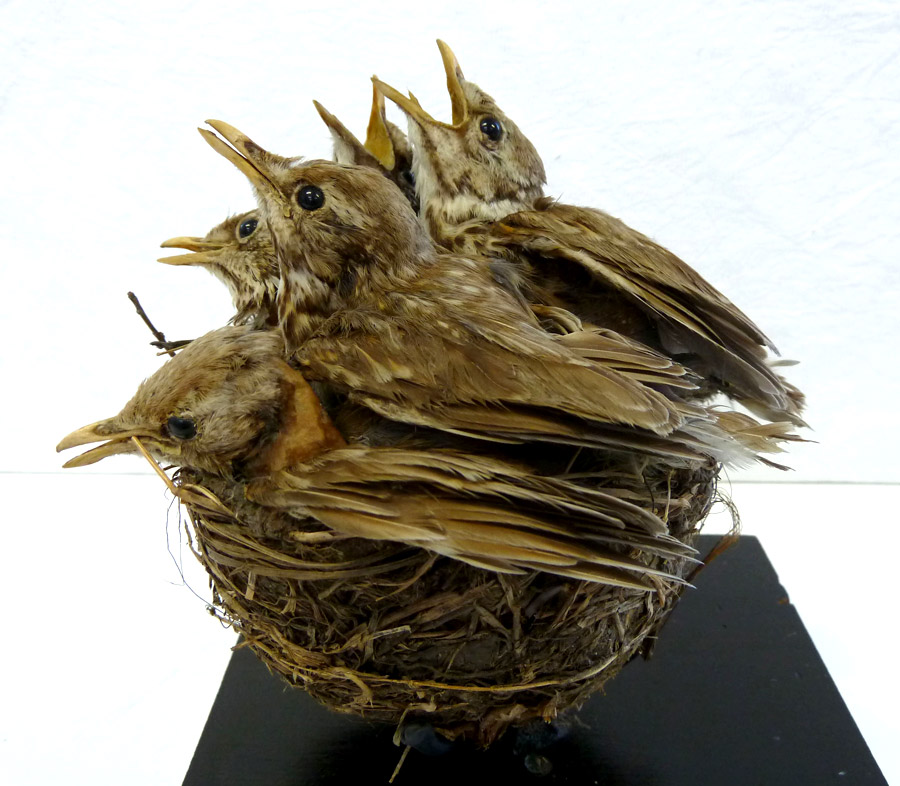 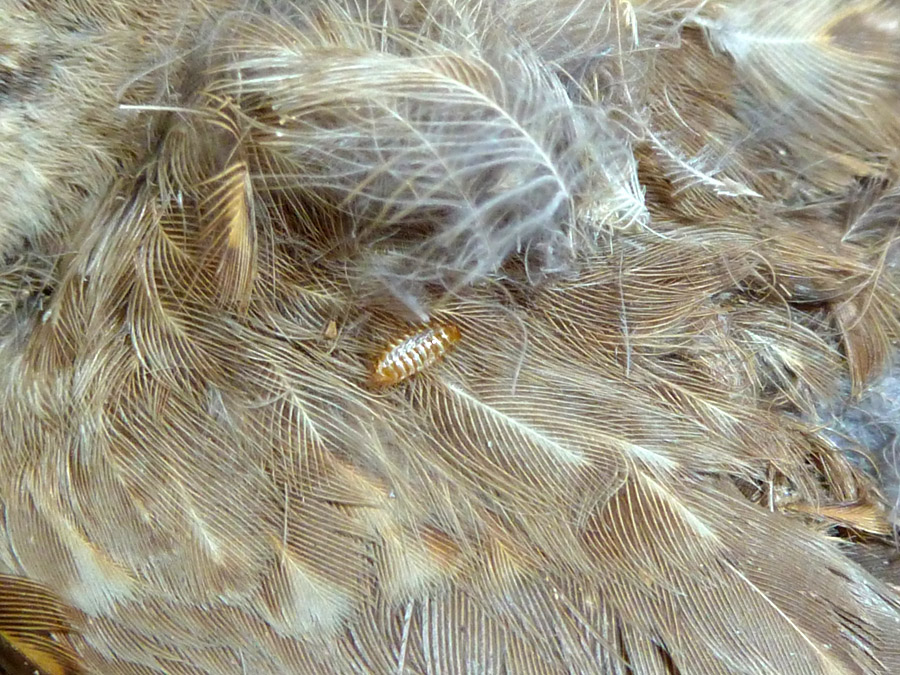 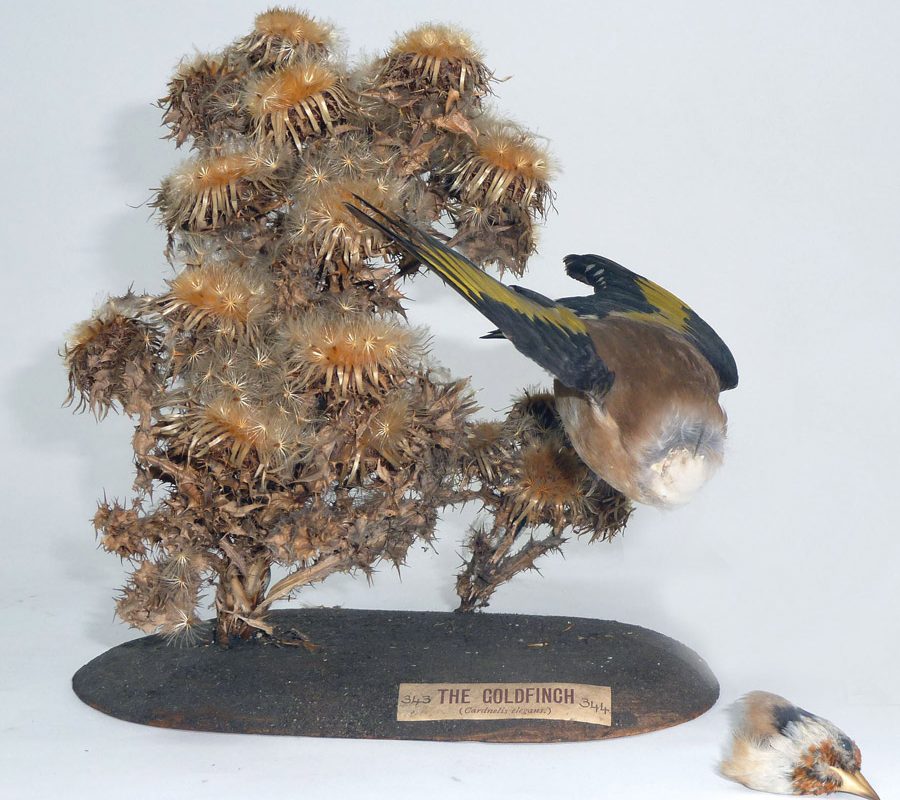 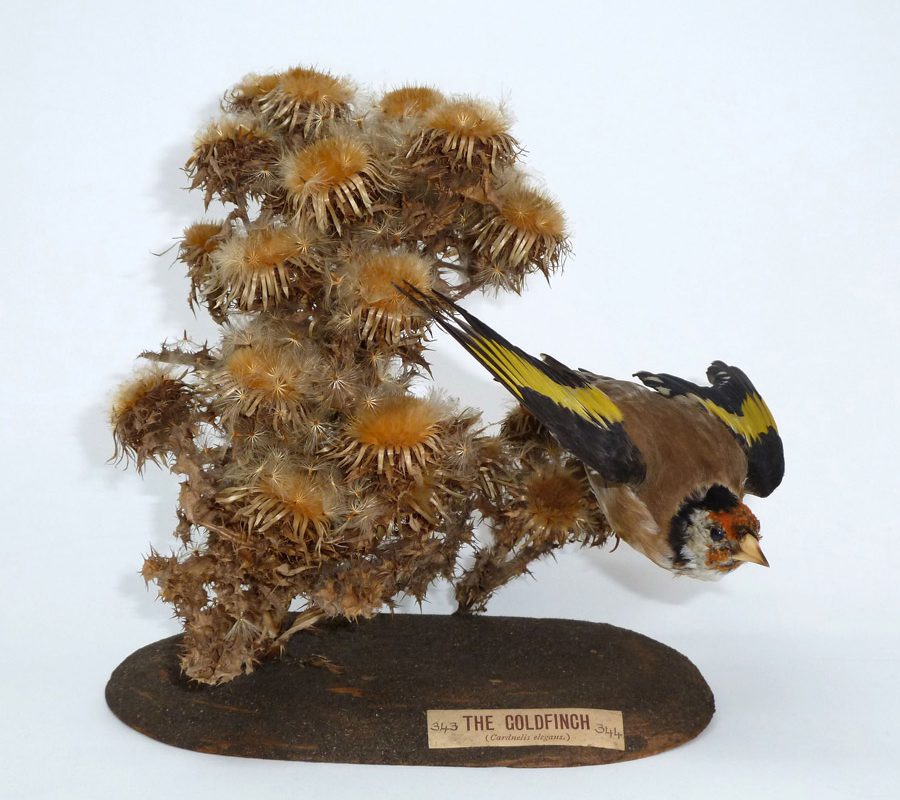 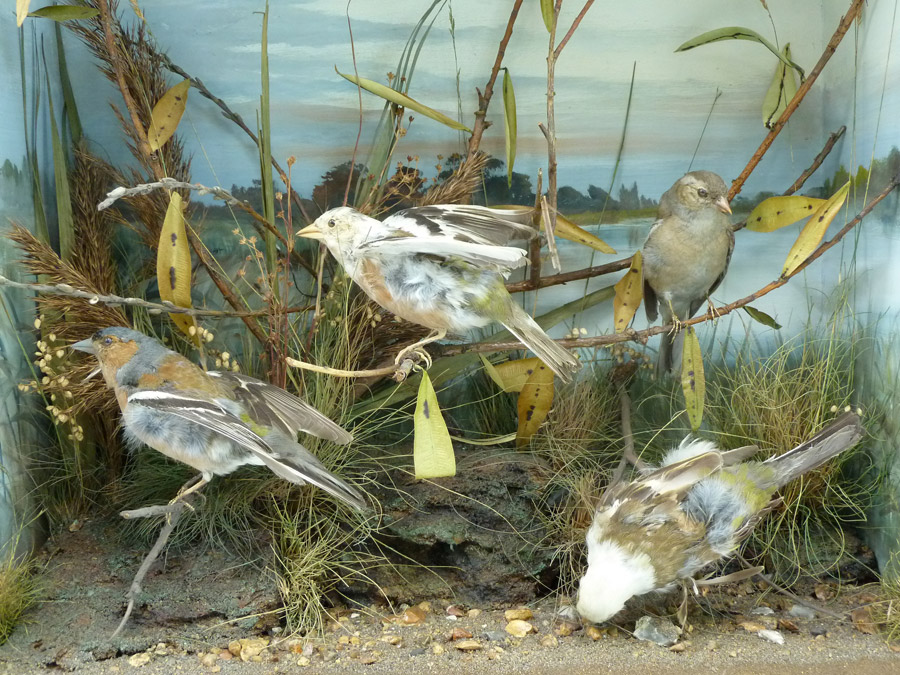 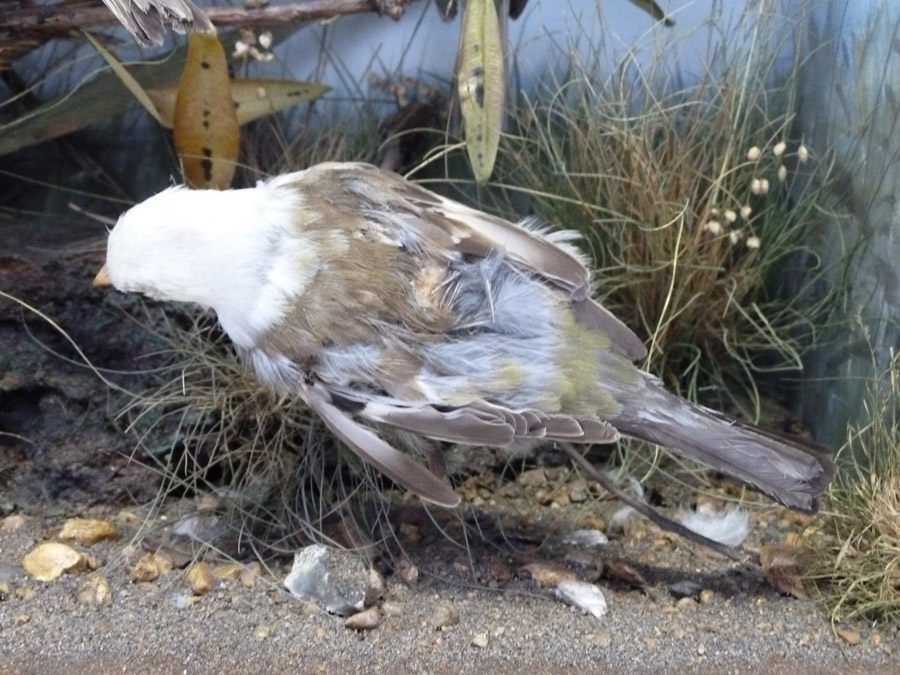 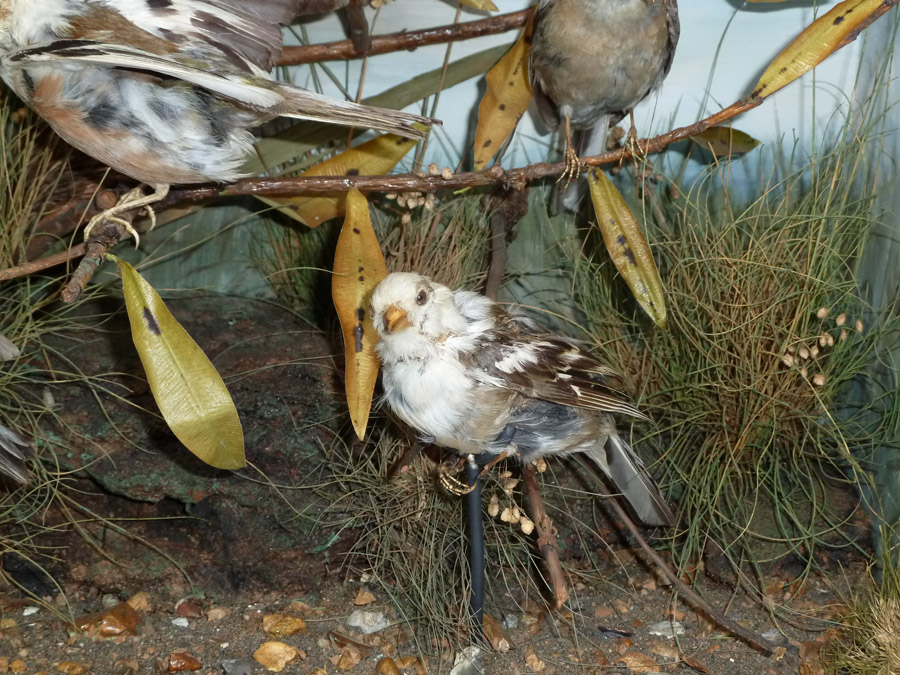 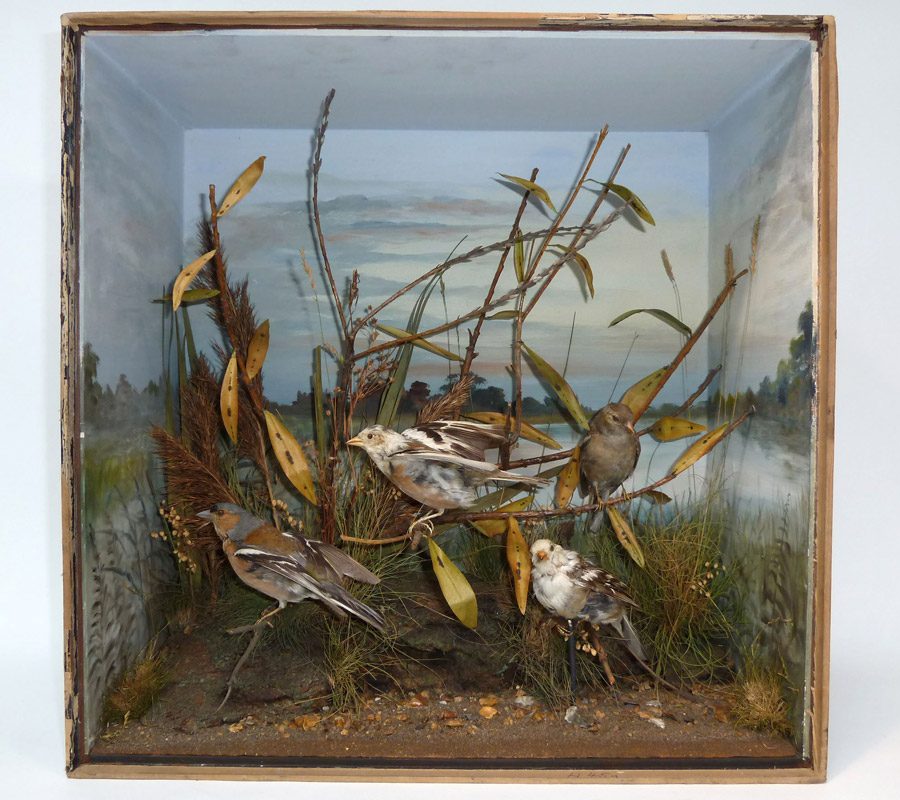