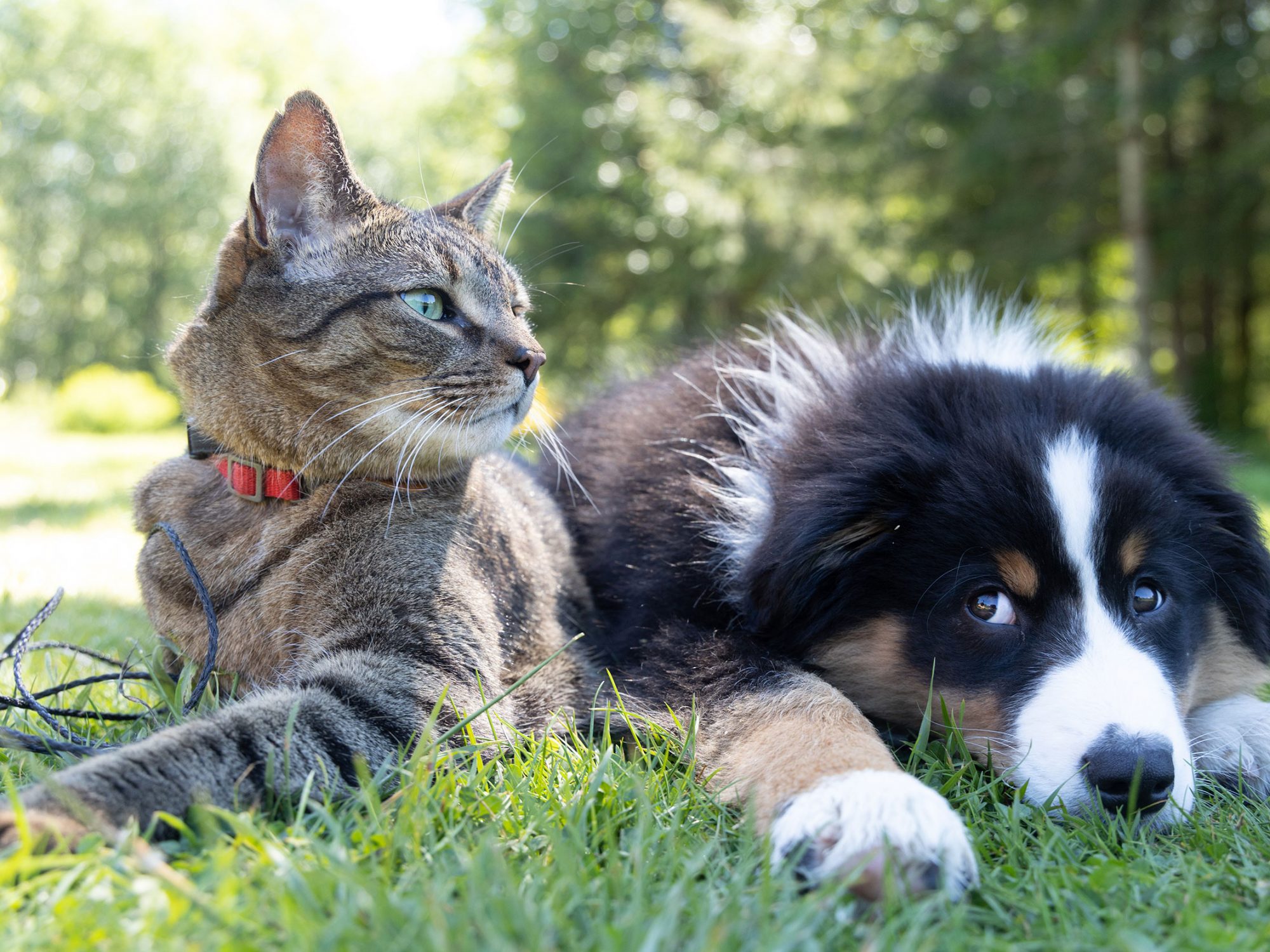 Animals Exhibitions
51% of UK adults own a pet. But how do we know that our feelings of love towards our furry friends are reciprocated, and that they’re not just in it for the cold hard belly rubs and treats? Do cats and dogs love us back?

When we feel a deep connection with our pets, or when they comfort us in times of crisis, it’s nice to think that they know what we’re feeling. But can dogs really read emotions?

Well, research shows that dogs can tell when you’re happy or sad. They can distinguish between the happy sound of laughing and the sad sound of crying. They even experience an increase in cortisol levels (the stress hormone) when they hear a baby crying.

Dogs know when they’re being told off, or praised, and it’s this that make them learn. If you’ve ever house trained a puppy you’ll know the long lasting effect of praising a dog for going to the toilet outside.

Studies show that dogs generally have the emotional complexity of a two to three year old. They can pick out intonations and work out the intent of what we’re saying. This is understood to be because over time, as humans selected the friendliest dogs for breeding, a new cognition in dogs evolved. Dogs became able to socially understand what humans wanted, and in return they got shelter, nutrition and safety.

Do dogs love their owners?

Oxytocin is a hormone that makes us feel bonded to one another. It’s referred to as the ‘love hormone’ for a reason. Some of the main ways that it’s produced in our bodies is when we give birth, breastfeed – or hug.

And the dog version of hugging? Petting. So when you pet a dog, you receive oxytocin, and the dog gets it too. Not only does this mean that you’re both happy, but it strengthens the bond between you.

So petting your dog, and your dog being petted by you, certainly releases the hormone that makes us feel love towards other things.

Dogs respond positively to our positive emotions – we get back the love that we give them.

It’s not just an owner that affects a dog’s emotions. Just like humans need stability and routine, dogs are affected by their surroundings too. Big changes, like a house move or building works will disrupt a dog’s routine, making them unhappy.

Do cats love their owners?

Cats are often heralded as the more aloof pet, but their emotions aren’t impossible to read. Just like a dog will wag its tail when it’s happy, a cat will purr when it’s content. If you’re getting a purr out of a puss it probably means you’ve got the cat on side. Cats often show affection by proximity, rather than physical interaction. So if your cat sits on your lap, or brushes against your legs, they’re showing you that they like you.

Cats are incredibly territorial, and so conducting studies on them is tricky. Their behaviour changes so much when they’re not in their normal environment, unlike dogs.

A recent study found that cats mentally track their owner’s location by their voice, so even though they might not be showing you much physical affection, they’re keeping an ear out for you.

A 2015 study from Oakland University in the USA also found that cats behaved differently when confronted with a smiling human versus a frowning one. When smiled at, the cats reacted positively and by showing affection. When they were frowned at, they didn’t.

And that sweet sweet oxytocin that a dog gets from getting petted, that makes it love you all the more? There’s a small-scale study that suggests cats also receive this when petted – but only a fifth of that which dogs receive.

But love is love, and love from our furry friends is a special kind. We’ll take it where we can get it.

We hope you will enjoy your visit to the Horniman. We've included lots of information here to help you make the most of your visit.
Find out more

The Museum and Gardens are open. The majority of the…
Find out more
About the Horniman