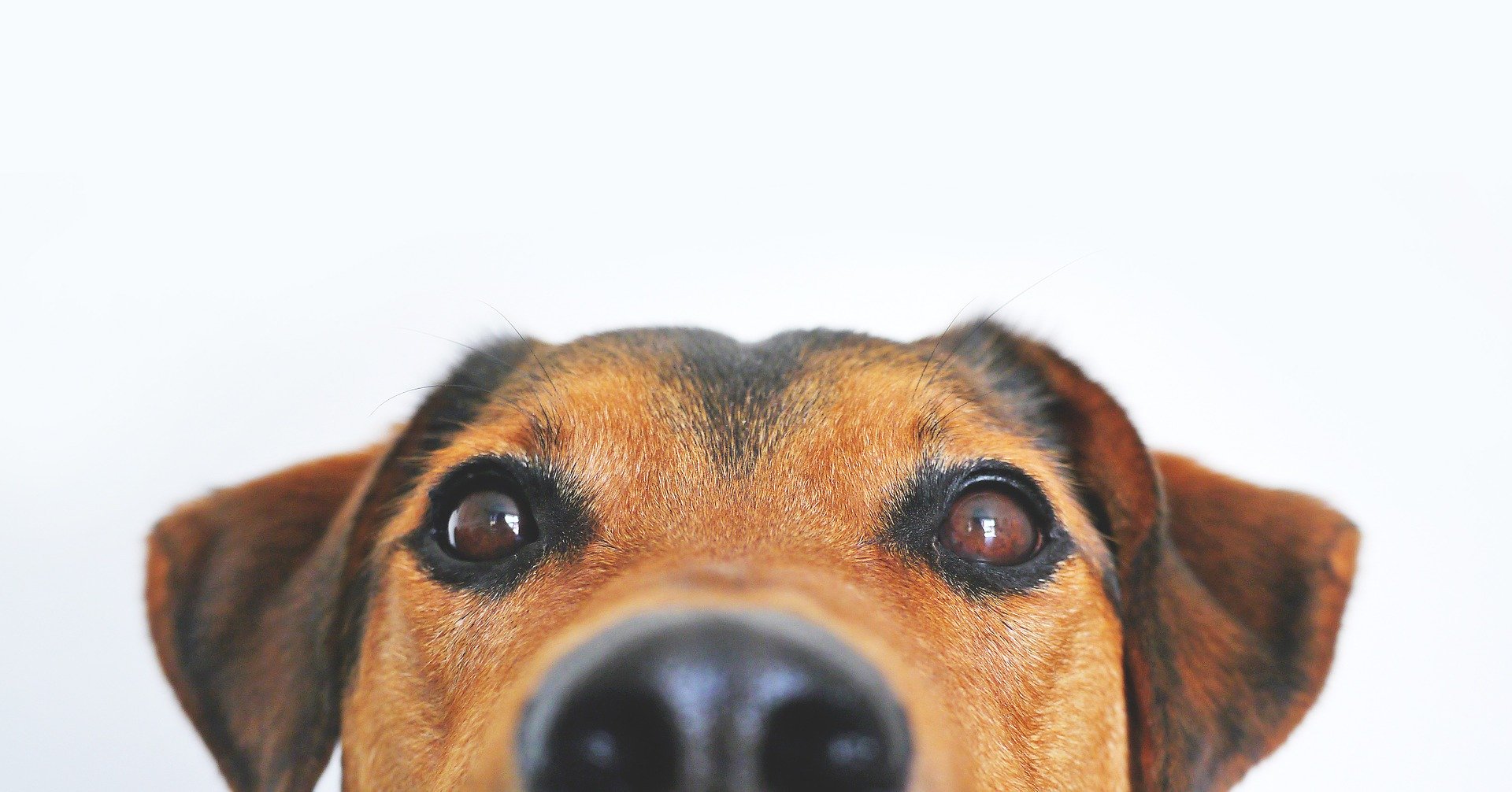 Natural history
Why exactly do animals see the world differently to us? We take a look at dogs, bees, fish and dragonflies, and how they see the world.

It’s often suggested that dogs are colour-blind which isn’t strictly true. Dogs can see colour just not as many as humans. This is because dogs have one less type of colour-detecting cell in their eye. These cells are known as cones and whereas humans have three, dogs only have two.

Each cone is sensitive to a certain wavelength of light which sends a signal to the brain allowing us to process colour. Human eyes can detect red, green, and blue which allows us to see any colour that is a combination of these wavelengths of light. Due to only having two cones, dogs can only detect yellow and blue thus meaning they cannot tell the difference between objects that are red and green.

So if you’re pondering whether to get Rover a green jacket or a red jacket this Christmas don’t worry about it, it will all be grey to him.

Like humans, bees are able to detect three colours and can see any colours that are a combination of them. Unlike humans, however, bees cannot detect the colour red. Instead, their photoreceptors pick up green, blue, and ultraviolet light – the latter of which is not detectable by humans.

To attract bees to nectar, flowers often have petals a different colour to their leaves so bees can tell what to target. Some flowers including sunflowers even make use of ultraviolet to attract pollinators.

Bees are particularly attracted to purple, violet, and blue, but also to a colour known as “bee’s purple” that humans cannot see as it is a mixture of yellow and ultraviolet. If you were wondering what colour flowers to place in your pollinator garden there’s your answer.

There are plenty of fish in the sea but sadly that means we can’t make definitive statements about all fish seeing all the same colours. However, we can talk about how the way life underwater affects colour vision.

Vision underwater is obviously very different to vision above. Water absorbs light, which is why as the depth of water increases vision is swiftly impaired. Light with longer wavelengths which allow the detection of colours like orange and red, are absorbed by water much faster than light with short wavelengths, such as green, blue, and ultraviolet. This can vary of course, as different bodies of water may have different properties such as increased salinity or unique chemicals in water.

If you thought all of that was impressive prepare to be blown away. Humans and bees may be able to detect three different types of light, but studies of dragonflies have shown that these insects can detect no fewer than 11 wavelengths and as many as 30.

As far as we’re aware this is the most of any creature alive on earth and means that dragonflies can pick out colours we couldn’t even dream of.

10am – 5:30pm
Our Natural History Gallery first opened in 1901. The design was influenced…
Find out more
Around the Horniman
Free