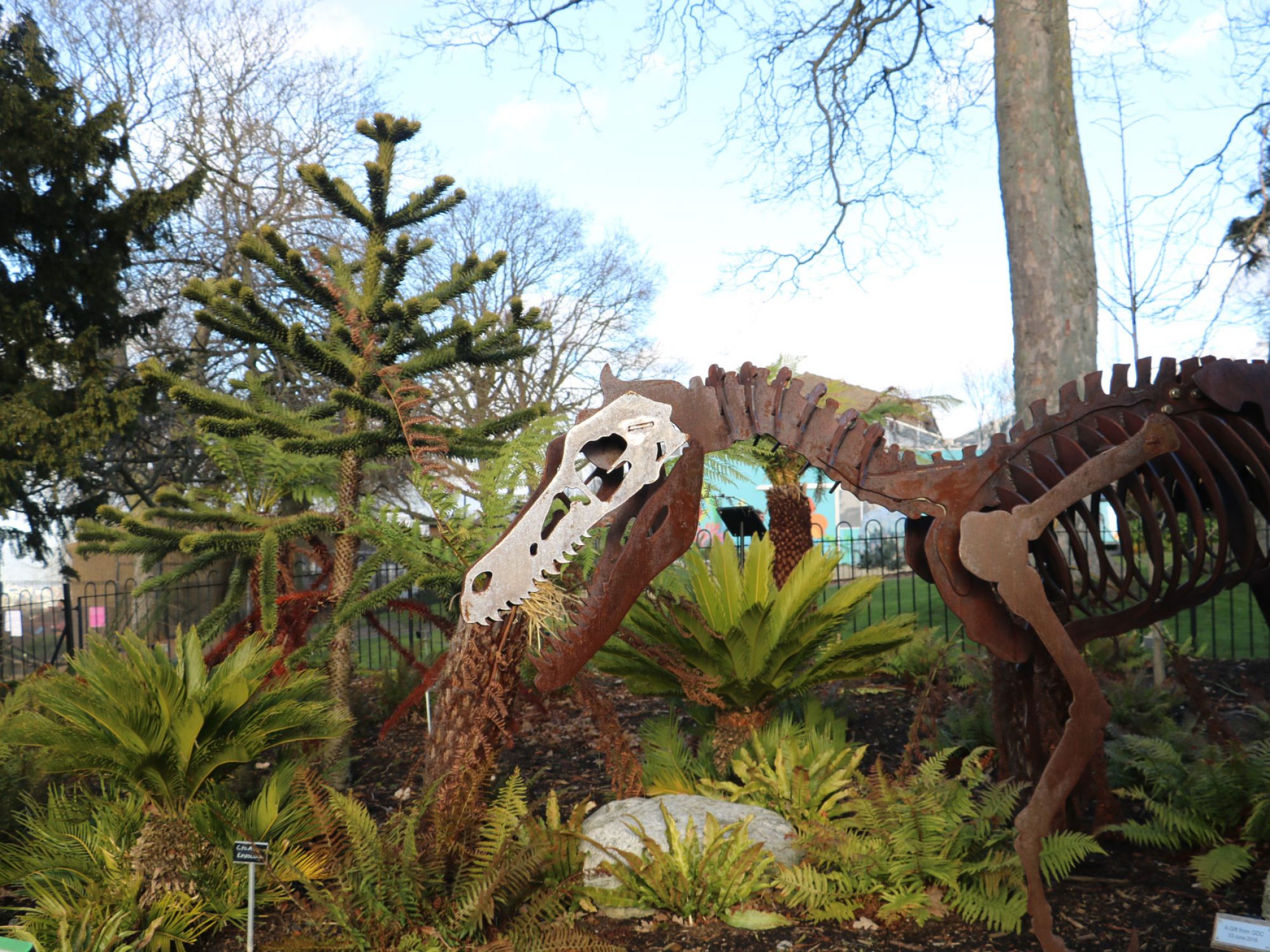 Gardens Natural history Natural world
A display of Prehistoric plants and living fossils has been planted in the Horniman Gardens. Here, we introduce you to some of the plants in this bed.

You may have noticed that our gardeners have started some work in the conifer bed on the lawn above the herbaceous border.

This is going to be our new Prehistoric Garden.

We have kept three trees in place from the original planting: the yew, the redwood and the Lawson cypress. We will be replanting the rest of the area with other plants known as ‘living fossils’ – species that have been around for thousands of years. This planting will include a ginko and a Wollemi pine, as well as tree ferns, cycads and a monkey puzzle tree.

The tree ferns, or Dicksonia antarctica, were particularly appealing to low-slung herbivorous dinosaurs like the stegosaurs because they did not grow too high off the ground. Today, ferns have prospered, with over 12,000 named species. Perhaps because there are not any dinosaurs left to eat them!

Monkey Puzzle trees, or Araucaria araucana, were around in the Mesozoic Era – which is sometimes known as the Age of Conifers. Conifers were some of the first to evolve on dry land. Today, these cone-bearing trees are represented by familiar species such as cedars, firs, and pines.

It will still be a while before the bed is completed but there is already a lot to see, so do go and take a peek.

This project has benefted from funding from the Tesco Bags of Help initiative, with a grant of £8,000.

7.15am (Monday - Saturday) or 8am (Sunday and Bank Holidays) until 5.20pm
Alongside the Grasslands and Sunken Gardens are a number of…
Find out more
Display
Free

Monday - Saturday: 7.15am - sunset
Sunday: 8am - sunset
The Sunken and Display Gardens were built in 1936, and are overlooked…
Find out more
About the Horniman