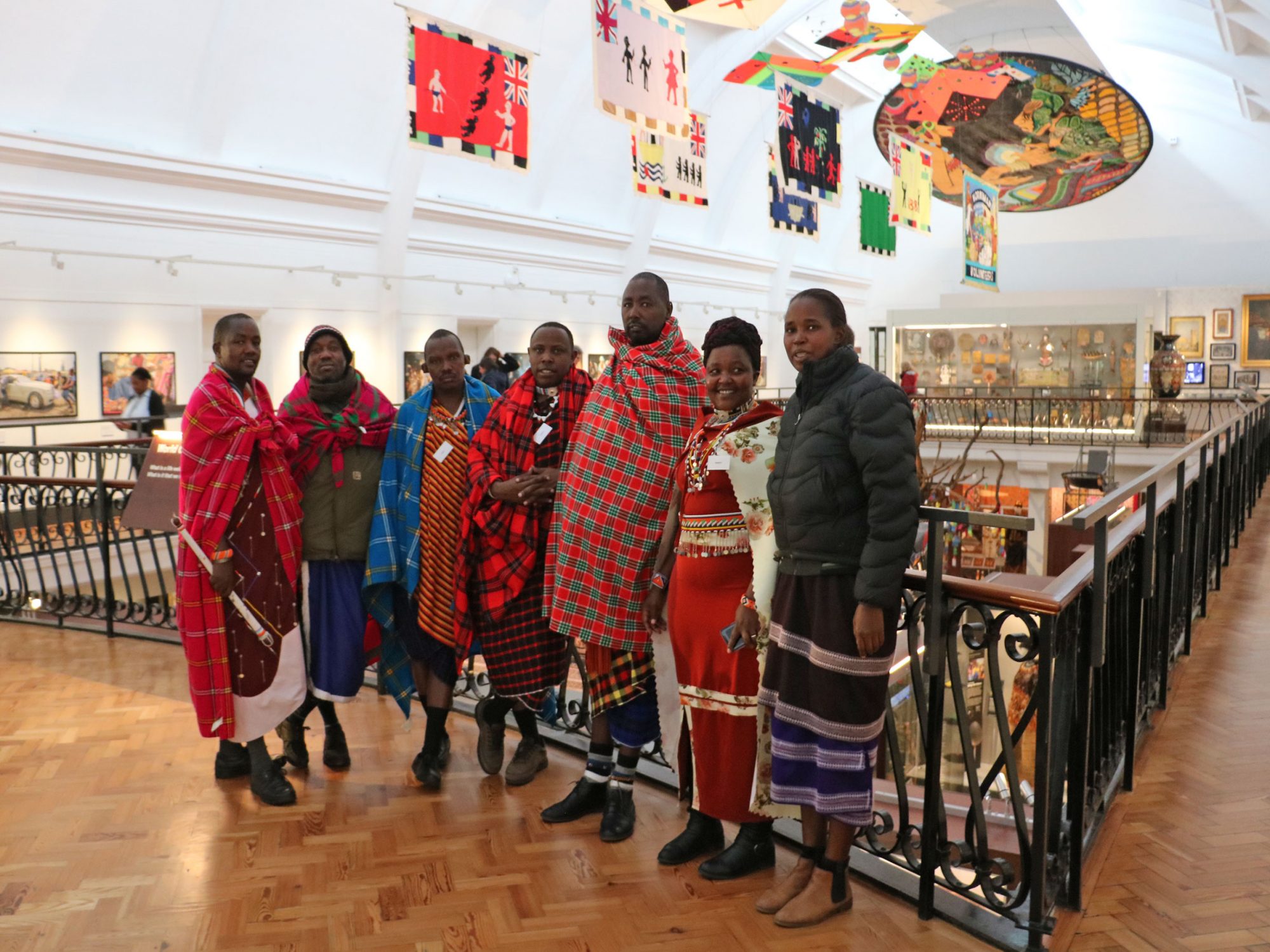 Anthropology Behind the scenes Community Rethinking Relationships
JC Niala has written the first in a series of posts, carrying on conversations sparked by a project to build trust around African collections.

Rethinking Relationships was a DCMS-funded project which I led from 2019 to 2021. It ran across four museums in the UK: the Horniman, Pitt Rivers, Museum of Archaeology & Anthropology, and World Museum.

The aim was to develop new practice around the Kenyan and Nigerian collections in each of these museums. It began life as a face-to-face project, and moved online following the onset of the pandemic.

Throughout the duration and beyond the end of the project, the team and I are asked again and again: how was the project was carried out?

What worked well and what was learnt?

In the spirit of carrying on these conversations, I have written this post. It draws inspiration from Navjot Mangat’s excellent article ‘Community Led Research at the National Maritime Museum, Greenwich’ published in the Journal of Museum Ethnography no. 33, March 2020.

Rethinking Relationships was set up to consider what the future of Kenyan and Nigerian collections should be in the context of their pasts. This meant that a multifaceted approach was necessary.

In practical terms, this included provenance research to find out more about where the objects came from and how they came to be in a museum. We also worked with the associated communities to better understand the collections. The project was collaborative, with community colleagues participating from the outset.

Before I go any further, allow me to share some terminology that I realise is imperfect but was used throughout, (and I will be using in the posts to come):

The recognition of community members, both by themselves and the project, as community researchers will be detailed in a later post. It was important because key project values were acknowledging, appreciating, and respecting the expertise that community participants brought to the project as partners.

The word community was purposely unbounded because of the colonial legacy of borders. Maasai communities for example are present in Kenya, Tanzania, and the diaspora.

As a final piece of housekeeping, throughout the duration of the project, I was both a curator/ museum heritage professional and a community member. We bring ourselves into our work and this brought both benefits and challenges.

It may seem obvious but the very first task when working with Maasai collections was simply to find out what was there.

This meant not only looking at all the museum databases but also spending time in each of the museums looking at each item labelled ‘Maasai’ or incorrectly ‘Masai’, individually.

It was during this process that the power of one of the single most useful tools during the project came to light – WhatsApp.

I was already in communication with Maasai community members (some of whom did not have straightforward internet access), so WhatsApp was an easy way to send images of objects that I was researching. Receiving the images on WhatsApp also allowed community members to share them with each other. This led to intergenerational conversations about the collections.

We shared some of these conversations with museum colleagues, but the vast majority of them took place amongst Maasai communities on the African continent and in the diaspora, outside of any museum context.

There are long-standing discussions in heritage about de-centring the museum – and without having planned it – I witnessed this in action. There were many aspects to these conversations that began with community members seeing or finding out about some of these objects for the first time.

It was not long before questions were raised about how these objects ended up in the museums they were in. Of equal importance – how they were currently cared for.

It turned out that provenance research was not dissimilar to putting together a jigsaw puzzle – except that missing were not only various pieces of the puzzle, but also the box with the complete picture to act as a guide. One of the methodologies we used was bringing both community oral histories, and political and cultural landscapes during the relevant historical period together, along with the collections and museum archives.

These were all placed on a timeline so it was possible to map the collections onto key events that gave important clues as to how certain objects might have been collected.

Care for the collections

With this groundwork done, the next step was to prepare for the visit of Maasai community members to the museum collections. I experienced my first big learning of the project.

To my mind – community members had seen photographs of many of the key items in the collections and we had been having useful discussions about them. I had come across some objects that were clearly not Maasai or even from the era that had been documented. All this had been confirmed by the community members with whom we had consulted.

My main worry was the integration of oral and published Maasai histories, which was going to involve a series of discussions once the community members had arrived. I was concerned about whether I had carried out my research thoroughly, but also was unsure how we would work out or negotiate any discrepancies that might arise; which information would be privileged?

What I learned was never to assume where the challenges might lie.

Despite having seen photographs, it was not until community members were in the same room as a group of sacred objects for the first time, that it became apparent where technology such as WhatsApp was inadequate.

The question of care of the collections which was raised before became all important. It was not only about the care of the sacred objects from that moment and on into the future. Language also became a focal point for this care.

A Maasai community member who spoke Maa and Kiswahili asked me of my fellow curators:

His concern was how could curators properly care for objects if they did not speak the language of the communities where the objects came from?

Other questions of care included how to continue to build trust and develop relationships with community members, whilst navigating the often incomplete information museums hold about their collections.

In my next post I will delve further into the question of care and how it became a tool to work with as the project progressed.

I will also talk about the high level of transparency that is required. Museums are still seen as places where knowledge is held and – combined with colonial legacies – a huge amount of work is required to build trust and shared understanding.

JC Niala tells us how the Rethinking Relationships and Building Trust around African Collections project has changed due to the COVID-19 pandemic and the challenges faced for museums and the Kenyan community.

Margaret Akinyi Otieno, Anthropologist, Research Scientist and Community Researcher, shares her experience of researching the collections as part of the Rethinking Relationships project.
About the Horniman