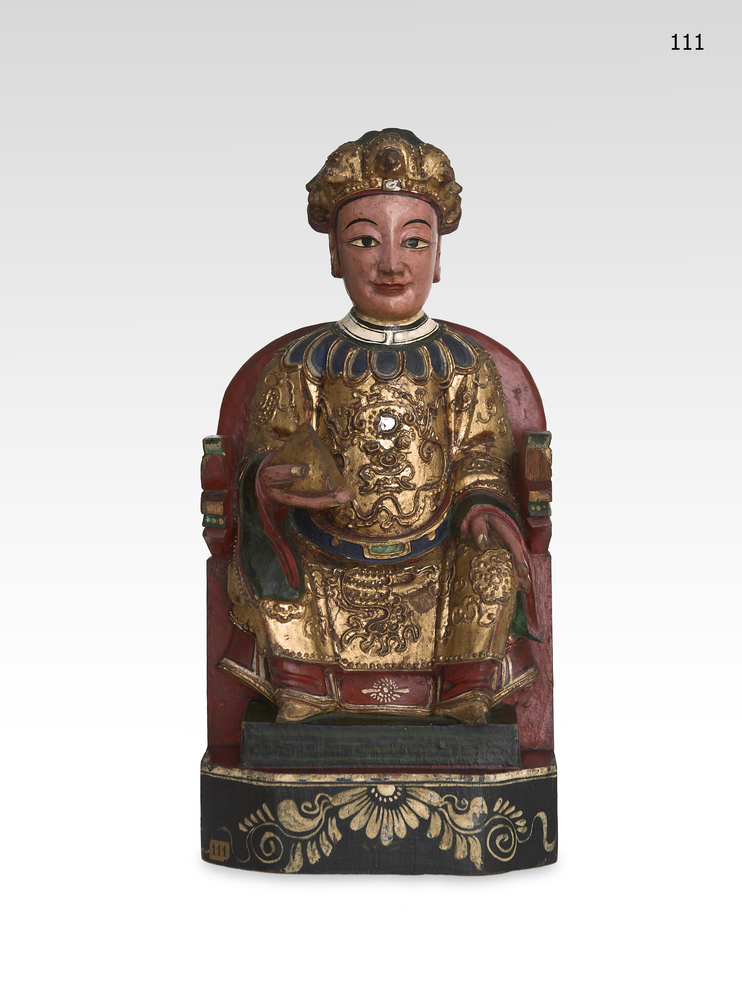 Carved and painted wooden figure of San Po, also known as Sanzi Guanyin, who according to a Daoist legend was the third daughter of King Miao Chuang. It was believed that she could calm the sea when boats were struggling in a storm, and so she was regarded as the protector of fishermen and sailors. She is depicted here with pierced earlobes and with her hair tied at the back. She wears a headdress, a long robe with cloud-collar, a wide belt hanging down at the front and shoes for bound feet. Her right hand holds a pyramid-shaped block of gold and her left hand rests on her knee. She sits on a horseshoe-backed armchair with dragon handles. Such figures would have been placed on a ship's altar, and this one originally came from a junk ship.

This figure was venerated by Chinese seamen and was placed in a junk's altar.