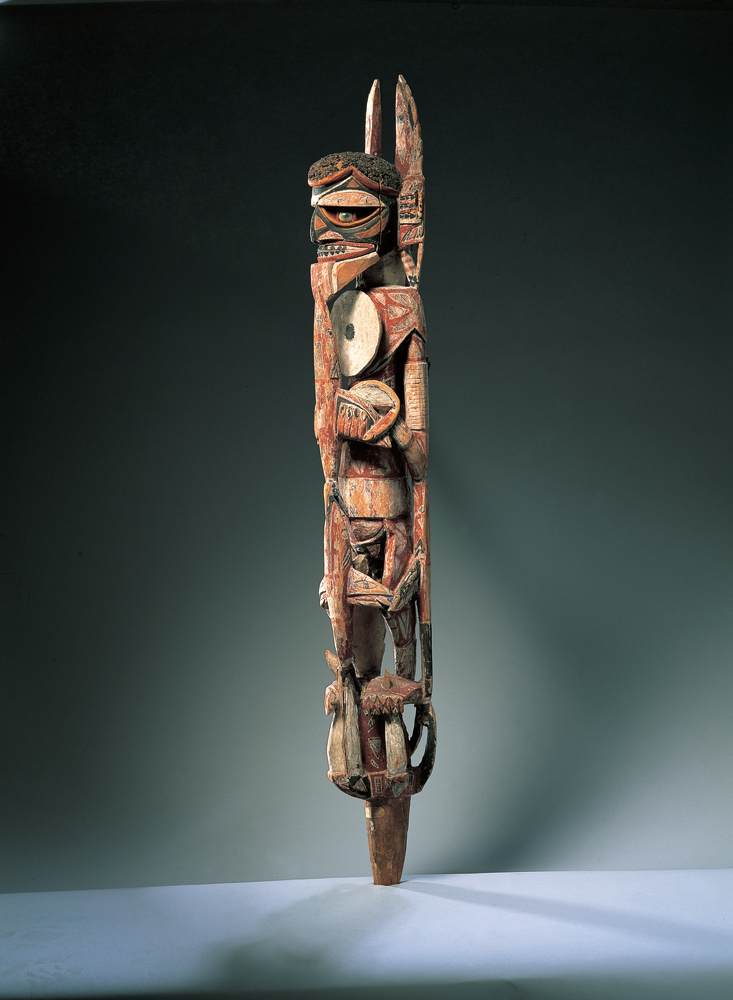 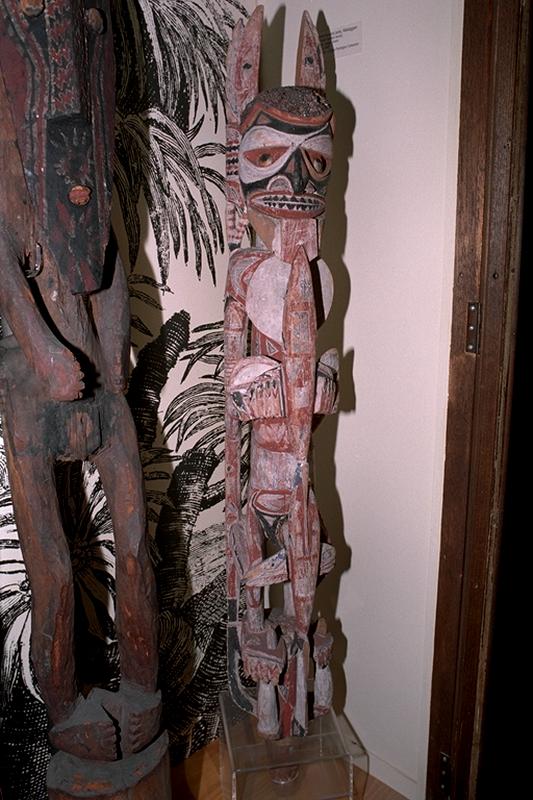 Malagan funerary post of the maramarua type. Like other maramarua, the structure is basically anthropomorphic, and the figure is notable for the large kapkap ornament he wears in his breast. Two fish swim upwards from his feet towards his head. His ears are greatly enlarged and owl-like. The whole is elaborately painted in red, black, white and yellow, and the eyes are formed from the opercula of Turbo shells.

There is a label stuck on the pole on the lower section of the object, reading, 'NEW BRITAIN ARCH / FIGURE FROM A TEMPLE / N. IRELAND / No. V 17 / PL: 241 - 242'. This label has been identified as belonging to James Edge-Partington.

Malagan funerary post of the maramarua type. Malagan posts are produced in association with the malagan funeral ceremonies of the people of northern New Ireland and the Tabar Islands. During their lives, northern New Irelanders acquire the rights to one or more of the vast variety of malagan designs. After death, their relatives usually conduct two funeral ceremonies to honour them, and commission carvers to produce wooden versions of those designs the deceased was entitled to. For the initial ceremony soon after their death, another style of carving to that here was generally used. The human figure type here, known as maramarua, was used in large and expensive collective memorial ceremonies, after which the spirits of several local relatives were considered released from their attachment to the village and their living relatives. The rich carvings themselves were then left in place to decay away, or (in later decades) sold on to foreign collectors. This object was acquired from James Edge-Partington in 1913 as part of an important collection of Pacific islands material (13.43 - 78).