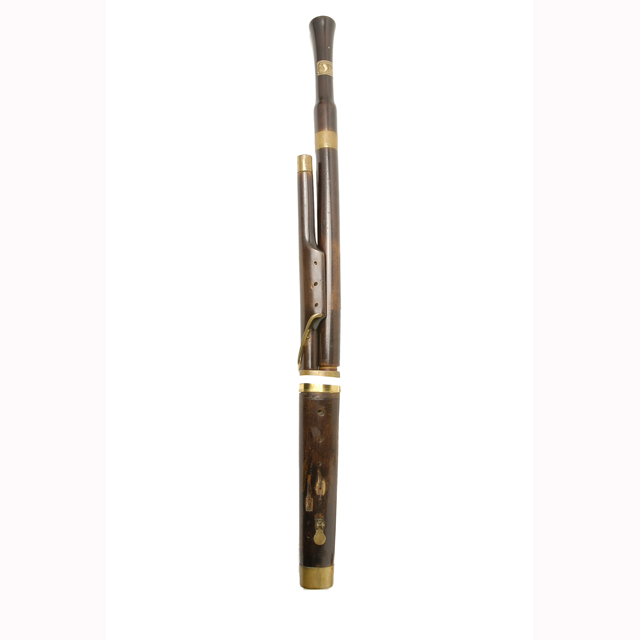 The tenoroon is pitched in F and is therefore a perfect fifth higher than the standard bassoon in B flat. This gives rise to the French name: basson quinte. The instrument was made sporadically by a number of makers in the 19th century, especially in England and France. Some opera houses and military bands experimented with the tenoroon as a substitute for the cor anglais, but it was perceived to lack a distinctive tone and never gained wide popularity. However, the tenoroon did find a niche as an educational instrument, and many aspiring young bassoonists in the 19th century started out on the tenoroon, as its keys and holes were easier to reach than those of its larger counterpart.