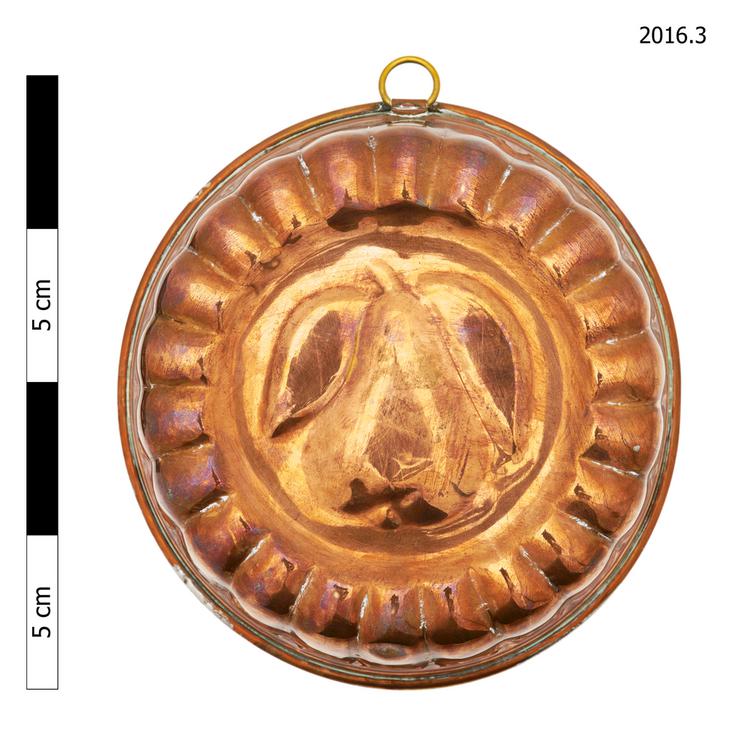 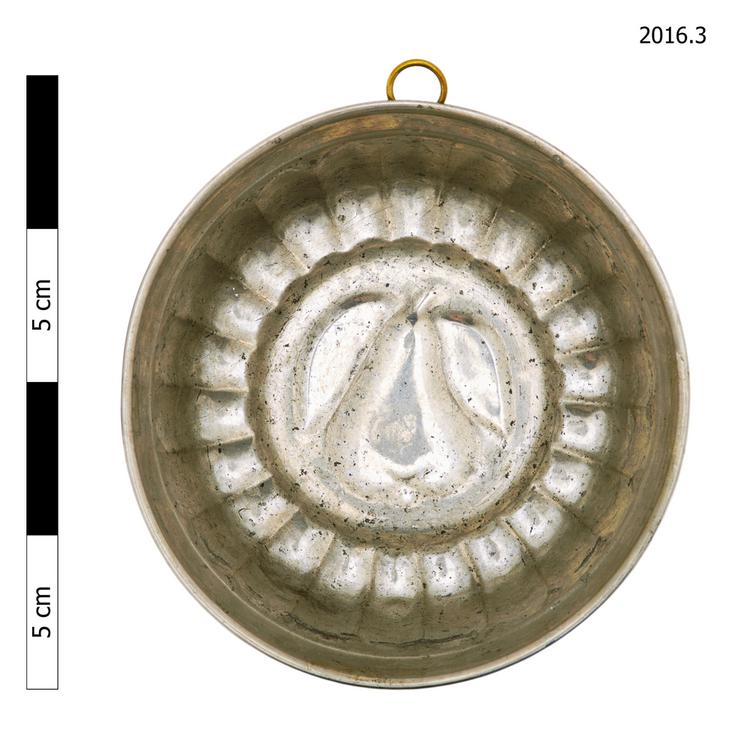 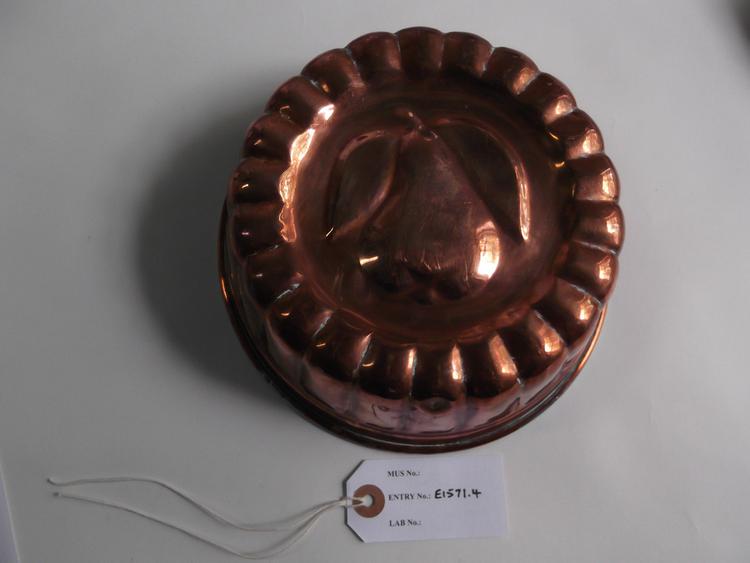 Copper dessert mould with a pear fruit motif, made in Sweden and collected in Uppsala in Sweden. The mould has a silver-coloured interior, a rolled rim and a copper loop riveted above the rim. The design of the embossed moulding is focused on the base. It consists of a thick ring of raised mounds, surrounding a central space with an embossed stemmed pear with two leaves. The grooves between the mounds continue, though less defined, down the sides of the mould.