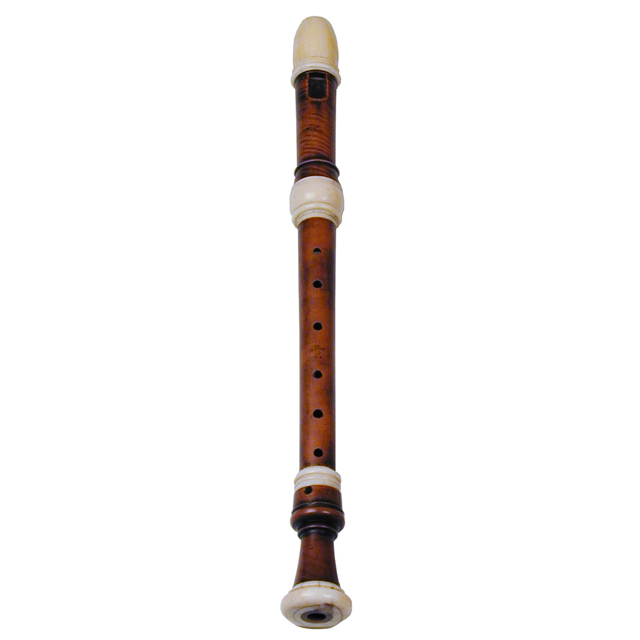 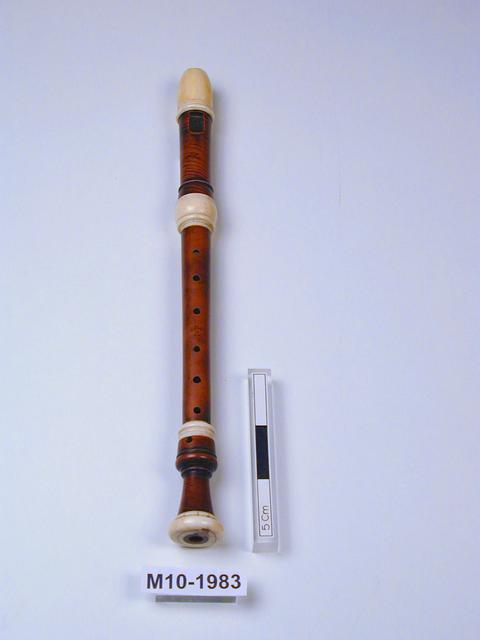 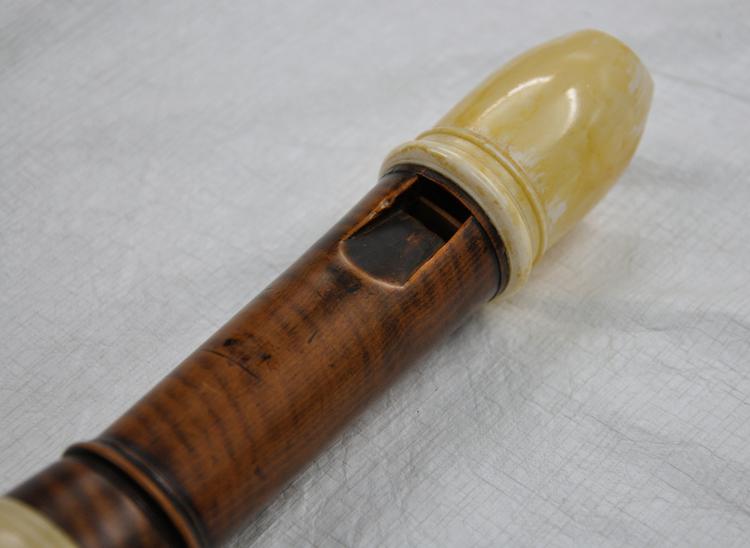 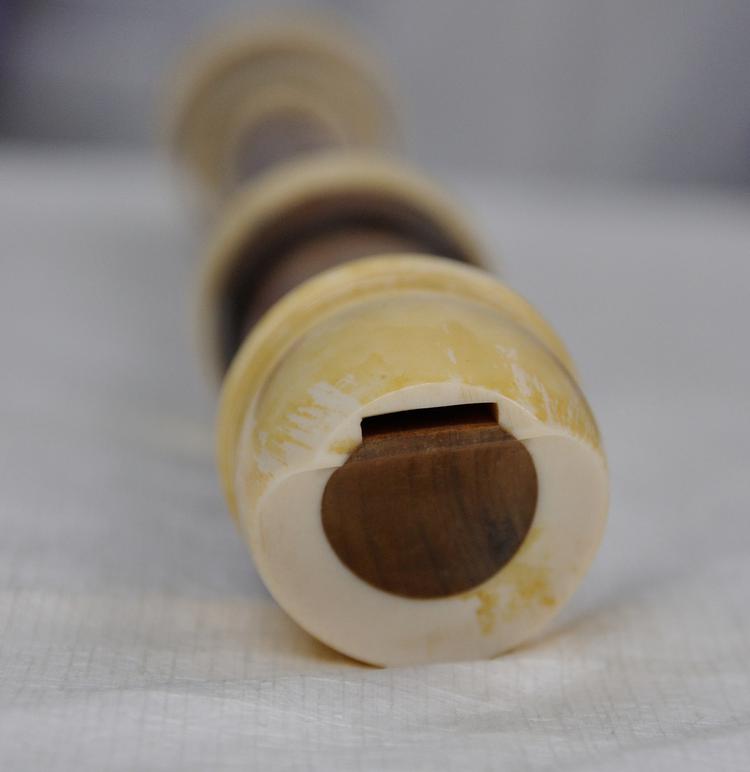 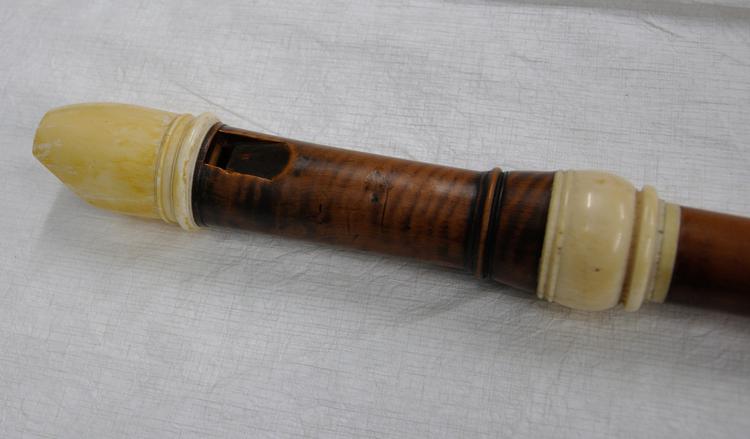 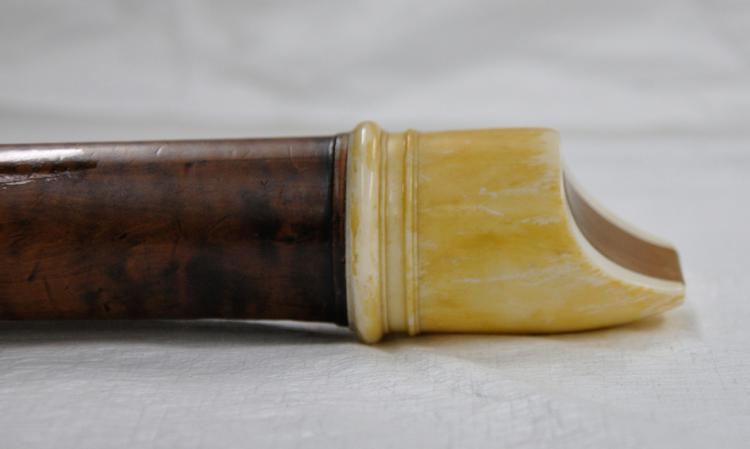 Treble recorder. Constructed in three joints: head, body and foot. It is made of stained boxwood with ivory mounts on head and foot joint and ivory foot ring. The beak is later. An extra ring of ivory at the top of the body marks the re-extension of the instrument to its original length: it had been shortened to conform to modern pitch, but has now been re-extended to Baroque pitch. The head of the instrument is a replacement. Overall length 19 7/8 inches. Stamped: Pul/BRESSAN.
overall: 505 x 48 mm; 19 7/8 in.

When, in 1919, the seven year old Carl Dolmetsch lost this Bressan recorder in Waterloo Station, his father Arnold Dolmetsch was driven to make one himself. Dolmetsch then began making recorders commercially with his own design of the mouthpiece. This gave the tone a lighter, flute-like tone compared to conventional recorders. The Dolmetsch recorder soon became synonymous with children's musical education. Recorders were easy to manufacture and so schools were able to buy them in bulk. Sound production was easier for recorder than for other woodwind instruments; this allowed children to explore music more easily. The original (cracked) mouthpiece of this recorder is shown in the four portraits of Arnold Dolmetsch in Plate XXII of Mabel Dolmetsch's 'Personal Recollections of Arnold Dolmetsch' (London; Routledge, Kegan Paul, 1957). Arnold Dolmetsch purchased this recorder at the sale of W. T. Taphouse's collection on 7 June 1905 and made a replica in around 1920, which is now in the Edinburgh University Collection of Historic Musical Instruments (no. 259). The recorder is a duct flute that is classified according to the system of Hornbostel and Sachs as an 'open flute with internal duct, with fingerholes'.