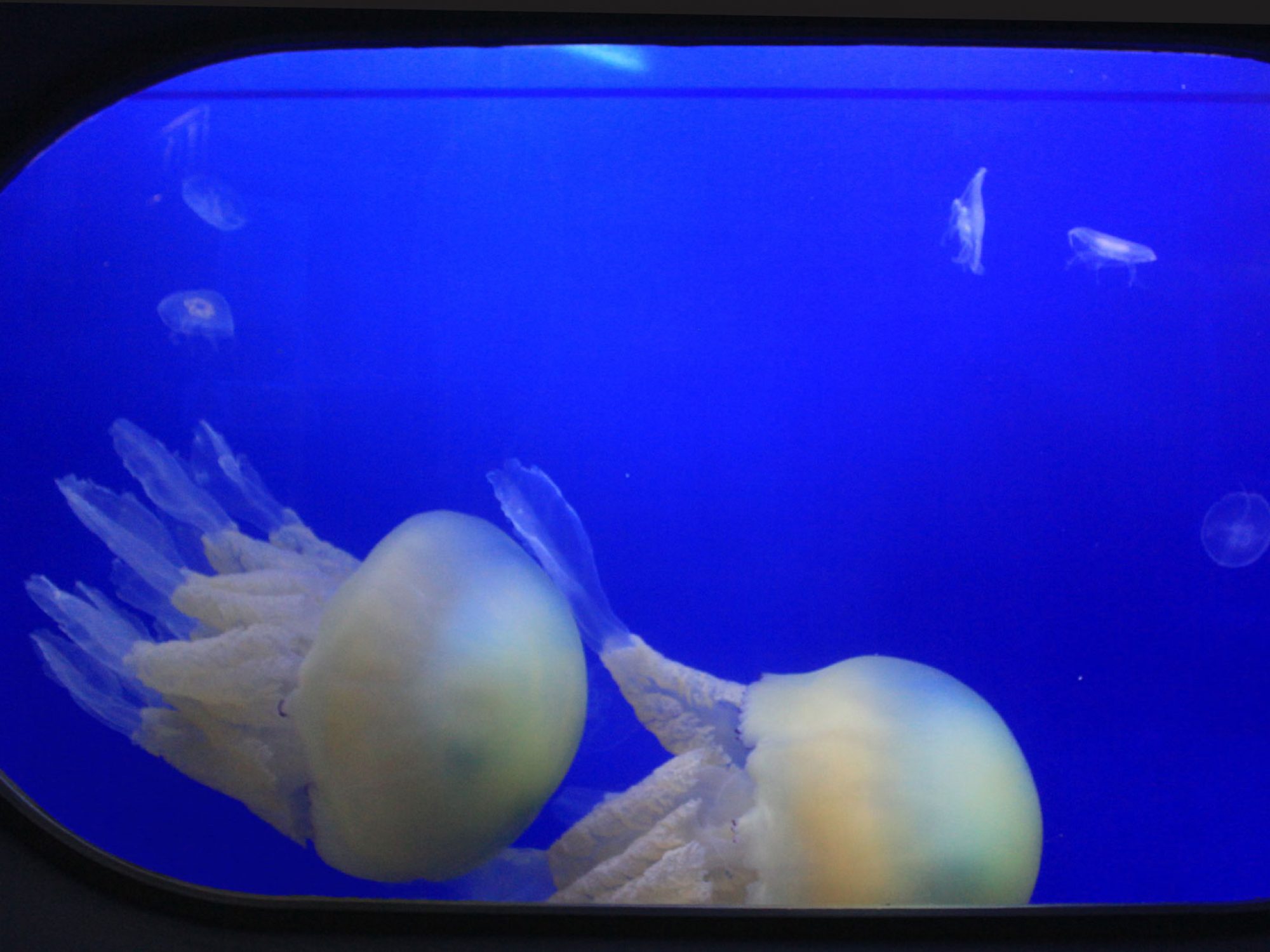 We have been researching barrel jellyfish in our Aquarium since 2014.

Barrel jellyfish are one of the largest jellyfish found in British waters, with sporadic population blooms through our summer months around the UK coast line.

Culturing and breeding barrel jellyfish in captivity has historically been very difficult in the UK. The require careful transportation and a large tank or kreisel (circular aquarium) and this limits the number of adults kept in captivity. Being able to breed barrel jellyfish would solve some of these problems and diversify the Horniman’s collections.

The aim of our jellyfish research was to catch adult jellies and collect samples of their sex cells so we could breed young jellyfish through in-vitro fertilisation (IVF) at our Aquarium.

To do this, our Deputy Aquarium Curator, Michelle Davis, went in search of the barrel jellyfish, Rhizostoma octopus, on a field trip to the south coast.

The life cycle of the jellyfish

The project has been a success and Michelle has been able to record the life cycle of the barrel jellyfish in captivity.

Two days after fertilisation the eggs begin their transition into planula (the free swimming larvae stage). The planula then settle into polyps (sessile stage in the jellyfish life cycle).

The polyps grow in a small aquarium and are fed on live brine shrimp larvae, a popular planktonic food source used in aquariums.

The temperature in the aquarium is then dropped, which makes the polyps produce baby jellyfish. The polyps would experience this same temperature drop in the wild with the changing of the seasons.

The baby jellyfish, called ephyrae, are then transferred to a separate bowl of water with a slowly bubbling airline. The ephyrae feed on the live brine shrimp larvae until they grew enough to be moved into a mini kreisel tank.

As the barrel jellyfish grow the food they consume is increased to six feeds a day and after seven months they are big enough to go into the large display kreisel tank in our Aquarium for the public to view.

This research is ongoing as we experiment to develop and improve culturing techniques such as diet and temperature trials.

Jellyfish at the Horniman

Watch a video about the jellyfish life cycle and how we care for our jellies: